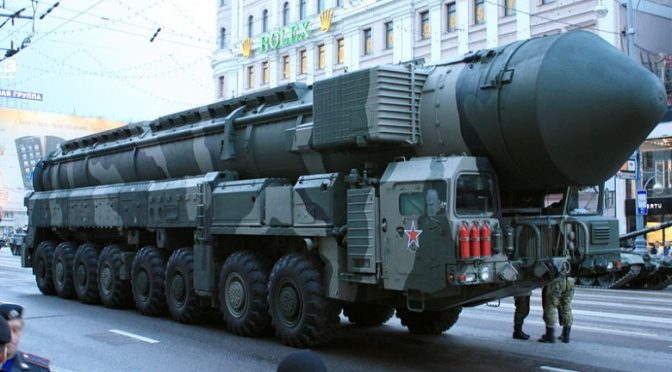 This article serves as a supplement to “Hear These Russian Warnings” from the Executive Intelligence Review.
The US military hegemony may be over when an early iteration of the Sukhoi fighter aircraft buzzed around USS Donald Cook navigating  the Black Sea in April 2014, that shocked its crew.


After this event, more than twenty of its crew requested immediate transfer to other assignments. Here’s why:


No mainstream medium would talk about that incident ever again.

Superiority of the Russian Air Force

In an open air to air combat, any Sukhoi iterations can have full domination of the skies. Even so, the Russians never sought to project and exploit this aerial advantage in practical terms elsewhere.

The Ka-52 Alligator is an advanced military helicopter that can fly day and night and in all weathers. It is designed to eliminate armoured and non-armoured ground targets, low-speed aerial targets and enemy frontline and tactical reserve forces, and can also fly surveillance missions and be used to direct a team of attack helicopters.

https://www.youtube.com/watch?v=8lw7oKhIu60
The R-36, (Russian: Р-36) is a family of intercontinental ballistic missiles (ICBMs) and space launch vehicles designed by the Soviet Union during the Cold War.
The original R-36 was produced under the Soviet industry designation 8K67 and was given the NATO reporting name SS-9 Scarp.
The later version, the R-36M was produced under the GRAU designations 15A14 and 15A18 and was given the NATO reporting name SS-18 Satan. This missile was viewed by certain U.S. analysts as giving the Soviet Union first strike advantage over the U.S., particularly because of its very heavy throw weight and extremely large number of re-entry vehicles.
Some versions of the R-36M were deployed with 10 warheads and up to 40 penetration aids and the missile’s high throw-weight made it theoretically capable of carrying more warheads or penetration aids.
Contemporary U.S. missiles, such as the Minuteman III, carried up to three warheads at most.
https://www.youtube.com/watch?v=6X8a39agFjE
The RT-2PM Topol (Russian: РТ-2ПМ Тополь (“Poplar”); NATO reporting name SS-25 Sickle; GRAU designation: 15Ж58 (“15Zh58”); other designations: RS-12M Topol)[1] is a mobile intercontinental ballistic missile designed in the Soviet Union and in service with Russia’s Strategic Rocket Forces.

The late Dr. Nikola Tesla did send electromagnetic weapons design to a number of countries as a form of mutual deterrence. This includes the technology behind HAARP and laser beam weapons. 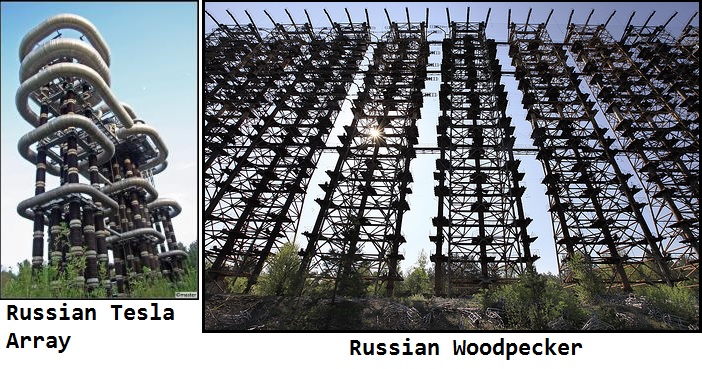 Russia Conducted the Biggest Military Exercise in History in 2014

The Russians have conducted the most number of military exercises in the last two years alone.

Russia has staged its biggest post-Soviet military drills in the Far East, involving 100,000 servicemen and a vast array of materiel.
During five days of exercises, troops were trained in repulsing a massive airstrike, combating an aircraft carrier, repelling a seaborne landing and many other military activities on a vast scale.
The drills, dubbed “Vostok-2014,” are the largest since the Soviet era. About 100,000 servicemen, up to 1,500 tanks, 120 aircraft, 5,000 pieces of weaponry, military and special hardware, and up to 70 ships took part in the exercises.
Military observers from up to 30 countries were closely monitoring the exercises. Military attachés from Angola, China, Malaysia, North Korea, Peru, Venezuela, Zimbabwe and various other countries attended the ultimate stage of the drills at Skalisty Cape in Kamchatka, with Russia’s Defense Minister Sergey Shoigu joining them. The supply units were to move 10,000 tons of munitions, fuel, food supplies and other materials over long distances, sometimes as far as thousands of kilometers.
continue reading »
–

Above all these technical superiority and readiness which should provide adequate deterrence, the Russian military understand that while the West is just aiming simply for military dominance, they however have the highest mission in mind and that is the preservation of their own Mother Russia.

“The most powerful weapon on earth is the human soul on fire.”

What that means is that the Russian military will always enjoy higher personnel morale over that of the West.
Together with China and India which the Russians treat as co-equal rather than mere subjugates, the BRICS is indeed a megaforce to be reckoned with.
And we hope that the US hawks will finally realize that they’re just chickens sending other fathers’ children to war because they couldn’t fight their own.
We can help bring down the Cabal and defeat the Depopulation Agenda
Big Pharma is one of the sources of funds for the Cabal. It also serves as the weapon of mass destruction via vaccine tainted with live virus it is suppose to protect us from, and the deadly chemicals use to treat our diseases that they caused through our GMO / pesticide contaminated food supply.
We can avoid using drugs, defeat any viral attack and scaremongering easily by knowing how to build our own comprehensive antiviral system. Find more about it here.