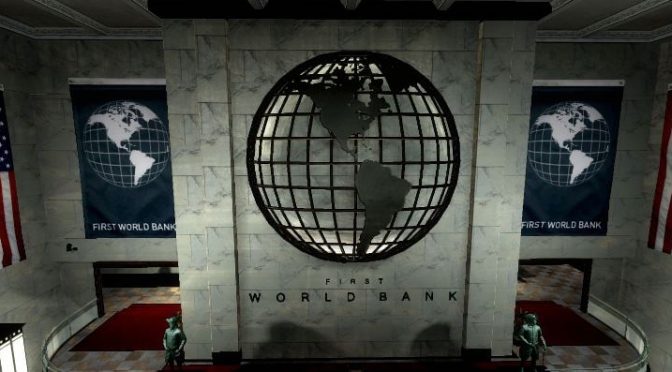 Published time: March 24, 2015 17:1
Washington and the World Bank have no choice but to co-operate with Beijing on the new China-led development bank. The US has changed its tune after first opposing its allies cozying up to China.
“This is a gigantic concession on the part of the US, that it is not the world’s only superpower,” Jeffrey Albert Tucker, CLO of the Foundation for Economic Education, told RT.
Instead of fighting the new China-led development bank, the US was forced to add its support to the development bank after allies jumped ship to join the $100 billion China-led project that could rival the World Bank.
“This represents a dramatic shift on the part of Washington and a concession to its allies in Europe,” Tucker said.
US officials had voiced displeasure when the UK, Germany, France and Italy agreed to work with the Bank, but now, in an apparent concession, the US will work with, and not against, the new global development fund. The White House wants to co-finance projects with Beijing along with existing banks such as the World Bank, the WSJ reported Monday.
[soundcloud url=”https://api.soundcloud.com/tracks/197459688″ params=”color=00cc11″ width=”100%” height=”166″ iframe=”true” /] The offer is a massive U-turn in Washington’s stance on the Asian Infrastructure Investment Bank. The tone quickly changed last week after an unnamed US official told the Financial Times that America was “wary about a trend toward constant accommodation of China.”