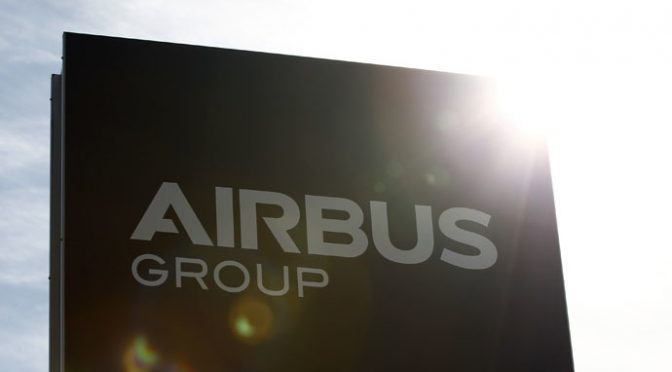 As the Europeans are wondering whether Chancellor Merkel is a CIA mole or not, they’ve decided to file charges against NSA and BND for industrial espionage, a precursor for a larger US/EU battle.

The geopolitical scene is getting more interesting by the day.

Airbus goes to court over reports of NSA/BND espionage

Published time: May 01, 2015 08:53
European aviation consortium Airbus said it would file criminal charges over industrial espionage, following reports that US and German foreign intelligence spied on the industry giant.
“We are aware that as a large company in the sector, we are a target and subject of espionage,” the company said in a statement to AFP on Thursday. “However, in this case we are alarmed because there is concrete suspicion of industrial espionage.”
The move follows reports in Bild newspaper and Der Spiegel news magazine based on intelligence documents, claiming US spy agency, the NSA, deliberately targeted Airbus and Eurocopter – also run by the French-based company. The reports additionally revealed Berlin was aware of the espionage and kept quiet since 2008.
Following the allegations, Airbus “asked the German government for information.”
“We will now file a criminal complaint against persons unknown on suspicion of industrial espionage,” the company said.
It is alleged the German Foreign Intelligence service (BND) collaborated with the NSA in providing information about Airbus’ industrial secrets. The German media reports also alleged BND used the Bad Aibling monitoring station in Bavaria not only to spy on industrial business, but also to eavesdrop on the French president, the French foreign ministry, and the European Commission.
A French foreign ministry spokesman was quoted by DW as saying: “We are in close contact on this issue with our German partners.”
The German public and the political elite were furious following the 2013 disclosures by former NSA contractor Edward Snowden, into the NSA hack of Chancellor Angela Merkel’s cell phone. Yet while promising to respond, Germany has done nothing over the years.
RT
One of the significant sources of funds for the Nazionist Khazarian Mafia is the healthcare industry which registered a whopping $3.09 trillion in 2014, and is projected to soar to $3.57 trillion in 2017, in the US alone. We believe that this is just a conservative figure.
We can avoid using drugs, defeat any viral attack and scaremongering easily by knowing how to build our own comprehensive antiviral system. Find more about it here.