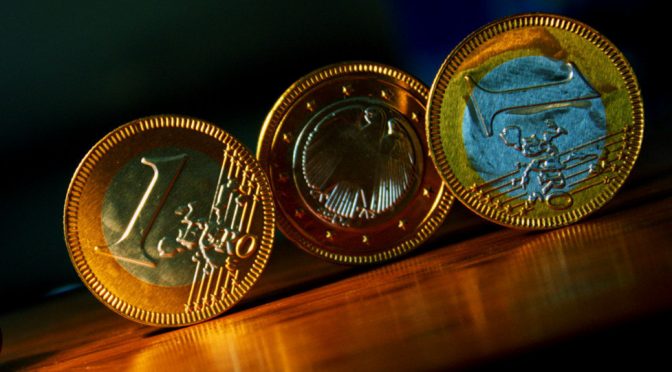 It’s Germany that’s been pressuring the Greeks to pay up even though the former has dodged its sovereign debts in the past. Now, even a German medium is  predicting a dire scenario for the Eurozone.

Beginning of the End: Collapse of Eurozone Has Started – German Media

14:39 13.07.2015(updated 15:24 13.07.2015)
Many international observers called the recent EU summit a “humiliation of the Greeks.” The talks which were the longest in the history of the Union diminished all values for which the EU once stood, they said.
According to DWN, this is the end of the EU in its previous form — a political union, cherishing mutual trust and democratic principles. The democracy is now becoming a marginal phenomenon. ‘Strong’ states now give ultimatums to ‘weak’ ones in a way that was never done before.

On Monday, Greece and Eurozone leaders are finally reported to have reached a unanimous agreement, according to which Greece may get 86 billion euros over the next three years if it conducts the necessary reforms.

The imposed economic policies, however, will destroy the Greek economy. The Greek banks will partially collapse, while many savers will lose their money. The policy of austerity has not worked in the past five and a half years, and is unlikely to work now, the newspaper wrote.
The consequences for Eurozone countries will be dramatic. The Greek banking panic could in seconds become a European banking panic which would be uncontrollable. The solidarity in the EU is eroding, with countries acting in their own selfish interests. The refugee crisis is likely to become the next failure in the EU, which will have members acting in their own interests and not in the interests of the Union as a whole, the article said.
According to DWN, Angela Merkel and Wolfgang Schäuble have overnight transformed the EU into an entity that is no longer held together by trust, but only by naked fear.
With the signing of the agreement with Greece the nightmare for the EU has begun. Life in Europe is no longer determined by contracts, but by the law of the jungle, the newspaper wrote.
Sputnik

One thought on “Collapse of Eurozone Has Started – German Media”