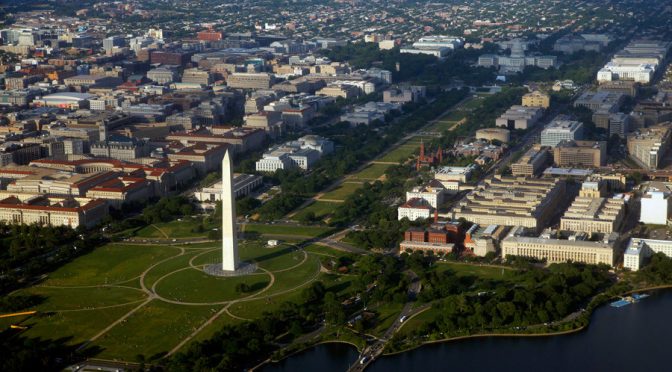 Ashley Madison is a dating site for facilitating extra marital affairs for those who believe that “Life is too short” and can afford the cost related thereto. It turns out, most of those walking in the halls of Washington DC and London are using this portal to get more out of their miserable domestic lives.
Email accounts bearing .gov and .mil domain extensions are issued exclusively from US government and US military websites. US taxpayers’ money well spent.
We were told to watch as the cabal takedown unfolds. Let’s see if this one has any effect intended on the organized criminals headquartered in DC and London.

The release of records pilfered by hackers from the infidelity website Ashley Madison may present a headache for thousands of US government and military personnel, who used their official emails to register.
According to preliminary analysis of the data, which appeared on the ‘dark web’ on Tuesday, almost 60,000 members have addresses in Washington, DC, and over 15,000 accounts were affiliated with a .gov or a .mil address.
After holding the data hostage for a month, the hacker group calling itself Impact Team released almost 10 gigabytes of Ashley Madison records, containing sensitive customer information such as payment transaction and credit card details, emails, names, addresses, phone numbers and member profiles.
Owned by Avid Life Media, Ashley Madison boasts over 38 million users drawn to the company’s slogan “Life is short. Have an affair.” Membership is free for women, while men pay $49 for 100 credits on the site, used to chat, send messages and virtual gifts.
As the website DCist pointed out, the leaked records list 15,019 accounts using an email address belonging to domains used by the US government or the military. Some 6,788 accounts used us.army.mil emails, while the Navy and the Marines accounted for 1,665 and 809, respectively.
A list compiled by one Twitter user gives a detailed breakdown of all the emails from government domains included in the data dump.
The government agency with the most Ashley Madison users – 104 – was the already scandal-ridden Department of Veterans Affairs (va.gov). Federal Bureau of Prisons had 88 email addresses, 52 belonged to the US Postal Service, and 45 to the Department of Homeland Security.
Employees of the Social Security Administration (42 emails), the State Department (33) and the IRS (six) were also on the list. Local government employees in the District of Columbia (22) and Montgomery County, Maryland (22 as well) also used work addresses to sign up for extramarital affairs.
According to the data dump, there are 44 accounts using a WhiteHouse.gov email address. However, White House officials actually use a different domain, eop.gov, noted The Hill.
Since Ashley Madison did not require email verification, anyone could have used addresses from government domains or made-up ones. However, users of the site may still be identified by other data included in the release.
“It appears to contain addresses, as well as GPS coordinates. I suspect that many people created fake accounts, but with an app that reported their real GPS coordinates,”wrote Robert Graham, CEO of Errata Security, adding that the data in the dump “appears legit.”
This would not be the first time government employees have used work emails to register for shady online services. In May 2015, hackers leaked personal information of approximately 3.9 million users of Adult Friend Finder, including online handles, email addresses and sexual preferences. Among the public officials caught with their pants down were employees of the Department of Homeland Security, Federal Aviation Administration, and the Washington, DC police.
http://www.rt.com/usa/312875-govt-emails-ashley-madison/ 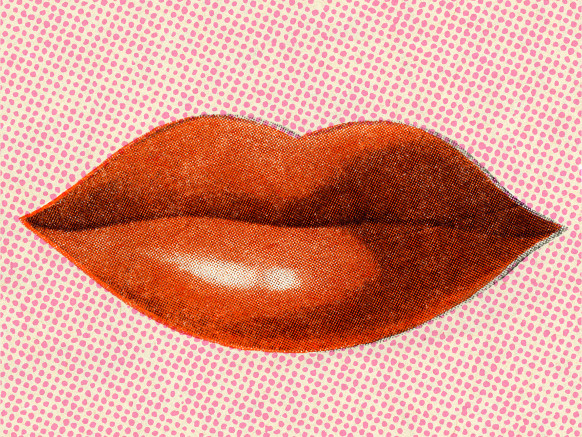 Hackers who stole sensitive customer information from the cheating site AshleyMadison.com appear to have made good on their threat to post the data online.A data dump, 9.7 gigabytes in size, was posted on Tuesday to the dark web using an Onion address accessible only through the Tor browser. The files appear to include account details and log-ins for some 32 million users of the social networking site, touted as the premier site for married individuals seeking partners for affairs. Seven years worth of credit card and other payment transaction details are also part of the dump, going back to 2008. The data, which amounts to millions of payment transactions, includes names, street address, email address and amount paid, but not credit card numbers; instead it includes four digits for each transaction that may be the last four digits of the credit card or simply a transaction ID unique to each charge. AshleyMadison.com claimed to have nearly 40 million users at the time of the breach about a month ago, all apparently in the market for clandestine hookups.“Ashley Madison is the most famous name in infidelity and married dating,” the site asserts on its homepage. “Have an Affair today on Ashley Madison. Thousands of cheating wives and cheating husbands signup everyday looking for an affair…. With Our affair guarantee package we guarantee you will find the perfect affair partner.”
The data released by the hackers includes names, addresses and phone numbers submitted by users of the site, though it’s unclear if members provided legitimate details. A sampling of the data indicates that users likely provided random numbers and addresses, but files containing credit card transactions will yield real names and addresses, unless members of the site used anonymous pre-paid cards. One analysis of email addresses found in the data dump also shows that some 15,000 are .mil. or .gov addresses.
The data also includes descriptions of what members were seeking. “I’m looking for someone who isn’t happy at home or just bored and looking for some excitement,” wrote one member who provided an address in Ottawa and the name and phone number of someone who works for the Customs and Immigration Union in Canada. “I love it when I’m called and told I have 15 minutes to get to someplace where I’ll be greeted at the door with a surprise—maybe lingerie, nakedness. I like to ravish and be ravished … I like lots of foreplay and stamina, fun, discretion, oral, even willingness to experiment—*smile*”
Passwords released in the data dump appear to have been hashed using the bcrypt algorithm for PHP, but Robert Graham, CEO of Erratasec, says that despite this being one of the most secure ways to store passwords, “hackers are still likely to be able to ‘crack’ many of these hashes in order to discover the account holder’s original password.” If the accounts are still online, this means hackers will be able to grab any private correspondence associated with the account.
It’s notable, however, that the cheating site, in using the secure hashing algorithm, surpassed many other victims of breaches we’ve seen over the years who never bothered to encrypt customer passwords.
“We’re so used to seeing cleartext and MD5 hashes,” Graham says. “It’s refreshing to see bcrypt actually being used.”
Here’s how the hackers introduced the new data dump:

Following the intrusion last month, the hackers, who called themselves the Impact Team, demanded that Avid Life Media, owner of AshleyMadison.com and its companion site Established Men, take down the two sites. EstablishedMen.com promises to connect beautiful young women with rich sugar daddies “to fulfill their lifestyle needs.” The hackers didn’t target CougarLife, a sister site run by ALM that promises to connect older women with younger men.
“Avid Life Media has been instructed to take Ashley Madison and Established Men offline permanently in all forms, or we will release all customer records, including profiles with all the customers’ secret sexual fantasies and matching credit card transactions, real names and addresses, and employee documents and emails,” the hackers wrote in a statement following the breach.
To show they meant business, they posted sample files containing some of the stolen data, which included company financial information detailing employee salaries and documents mapping the company’s internal network.
The hackers appeared to target AshleyMadison and EstablishedMen over the questionable morals they condoned and encouraged, but they also took issue with what they considered ALM’s fraudulent business practices. Despite promising customers to delete their user data from the site for a $19 fee, the company actually retained the data on ALM’s servers, the hackers claimed. “Too bad for those men, they’re cheating dirtbags and deserve no such discretion,” the hackers wrote. “Too bad for ALM, you promised secrecy but didn’t deliver.”
Avid Life Media defiantly ignored the warnings and kept both sites online after the breach, promising customers that it had increased the security of its networks.
That wouldn’t matter for the customers whose data had already been taken. Any increased security would be too little too late for them. Now they face the greatest fallout from the breach: public embarrassment, the wrath of angry partners who may have been victims of their cheating, possible blackmail and potential fraud from anyone who may now use the personal data and bank card information exposed in the data dump.

“Avid Life Media has failed to take down Ashley Madison and Established Men,” Impact Team wrote in a statement accompanying the online dump Tuesday. “We have explained the fraud, deceit, and stupidity of ALM and their members. Now everyone gets to see their data…. Keep in mind the site is a scam with thousands of fake female profiles. See ashley madison fake profile lawsuit; 90-95% of actual users are male. Chances are your man signed up on the world’s biggest affair site, but never had one. He just tried to. If that distinction matters.”
The hackers deflected responsibility for any damages or repercussions that victims of the breach and data dump may suffer.
“Find yourself in here? It was ALM that failed you and lied to you. Prosecute them and claim damages. Then move on with your life. Learn your lesson and make amends. Embarrassing now, but you’ll get over it,” they wrote.
It’s important to note that Ashley Madison’s sign-up process does not require verification of an email address to set up an account, so legitimate addresses might have been hijacked and used by some members of the site. One email in the data dump, for example, appears to belong to former UK Prime Minister (Tony Blair).

Avid Life Media condemned the release of the data.
“This event is not an act of hacktivism, it is an act of criminality. It is an illegal action against the individual members of AshleyMadison.com, as well as any freethinking people who choose to engage in fully lawful online activities,” the company said in a statement. “The criminal, or criminals, involved in this act have appointed themselves as the moral judge, juror, and executioner, seeing fit to impose a personal notion of virtue on all of society. We will not sit idly by and allow these thieves to force their personal ideology on citizens around the world.”
This story was updated as it developed.
http://www.wired.com/2015/08/happened-hackers-posted-stolen-ashley-madison-data/

One thought on “15,000 Ashley Madison accounts were affiliated with a .gov or a .mil address”