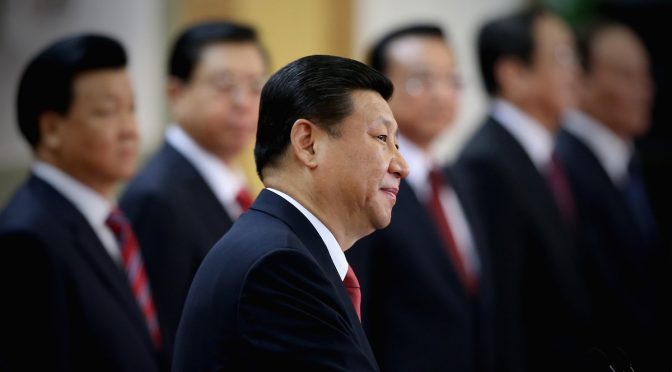 The year 2015  started with much optimism owing to the resolute drive of the BRICS countries to move out from the old Western paradigm of “out of chaos, order” to  Oriental philosophy of “win-win” cooperation between the East and the West.

The anticipated fiat financial crash is about to happen with only the exact date that is unknown.

That’s why the war chickenhawks of the West are still desperately trying to start a thermonuclear confrontation with the East.  Aside from daylight incursions, there were also covert attacks and counterattacks with real casualties on the ground.
When China’s Shanghai Stock Exchange was attacked with the usual Soros-like speculative rumor mongering weeks ago, the former retaliated quickly with cyber offensive against NYSE and American Airlines costing massive flight cancellations and stock market disruptions.

But that wasn’t the end of it. China still has a few tricks up on her sleeve and she did the unthinkable. Instead of allowing the yuan currency to appreciate in value as what the West has been demanding for decades, the People’s Bank of China did the exact opposite and devalued the yuan for three successive days, or until the West responded explosively.
China’s recent attempt to tear down the dominance of the fiat dollar by successive devaluation of its yuan currency has been cut shortly by the Tianjin Blast that kills more than a hundred and injured 700 more.

This attack on the Chinese economy was followed by another bombing in central Bangkok Thailand targeting foreign tourists; several Chinese tourists were among the casualties.

Understand that up to this point, China did not engage herself in actual kinetic warfare with the West. Now, it has come to a point when the nation’s strategy is expected to change.
China has just tested one of its deadliest first strike ICBM with multiple independently targetable reentry vehicles [MIRV]. Previously, its supersonic armed capabilities was also demonstrated:

Military pieces between NATO and Russia are also being moved into strategic locations, with the former mostly utilizing proxies as advance foot soldiers and cannon fodders. UK and US military advisers are already training their pawns in what could be their final assault against Russia.
If there’s any consolation amidst this saber rattling between historical foes and the insatiable drive to dominate whole sections of society by the exceptionalist few, it’s the capacity of war deterrence by Russia as displayed during its simulated attacks on USS Donald Duck in the Mediterranean.

Still in the realm of economics, Saudi Arabia and the rest of the OPEC countries have increased oil productions to purposely bring down the price of oil in the world market and kill the US shale industry. Another way to look at this is how they are converting as much oil resource into hard currency [gold for oil] as possible in preparation for a shift to non fossil new energy system only a few moons from now.
This ongoing covert war is not only fought within the realms of the military and finance but also in the new interactive media. Just recently, another successful breach came into the fore., this time against a dating website Ashley Madison which exposes VIP accounts of people in Washington DC and London.

This recent media offensive against the exceptionalists is on top of the pedophile exposure against prominent personalities inside Western Oligarchy and political elite.
The Nazi-House of Windsor connection has also been firmly established in the mainstream media. Only the severely brainwashed should continue to worship these lowlife parasites.

On top of all the media, acoustic and kinetic wars, there is a far more covert assault being planned against all human species of this planet. The Vatican is about to launch what could be its most sinister psychological offensive in its entire history.
Next month, the use of the biggest geopolitical platform that is the United Nations to launch the Vatican’s “climate change” type agenda, as previously leaked to the media in a form of an encyclical, will plunge the planet into a globalist control mechanism that is more deceptive than what we have experienced so far.

In another sign of things to come, leaders from BRICS countries and the Vatican will be hitting the podium at the United Nations General Assembly on September.
Back in 2014, Pope Francis was said to have issued an official statement that addresses the integrity of every corporation on Earth.

Whether that is true or not, all Corporate Monopolies are still in full operation on this planet. Until such time as all governments of the world perform and behave as they should, all these psychological acrobatics mean nothing.
While, it is true that the people of the world have acquired a certain level of awareness previously unobtainable, the organized criminals are also upping the ante by using every tool at their disposal. We have no other recourse but to remain vigilant and should try to anticipate their next move even at the point of being proven wrong in the end.
It’s far better to err on the side of caution than to deal with a scorched planet, or the rise of mindless automatons.

Here is a big list of what’s coming by next month and let’s try to anticipate how these events will be exploited…
Possible flash points still remain to be Ukraine, Syria and the Korean Peninsula: