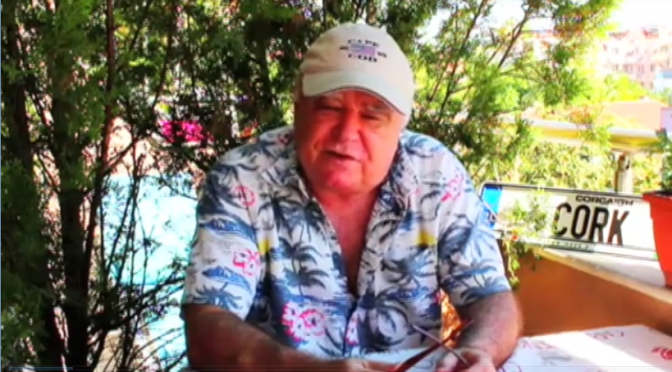 Are you sitting? Are you ready to rumble?
If not get ready because the curtains are opening and we better be at the front of the show. Not just Jesuits and Illuminati.

According to Neil Keenan, the Collateral Accounts are now verified and are ready to be released on or before January 2016. Please watch the video below.

Are you sitting? Are you ready to rumble?
If not get ready because the curtains are opening and we better be at the front of the show. Not just Jesuits and Illuminati.
Hell, they have controlled humanity almost from the beginning of the civilized world – why wouldn’t we want control now?
Wouldn’t we do a better job? Well guess what?
IT’S SHOWTIME!
1. The Jesuits are making an attempt to steal back the financial system.
They have already taken the Vatican back from the Illuminati (who work for the Jesuits – or did). Now they attempt to implement their New World Order. We are the ones that they plan to slaughter!!
Watch out for Agenda 30 not Agenda 21…
2. We, most countries do not have any debt.  Most countries are incorporated not sovereign.
Most are called a government but are in fact not so. If we do not have a proper Government then we have every right to file Civil Litigation against those who defraud us by claiming to be a Government – no matter who or what they think they are.
This not only reaches the top towers of the Capital Buildings but also the Supreme Courts. For example the Federal Reserve Bank in America, not the United States – has been printing money at a 17% interest rate clip for “We the People” to pay.
This is the Federal Reserve System doing this – not the Government, seeing as we do not have one. We have been paying this because we have been deluded by the Jesuit / Illuminati factions.
If we in fact – do not have a true Government then this printing machine called the FRB which is printing ‘money’ for the Government (We the People) without our knowledge – they are defrauding everyone living within the US (and in almost all other countries as nearly all countries have a Rothschild Reserve Bank). Now you know why the Elite does not pay taxes; only the middle class ever really has.
This is another reason why ‘they’ are cleaning house with the middle class. The middle class has to go if the US are to collapse. Yes I said US – but no one said America has to collapse.  We still stand and stand tall.
The very same goes for Europe  / Asia / Africa / Oceania / the Middle East and everywhere else. We have all been had, but now are in position to bounce back – and bounce back strong.
3. Group K is in the Banks now.
Yes the notes have been authenticated and Group K is holding the power over the notes.  Not much more will be mentioned here but the initial number we are talking about is $1.7 Trillion…
We are not talking about the West doing anything at all, but will be moving through the West shortly. If any banks begin to play with us we have the documentation to take them all down.
We have a full record of accounts, names and numbers and the details of what the Banks have done with the assets to this very day.
Irishman Chris Brosnahan has done a magnificent job in assisting me and we are ready to break down the doors.  Without  Chris advising me to stay cool I would be identified by the banks as the Barbarian at the Gate. Many thanks to Chris.
Most recently, I have been told that a huge explosion is going to take place and it is something that is imminent. I cannot wait, seeing as I have held back for such a long period of time to let it all out – and the time seems to be now.
Below you will find the video. It does not necessarily correlate with what is being said here, in that it was filmed approximately 3 days before this article (attached) was published.
http://www.wakeupkiwi.com/downloadpapers/Jesuit-Lucifer-NWO-Vs-Roman-Cult-Nihilist.pdf
Nevertheless, you now have this information and how you deal with it is up to you. I wish you the best and want you to know once this is over with I am going to be moving away to relax for a while.
It has been a long ordeal, and again – once completed the hard part is done. Thanks to all and pray we get it done sooner rather than later.
Video Update: September 3 2015

Copyright © 2015, GROUP K, Ltd.
One of the significant sources of funds for the fascist Nazionist Jesuit Khazarian Mafia is the healthcare industry which registered a whopping $3.09 trillion in 2014, and is projected to soar to $3.57 trillion in 2017, in the US alone.
We can help take down the Dark Cabal by avoiding drugs, defeat any viral attack and scaremongering easily by knowing how to build our own comprehensive antiviral system. Find more about it here.

3 thoughts on “Get Ready, The Curtains are Opening [Keenan]”