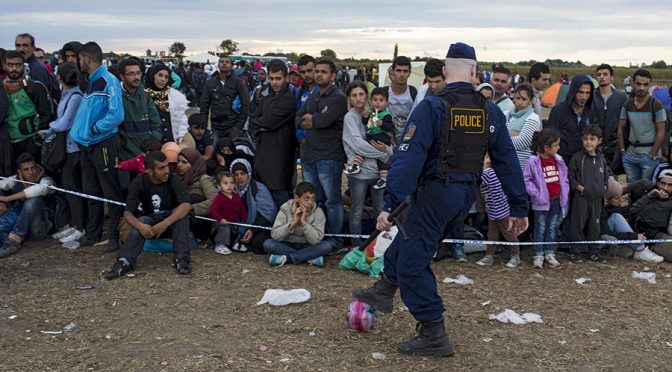 We’ve been taught by the wise men that no single event in the entire history that is not premeditated. All events, however seemingly unconnected, are all preprogrammed and all the major players are mere actors.

Wars and sectarian conflicts are mostly foreign induced. It’s been the cause of major conflicts in the Middle East as well as in other countries including our own.
The Jesuit’s liberation theology encourages radicalism while its other arm, the CIA, forces the local military leadership to run after these radicals in a wider program known as low intensity conflict [LIC]. The same organized group creates the problem, and provides a predefined set of solutions which do not exactly end the problem for good, but only seek to sustain it.
Until now, we are at risk of being ran into by paramilitary groups searching homes in the dead of the night looking for radicals and anti-establishment activists.

According to an Interaksyon report, at around 4 a.m, hundreds of residents of at least six sitios in KM16, Han-ayan, Barangay Diatagon were forced to gather in the middle of the community to witness the execution of Jionel Campos, chairman of the Malahutayong Pakigbisog Alang sa Sumusunod or MAPASU and his cousin Aurelio Sinzo, as they were allegedly strafed by joint forces of Magahat and Bagani gunmen.

The teachers and students of the Alternative Learning Center for Agriculture and Livelihood Development (Alcadev) also witnessed the executions as they were roused and ordered by the paramilitaries to join the residents at KM16. Alcadev is an alternative school put up by religious and non-governmental organizations to provide education to lumad communities. The schools, however, have been accused by the military of supporting the NPA.

The New People’s Army [NPA] is the military arm of the leftist Communist Party of the Philippines. We already know who are behind communism and all other isms in the world, of course.
Now, everybody realizes that all the wars fomented against the Middle East nations resulted in the mass exodus of people trying to survive and are entering Europe in rubber boats because they could not trust the House of Saud which they know is partly responsible for the rise of ISIS and the proliferation of the Syrian conflict.
Interestingly, although at first the European countries were hesitant to accept the massive asylum seekers for integration into their society, it’s now pretty clear that their politicians were only just putting up a good act and their business sectors are more than happy to accommodate and welcome the onslaught of potential slave laborers. 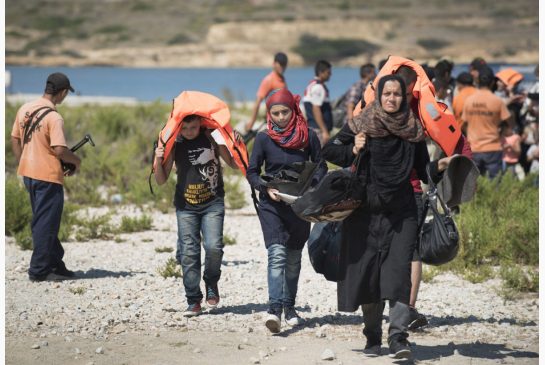 In the same token, when they were very successful in keeping my country in a permanent beggar status for the last 118 years, it has become a great resource of “highly trainable” slave workers for multinational companies all over the globe. Surely, you would find some of my fellow countrymen in your neighborhood.
The Overseas Filipino Workers [OFWs] are a great source for much needed dollars that keep our national economy afloat and that of the IMF/World Bank, too.
The sad thing about all these migrant influx of cheap labor is it creates a local competition against highly paid workers of the host country, providing a good bargaining ace card for the corporations which mostly do not have nationalist loyalty but only to their vested interest, their own bottomline. 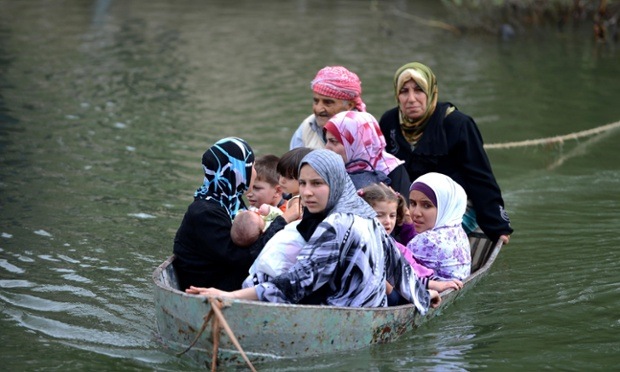 The same companies benefiting the corporate wars and covertly induced sectarian conflicts keep reaping the benefits from the forced dislodgement of citizens of the targeted countries and profits ever more.
Very sound business sense indeed.