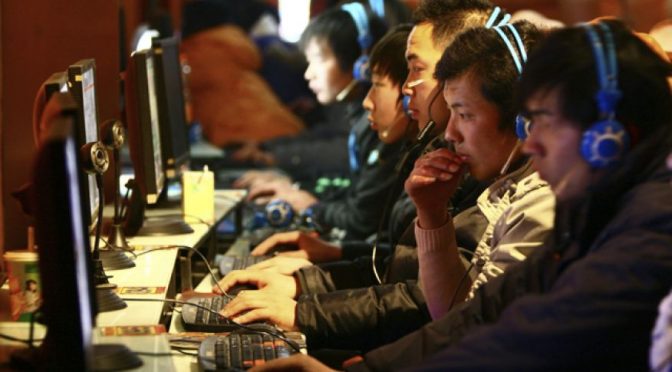 While Russia, together with Iran, is moving for a checkmate against the Khazarian organized fake Muslim caliphate, ISIS, in Syria and Iraq, and Japan has to deal with massive ongoing HAARP attacks in their territory, China is also being sabotaged diplomatically by Nazionist hardliners influencing the White House.

Just recently, the US NeoCon controlled media have been recycling the old and non-issue Chinese security breaches against US cyber infrastructures when the battle has been fought by both sides for some time now. In fact, all these attacks and counterattacks are mere part of the ongoing financial and geopolitical warfare that’s been going on rather covertly.

Not only that all these cybersecurity breaches are a non-issue, China does have the right to “steal” those industrial secrets because they’ve already been paid for, a long time ago. All technological advancements of the West were made possible by the financial backing of the owners of the Global Collateral Accounts which we have been discussing extensively for some time now.
In short, the US media is just crying foul, in the midst of an imminent Cabalist defeat, when surely the US is as guilty as China as far as global cybersecurity breaches are concerned. The only difference is: while China’s offensive are mostly restricted against Cabalist industrial, economic and military infrastructures, the United States cyber intrusions cover everyone, i.e. ordinary citizens, allies and perceived enemies, as detailed by the massive Snowden NSA Revelations.
It seems pretty obvious by now that the Khazarians controlling mainstream media are now trying to sabotage the scheduled state visit of President Xi Jinping to the White House and the scheduled speech in the UN General Assembly which, together with the speeches of Mr. Putin and Pope Bergoglio, along with the signing of major agreements that could be of significance to the future of humanity, may officially spell the end of US hegemony and the total loss of Khazarian grip on the global economy.
Another attempt to sow division among Russian allies is the deliberate feeding of false intel that led the Egyptian military to shot and kill 12 Mexican tourists while injuring 10 others.

“A joint force from the police and military, whilst chasing terrorist elements in the oasis area of the western desert tonight, accidentally engaged four four-wheel drives belonging to a Mexican tourist group,” Egypt’s Ministry of Interior said in a statement on Monday. “The incident resulted in the death of 12 Mexicans and Egyptians and the injury of 10 others who have been transferred to hospitals.”

At least two of the victims are Mexican nationals, Mexico’s Foreign Ministry has confirmed in a statement. An unspecified number of Egyptian guides were accompanying the tourists.

Mexican President Enrique Pena Nieto has condemned the tragic incident and demanded a thorough investigation in a statement posted on his Twitter account.

Earlier in the day, IS-affiliated Ansar Bait Al-Maqdis militants had claimed responsibility for attacking several Egyptian military locations in the Western Desert on social media. Local media reported that the military retaliated, inflicting significant casualties on the terror group. However, these reports have not been confirmed by the Egyptian forces.

The Kremlin’s official website fell under a massive cyber-attack on Monday, although it was repelled, the presidential press-secretary, Dmitry Peskov has revealed.

“On Sunday, a very powerful hacking attack was made on the Russian president’s website. The defense system worked, even though it was not easy,” Peskov, said as quoted by Russian media…
Earlier on Monday, the head of the Russian Electoral Commission, Vladimir Churov also told the Russian media that, on Sunday, the commission’s website came under a cyber-attack carried out by an US-based company.
“Yesterday someone attempted to hack our website and alter the data there making 50,000 requests per minute. They failed and we have already established the culprit – it’s a company based in San Francisco,” Churov told reporters adding that the documented proof of the attack would be prepared before the end of the week.
continue reading

A little over a week ago, FT suggested that the US was set to slap China with sanctions in retaliation for what the US claims are a series of cyber attacks. The news came a month after the NSA leaked a “secret” map to the press which purported to show the locations of hundreds of cyber intrusions which NBC said were used “to steal corporate and military secrets and data about America’s critical infrastructure, particularly the electrical power and telecommunications and internet backbone.”
Furthermore, the report continued, “the prizes that China pilfered during its ‘intrusions’ included everything from specifications for hybrid cars to formulas for pharmaceutical products to details about U.S. military and civilian air traffic control systems.” NBC cited “intelligence officials.”
The release of the map and subsequent indication that the Obama administration felt it needed to send a message in the wake of the OPM hack described as “the largest theft of US government data ever,” marked the culmination of a long cyber propaganda campaign which began with accusations that North Korea had attempted to sabotage the release of a Seth Rogen film and reached peak absurdity when Bloomberg reported that Chinese hacker spies had taken control of the Penn State engineering department.
Ultimately, all of this prompted the administration to “prepare a raft of sanctions to respond to [the] mounting commercial espionage,” FT reported. The problem with applying the sanctions now however, is that Xi Jinping is preparing to visit Washington and as anyone who knows anything about Xi is fully aware, he is not a man who enjoys being embarrassed, a fact that’s led some officials to voice concerns about the wisdom of leveling the sanctions now as opposed to after Xi and Obama have met and the Chinese President is back home in Beijing. The thinking is essentially this: “why risk making things awkward when the US could just wait and apply the sanctions later, allowing Xi to save face?”
Well sure enough, it now looks like the very idea that Washington is set to move ahead with the sanctions may be enough to prompt Xi to cancel the trip altogether. The Hill has more:
Sanctions punishing China for hacking U.S. companies could drive Beijing to cancel President Xi Jinping’s upcoming U.S. visit, according to experts and former administration officials.
The Asian power is increasingly anxious about the potential of economic penalties ahead of what’s seen as an important summit for the future of the U.S.-China relationship.
“The Chinese right now are getting very concerned because they understand this will create embarrassing optics around the visit for them,” said Samm Sacks, China analyst at the Eurasia Group, a political risk consulting firm, who has advised government agencies on Chinese tech policy.
While some experts and former White House cybersecurity officials are wary the administration will aggravate Beijing just days before Xi lands in Washington, current officials have privately indicated sanctions may be imminent.
Then again, The White House is also concerned that its reputation (or whatever is left of it as it relates to relations with China) will be damaged if the US allows a diplomatic visit to dictate America’s response to what’s been billed as aggressive cyber warfare:
“If they don’t announce the sanctions soon,” Sacks said, “it makes the Obama administration look weak.”
But when those penalties hit is a major question.
Many see little upside to timing the sanctions this close to the meetings. After months of anticipation, such a move would eliminate any chance of a worthwhile dialogue on cybersecurity at the summit and compound the inevitable blowback, policy specialists agreed.
“You’re not going to get any better chance to talk to them than right now,” said Jason Healey, a former director of cyber infrastructure protection at the White House. “If I were Obama, I would want some running room.”
Healey and others believe the rumors are meant simply as a message to the Chinese delegation as it prepares to make the trip stateside.
“My sense was that the leaks were happening to try and create some kind of pressure on the Chinese as they come into the summit, to get some type of traction with them,” said Chinese cyber policy expert Adam Segal, a senior fellow at the Council on Foreign Relations.
Others have heard the leaks were not intentional, and came from hard-liners within the administration who want to press forward with sanctions.
Either way, the U.S. is in a rare position to apply cybersecurity pressure on China. Many believe the White House has less to lose than its counterpart during the upcoming summit.
Within the Obama administration, “there’s a tolerance of having a bad visit,” Sacks said.
Beijing officials are more concerned about the international community’s perception of the meetings, foreign policy experts agreed.
“They want to send the signal about [Xi’s] arrival on the international stage,” Segal explained.
In the end, this is just further evidence of worsening relations between the US and China. If the situation is so tenuous that sanctions related to hacking have the potential to derail a meeting between the leaders of the two countries which now preside over a world that’s returned to bipolarity for the first time since the fall of the USSR, then constructive dialogue around issues like China’s military buildup in the Spratlys or, more recently, the presence of the Chinese navy off the coast of Alaska may be all but impossible going forward and as Russian foreign minister Sergei Lavrov reminded the US last week, when dialogue isn’t possible, “unintended incidents” are more likely to occur.
Of course something tells us Xi wasn’t really looking forward to the trip in the first place so we doubt he’ll be losing sleep… 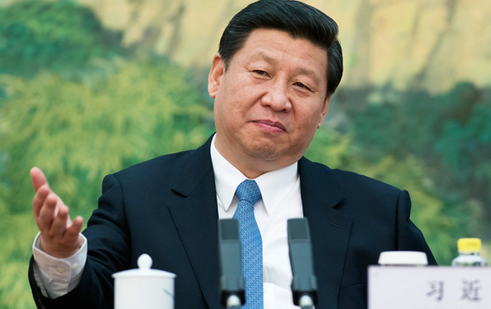