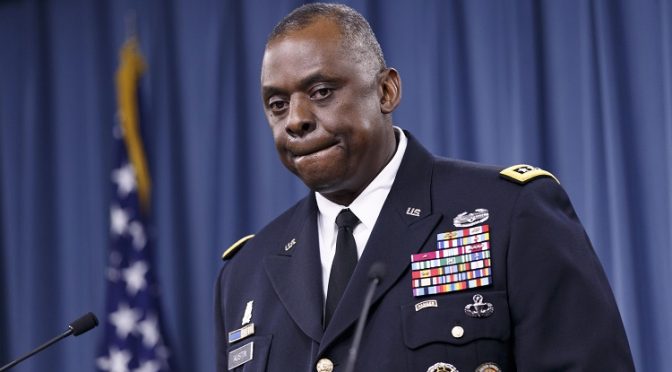 The NeoCons have been for decades selling wars like hotcake. Why not?
It’s a very profitable industry considering that they only need to hire and train unskilled laborers for dime a dozen to become terrorists, hire another set of cheap labor to fight the first group for PR purposes, and the ROIs are in the range of multiple millions. That’s just for the war sales agents.

The whole exercise sustains itself as the captured resources are extracted and sold in the black market with proceeds laundered through a more cooperative bank like HSBC.
The military industrial complex rakes in billions minimum, too. Allied industries, like oil and construction, take home billions even more, which is why they must not allow anybody occupying the White House moving around extending true goodwill and peace. That president must be shot in broad daylight before his term ends.
As everyone knows, the latest racket they have developed is Operation Syria and the whole script was running rather smoothly until Russia shouted “Cut!”

But that’s not all.
The ugliest truth is that there almost wasn’t any dime and dozen laborers fighting ISIS/L at all, and worse, they are still supplying ISIS/L forces with logistics, arms and ammunition, through a stupid scheme of training and arming “moderates”.

September 22, 2015 “Information Clearing House” – “The Telegraph“-  Amman – Pentagon-trained rebels in Syria are reported to have betrayed their American backers and handed their weapons over to al-Qaeda in Syria immediately after re-entering the country.
Fighters with Division 30, the “moderate” rebel division favoured by the United States, surrendered to the al-Qaeda-affiliated Jabhat al-Nusra, a raft of sources claimed on Monday night.
Division 30 was the first faction whose fighters graduated from a US-led training programme in Turkey which aims to forge a force on the ground in Syria to fight against Islamic State in Iraq and the Levant (Isil).
A statement on Twitter by a man calling himself Abu Fahd al-Tunisi, a member of al-Qaeda’s local affiliate Jabhat al-Nusra, read: “A strong slap for America… the new group from Division 30 that entered yesterday hands over all of its weapons to Jabhat al-Nusra after being granted safe passage.
“They handed over a very large amount of ammunition and medium weaponry and a number of pick-ups.”

Abu Khattab al-Maqdisi, who also purports to be a Jabhat al-Nusra member, added that Division 30’s commander, Anas Ibrahim Obaid,had explained to Jabhat al-Nusra’s leaders that he had tricked the coalition because he needed weapons.
“He promised to issue a statement… repudiating Division 30, the coalition, and those who trained him,” he tweeted. “And he also gave a large amount of weapons to Jabhat al-Nusra.”
The Syrian Observatory for Human Rights (SOHR), a monitoring group, reported that seventy-five Division 30 fighters had crossed into Syria from Turkey early the day before with “12 four-wheel vehicles equipped with machine guns and ammunition”.
US Central Command confirmed about 70 graduates of the Syria “train and equip” programme had re-entered Syria with their weapons and equipment and were operating as New Syrian Forces alongside Syrian Kurds, Sunni Arab and other anti-Isil forces.
The latest disaster, if true, will be the second to befall the programme. Last month, after the first group of fighters re-entered, the militia was attacked and routed by Jabhat al-Nusra, which stormed its headquarters and kidnapped a number of its members.
At the weekend, the group’s chief of staff also resigned, saying the training programme was “not serious”.
In the statement, Lieutenant Colonel Mohammad al-Dhaher complained of insufficient numbers of trainees and fighters, inadequate supplies, and even “a lack of accuracy and method in the selection of Division 30’s cadres”.
The latest developments have only added to the scorn heaped on the much-criticized $500 million (£320m) program, which aimed to forge a 5,400-strong force of “moderate” rebels to combat Isil.
It has been hampered by problems almost from the outset, with rebels complaining of a laborious vetting process. The biggest point of contention is that they are only allowed to fight Isil, not the Assad regime, which is the principal enemy for most opposition groups.

Last Wednesday, General Lloyd Austin, head of US Central Command, shocked leaders in the US Senate’s armed services committee when he said there were only handful of programme graduates still fighting inside Syria. “We’re talking four or five,” he said.
Today the public learned only 4 to 5 U.S.-trained Syrian fighters remain on the battlefield vs. ISIS. http://t.co/iHKtimoBnY
— Senator Thom Tillis (@SenThomTillis) September 16, 2015
informationclearinghouse.info
Are they expecting us to believe that a well-decorated general can be fooled by some bearded Camel drivers?
The published budget for “Operation Inherent Resolve” is $3.87 Billion [here].
The Pentagon has requested $600 million additional budget for the program for 2016. The administration’s goal is to train 15,000 “moderate” rebels in three years!