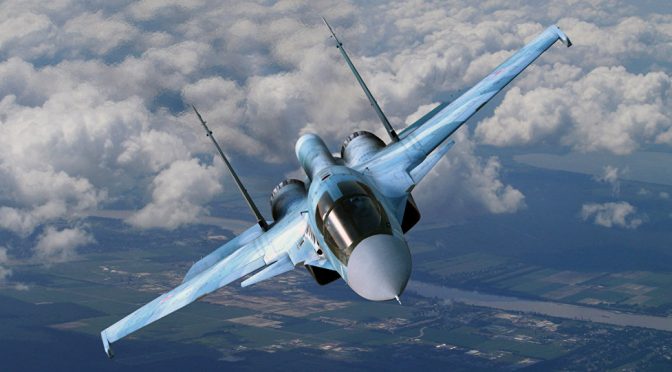 With US tanks and armories deliberately left for the ISIS/L to use later on, the terror group did a blitzkrieg throughout North Iraq and Eastern Syria capturing all the oil fields along the way, ransacked all assets from captured civilians, raped, enslaved and trafficked the women to their benefactors in Riyadh and Saudi Arabia.

European pedophiles may be enjoying the spoils of war, too, with high probability. These madmen know not when and how to stop.
Fortunately, Russia’s far superior Sukhois came in to save the day and its media is already declaring “Game Over” as the Zionist Rats are scrambling for cover. Seven thousands Iranian Revolutionary Guards, in cooperation with a number of Hezbollah and Iraqi Kurdish fighters, are also sweeping the area, reports said.
These decisive military operations just threw a monkey wrench into the Nazionist grand plan of establishing a Greater Israel through the massive exploitation of Syrian Golan Heights gas deposits, among others, and the establishment of a bogus Islamic Caliphate..

Now, this is the kind of situation where the war hawks in Washington DC and the Jewish lobby were not really prepared of. They think the happy days will always be. The only functioning entity in their camp nowadays is their presstitutes in the mainstream media. But who even care listening?

Even its own official spokesman Obama has expressed his enervation about those “routine” false flag operations with some recycled actors because they couldn’t afford to hire new production outfits anymore.
The whole enterprise is going bankrupt. Even Federal Reserve Chief Yellen is collapsing.
And so is the Islamic State.

Game Over: ISIL Short on Cash, Russian Planes Back Them Into Corner

16:13 03.10.2015(updated 18:02 03.10.2015
Tough times have come to the self-proclaimed Islamic Caliphate with the start of Russian airstrikes: areas under ISIL control are shrinking day after day under the pressure from Russian missiles that are backing the terrorists into a corner, Svetlana Kholodnova of RIA Novosti said.
Turns out, ordinary ISIL terrorists are getting significantly poorer as a result of pay cuts. Many of them have started to flee the Caliphate despite the risk of getting their heads chopped off if caught by their former comrades-in-arms.
“Hundreds of fighters are running away from ISIL because of low salaries,” Kholodnova said, citing those who managed to defect.
A year ago, ISIL’s finances were pretty good. Terrorists made millions of dollars from illegal oil trade, taxing folks in conquered territories, selling ancient artefacts, human trafficking, ransoms and funds from their oil-rich Persian Gulf “sponsors,” Kholodnova said.
The question is: where did all the money go? Well, first of all, the Iraqi Army pushed ISIL out of the oil wells in Iraq. Second, the United States used its channels to eradicate middlemen who helped ISIL to sell illegal oil on the black market. Furthermore, with the start of airstrikes the terrorist organization stopped receiving “cash convoys” from their sponsors due to a risk of them being destroyed, the RIA Novosti journalist explained.
In addition to all of this, with more people fleeing the Caliphate, there are fewer people for ISIL to tax. Those who still live in terrorist-controlled territories are struggling to pay their taxes and financial penalties imposed by ISIL, as the Caliphate can’t provide a working economy for people to live, preferring to spend most of its budget on buying weapons.
To revive its economy, ISIL needs take over naval ports in Tartus and Lattakia, the two richest cities on the Mediterranean coast. But now, it’s too little too late. The two port-cities have bases where Russian bombers land. It will be simply unimaginable for ISIL to take over these two cities right now, Kholodnova said.
There isn’t much that ISIL terrorists can do at this point. ISIL is being squeezed from all sides and quickly running out of money. The terrorists can either flee or surrender to the mercy of victors. The first choice seems better to them, especially after all the trouble and hardship they have brought to Syria and Iraq over the past few years. The time for payback is nearing.
sputniknews.com
The Pentagon has admitted that the ingenious plan to train “moderate Syrian rebels” has given them “five fighters” after spending $500 million on the project.

Special Report: Though touted as the face of reform inside Ukraine’s post-coup regime, Finance Minister Natalie Jaresko enriched herself at the expense of a U.S.-taxpayer-financed investment fund – and USAID now says it’s missing some of the audit records detailing Jaresko’s dealings, reports Robert Parry.
By Robert Parry
The U.S. government is missing – or withholding – audit documents about the finances and possible accounting irregularities at a $150 million U.S.-taxpayer-financed investment fund when it was run by Ukraine’s Finance Minister Natalie Jaresko, who has become the face of “reform” for the U.S.-backed regime in Kiev and who now oversees billions of dollars in Western financial aid.
Before taking Ukrainian citizenship and becoming Finance Minister in December 2014, Jaresko was a former U.S. diplomat who served as chief executive officer of the Western NIS Enterprise Fund (WNISEF), which was created by Congress in the 1990s with $150 million and placed under the U.S. Agency for International Development (USAID) to help jumpstart an investment economy in Ukraine.

After Jaresko’s appointment as Finance Minister — and her resignation from WNISEF — I reviewed WNISEF’s available public records and detected a pattern of insider dealings and enrichment benefiting Jaresko and various colleagues. That prompted me in February to file a Freedom of Information Act request for USAID’s audits of the investment fund.
Though the relevant records were identified by June, USAID dragged its feet on releasing the 34 pages to me until Aug. 28 when the agency claimed nothing was being withheld, saying “all 34 pages are releasable in their entirety.”
However, when I examined the documents, it became clear that a number of pages were missing from the financial records, including a total of three years of “expense analysis” – in three-, six- and nine-month gaps – since 2007. Perhaps even more significant was a missing paragraph that apparently would have addressed an accounting irregularity found by KPMG auditors.
continue reading

2 thoughts on “Islamic State has gone bankrupt; Where did all oil money go?”