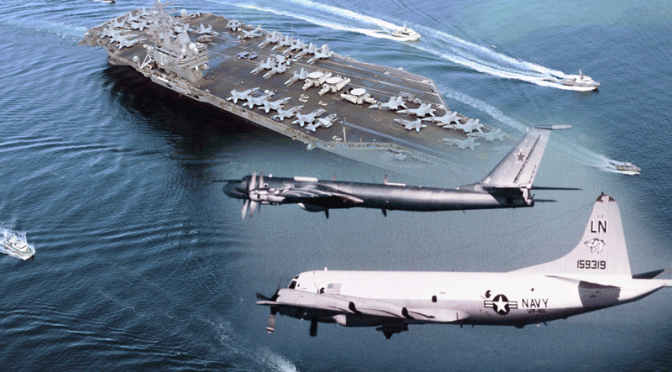 The United States made good of its plan to show relevance in the South China Sea by navigating within the 12 nautical mile Chinese restricted area in the Spratlys.

China sees this as an act of provocation on the part of the Cabalist faction in the US, While Russian Sputnik News advised the latter to take the matter in stride which is what the Chinese is exactly doing right now.
A “minor incident that could spark a war”, the Chinese are assuming the position of readiness and calm for the time being.

China’s Navy commander Wu Shengli to talk to US Navy’s CNO today on US warship in #SouthChinaSea: Defense Ministry pic.twitter.com/Bvt2BRMDMp

“On Tuesday, the Aegis destroyer USS Lassen entered within 12 nautical miles of Subi Reef, an undersea cliff in the South China Sea, which Beijing turned into an artificial island. The destroyer was reportedly traveling with a Navy surveillance airplane near the contested Spratly Islands. China views the man-made creation as part of its territory and claims territorial sovereignty over the waters surrounding it.

Addressing the issue of US intrusion on Thursday in a video teleconference, Admiral Wu Shengli warned the chief of US naval operations Admiral John Richardson to refrain from further “provocative acts”.

“If the United States continues with these kinds of dangerous, provocative acts, there could well be a seriously pressing situation between frontline forces from both sides on the sea and in the air, or even a minor incident that sparks war,” Wu said, according to a Chinese naval statement.

“(I) hope the US side cherishes the good situation between the Chinese and US navies that has not come easily and avoids these kinds of incidents from happening again,” Wu added.

Commenting on the bilateral exchange during the teleconference, an American official told Reuters that both sides agreed to avoid clashes. The US and Chinese navies also decided to maintain dialogue and follow protocols stipulated under the Code for Unplanned Encounters at Sea (CUES).

“They agreed that it’s very important that both sides continue to use the protocols under the CUES agreement when they’re operating close to keep the chances for misunderstanding and any kind of provocation from occurring,” said the official.”

As some may already know, Chinese warships are visiting Western ports as “an expression of goodwill to all men”,

“Three vessels are on an around-the-world deployment and will conduct the goodwill visit after completing port calls in Europe,” read a statement from Navy Region Southeast. “The amphibious assault ship USS Iwo Jima (LHD-7) will serve as the host ship. In Mayport, sailors from both navies will participate in sporting events and interact during ship tours.”

However, China’s closest friend Russia is not taking this provocation in stride.  Two of the modified bomber Tu-142 Long Range Surveillance Aircrafts were sent flying within 1 nautical mile and dived just a mere 500 feet without making a radio contact on the US carrier beforehand forcing the latter to scramble at least 4 warplanes.
This is a perfect and symbolic a maneuver to boot considering that it was President Ronald Reagan who worked with another Cabalist Michael Gorbachev in the final destruction of Soviet Russia for the massive plunder of its economy later on.
Understand that however imperfect the communist country was, it was the only one of the few that stand against Western Imperialism until the early 1990s. That’s the reason why until now vast lands in Central Siberia and the Far East remain unexploited and will form part of the ongoing revival of the Silk Road.
The present Russian proactive response in the South China Sea as a response to the US “minor provocation” should send the right message to the war chickenhawks in Washington that this is not the best time to play childish games. 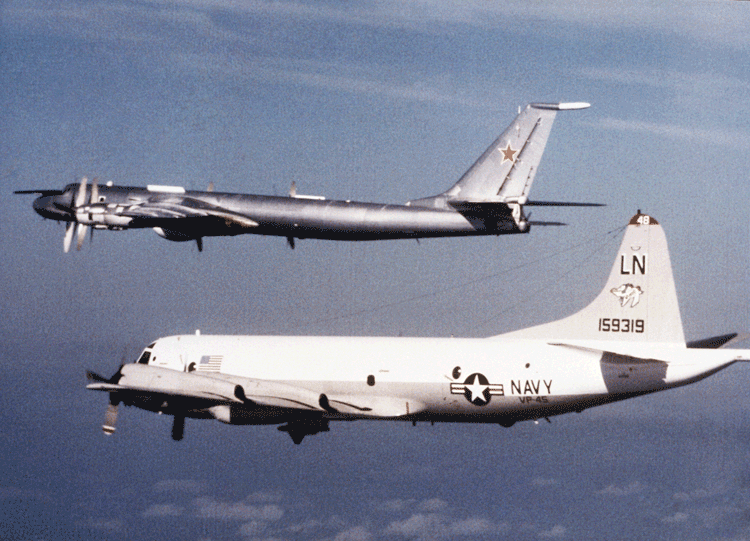 Fri Oct 30, 2015 2:24
TEHRAN (FNA)- The USS Ronald Reagan reportedly scrambled fighter jets to escort Russian naval surveillance aircraft flying through the area east of the Korean Peninsula.
The US Navy’s Seventh Fleet said on Thursday that the USS Ronald Reagan aircraft carrier scrambled four fighter jets after two Russian Tu-142 anti-ship reconnaissance aircraft were spotted in the area, Stars and Stripes reported.
US Navy officials commented, alluding to the situation in the South China Sea, in which US ships passed through international waters, just as the Russian Tu-142 flew through international airspace at the time. US and Soviet surveillance aircraft often trailed each other’s aircraft carriers during the Cold War, in a bid to show the ineffectiveness of the other side’s ships.
A US Navy official told Reuters on condition of anonymity that the Russian plane came within one nautical mile (1852 meters) of the US carrier.
US Navy officials also complained about the safety of the Russian aircraft’s flight, claiming that it descended to an altitude of 500 feet (152 meters) and did not make radio contact with the US carrier. The Tu-142 long distance naval surveillance aircraft is a derivative of the Tu-95 bomber, and entered service in 1972.
“This kind of interaction is not unprecedented,” Navy spokesman Cmdr. William Marks told Fox News.
The US Navy was conducting exercises with South Korea at the time of the fly-by, but did not comment on whether it was conducting flights from the carrier’s deck at the time.
english.farsnews.com
The Philippine government headed by BS Aquino should start reexamining their misplaced loyalty to the American warmongers and begin talking to China like Marcos had done before.


Unlike today when the Philippine Foreign Affairs Department is a full blooded pro-US and pro-Vatican, years ago even Chairman Mao did respect the Philippine position in the South china Sea or the West Philippine Sea and never attempted to occupy the islands.
As we can see from the above videos, both countries accorded the late president grand honors showing great respect that the country truly deserve.
Marcos’s closer ties with communist Russia and China was what angered the CIA to remove him through the Yellow Revolution in 1986, but not before the Jesuits have succeeded in stealing our historical treasures in exchange for gold certificates, mere pieces of paper that they, the issuer of the bonds, don’t even want to honor, and in spite of the fact that he played along with the CIA in  South Vietnam and elsewhere.