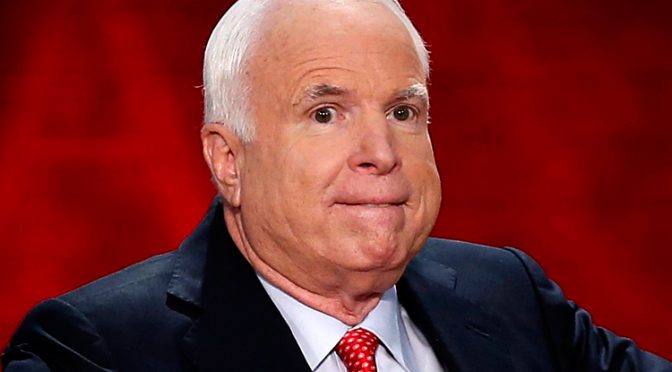 In addition to Sen. John McCain’s possible culpability in the rise of opium cultivation and sales in Afghanistan, he also  admitted to the US plan to arm the Free Syrian Army to “shoot down those Russian planes.”

Considering the super-advanced warplanes that Russia has been using in Syria, it would be impossible to achieve that objective obviously, hence, the terror group needed to be told to shoot civilian passenger planes instead.