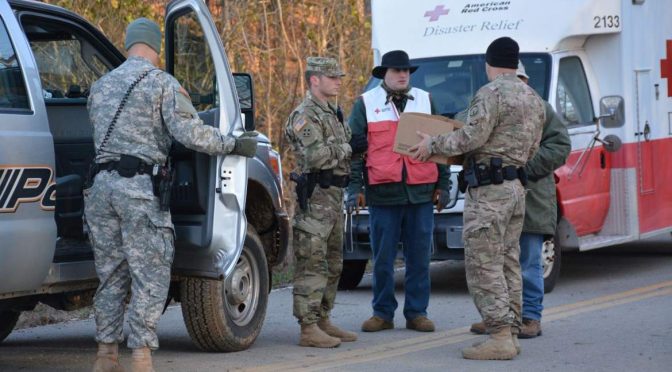 FORSCOM was forced to ground all aviation assets last week after a 3rd Apache helicopter crashed while on a “routine training mission” killing two of its pilots.

What is peculiar about the stand down order is that if it is a hardware malfunction why would the stand down be covering FORSCOM in the US soil only and not with Apache flyers assigned abroad?
This fact leads to wild speculation that all these flyers were used as target practice for ISIS operatives being trained in one of the 22 paramilitary Islamic communities in the US, one of which is situated just 51 kilometers from Fort Campbell, a US Army base and home of the 101st Airborne Division. 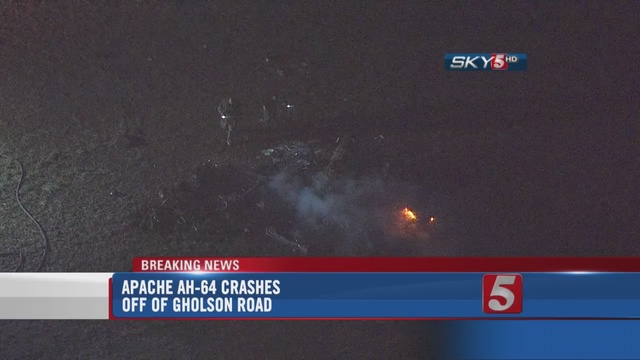 By Michelle Tan, Staff writer 4:34 p.m. EST December 4, 2015
An aviation stand down will be imposed through Monday, officials say.


The Army on Friday released the names of two aviators killed Wednesday when their AH-64 Apache helicopter crashed near Fort Campbell, Kentucky.
The two soldiers were assigned to the 101st Combat Aviation Brigade’s 2nd Squadron, 17th Cavalry Regiment, according to information from the 101st Airborne Division. They were: Caraballoleon enlisted in the Army in 2003 as an Apache mechanic. During his six years as an enlisted soldier, Caraballoleon served in numerous assignments and achieved the rank of sergeant before being selected to attend Warrant Officer Candidate School in 2009.
After earning his commission and becoming an Apache pilot, Caraballoleon was assigned to the 101st Combat Aviation Brigade.
He deployed twice in support of Operation Enduring Freeom and once in support of Operation Iraqi Freedom.
His awards and decorations include the Air Medal, five Army Commendation Medals, two Army Achievement Medals, the Army Aviator Badge, the Combat Action Badge, the Air Assault Badge, and numerous campaign and service awards.
Caraballoleon is survived by his wife and two children. Weiss enlisted in the Army in 2003 and served as a psychological operations specialist. He spent eight years as an enlisted soldier and was a staff sergeant when he was selected to attend Warrant Officer Candidate School in 2011.
He deployed in support of Operation Enduring Freedom in 2014.
His awards and decorations include the Air Medal, three Army Commendation Medals, the Joint Service Achievement Medal, two Army Achievement Medals, the Combat Action Badge, the Army Aviator Badge, the Air Assault Badge, the Parachutist Badge, the Ranger tab, and numerous campaign and service awards.
Weiss is survived by his wife and three children.
The crash happened about 7 p.m. Wednesday about 12 miles south of Fort Campbell. The aviators were on a routine training mission, officials said. The cause of the crash is still under investigation by the U.S. Army Combat Readiness Center.
It was the third deadly Army helicopter crash in 10 days. Those crashes claimed the lives of eight aviators and led U.S. Army Forces Command to ground all its aircraft for a five-day safety stand down.
The stand down, which was directed by FORSCOM commander Gen. Robert “Abe” Abrams, began Thursday and will last through Monday evening. It is the first FORSCOM-wide stand down of aviation assets in recent memory, and it affects active-duty aviators at 11 installations across the country.
The stand down does not include aviation units in Europe, the Pacific or elsewhere around the world.
“My decision to ground our aircraft today is taken with the utmost seriousness,” Abrams said in a statement. “I have a duty to ensure that we are doing all that we can to prevent the loss of life and aviation accidents, and that is why we’re standing down to review our procedures and reaffirm our commitment to operating our aircraft safely and effectively.”
Eight aviators have died since Nov. 23.
Two were killed when their AH-64 Apache helicopter crashed in South Korea. The incident happened about 6:30 p.m. local time, or 4:30 a.m. Eastern time, on Nov. 23 about 50 miles east of Camp Humphreys.
The pilots, whose names have not been officially released by the Army, were on a routine training mission. They belonged to the 2nd Combat Aviation Brigade.
On the same day, at 5:49 p.m. Central time, four soldiers died when their UH-60 Black Hawk crashed at Fort Hood, Texas. They also were on a routine training mission.
The crew was assigned to 2nd Battalion, 291st Aviation Regiment, First Army Division West. They were:

“We cannot allow tragedy to pass unacknowledged,” Abrams said. “We must do whatever is needed to make certain that our soldiers are training and operating safely.”
http://www.armytimes.com/story/military/careers/army/2015/12/04/army-releases-names-aviators-killed-apache-crash-near-fort-campbell/76777748/
‘Islamville’ is a commune run by the extremist group Muslims of the Americas (MOA). It is separate from ‘Holy Islamville.’

“Islamville” is a commune run by Muslims of the Americas (MOA). It is separate from “Holy Islamville” in South Carolina. MOA is headquartered at Islamberg in New York and is led by a radical cleric in Pakistan named Sheikh Mubarak Ali Gilani.

A 2004 report funded by the Justice Department identifies Dover as having a “training compound” for MOA.[1] A 2006 report for law enforcement also said that Dover is home to one of at least seven “covert paramilitary training compounds.”[2]

With reference to the map below and the reported site of the crash, i.e.
“The crash happened about 7 p.m. Wednesday about 12 miles south of Fort Campbell. The aviators were on a routine training mission, officials said. The cause of the crash is still under investigation by the U.S. Army Combat Readiness Center.” 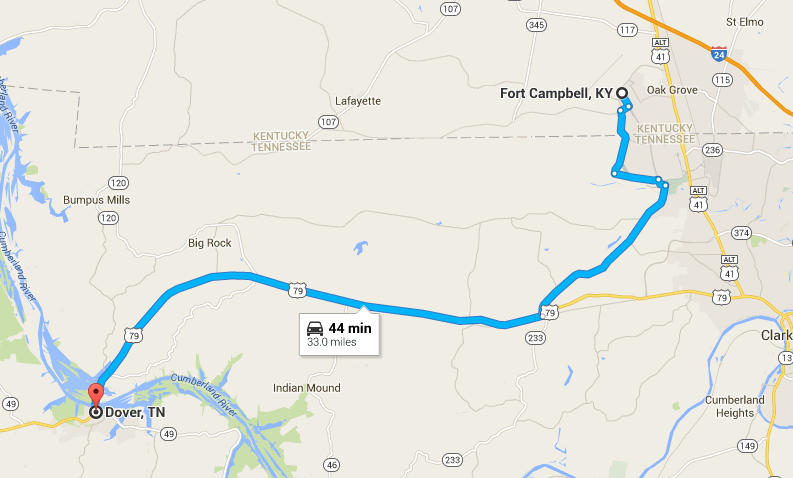 … we can deduce that certainly the helicopter was within the firing range of a manpad, i.e. the weapon of choice of ISIS in the Middle East and is what had actually been reported as among those being supplied by CIA coordinators in the region.

Will Your City or State be the Next San Bernardino? At Least 22 Verified Islamic Terror Training Camps in US – All Under the Watchful Eye of the FBI

Tim Brown
While the Federal Bureau of Investigation continues to investigate 1,000 ISIS-tied individuals in the united States, there are at least 22 paramilitary Islamic communities in the US that they know of, but are not doing anything about. Now, the stage has been set for more Islamic jihad attacks on US soil under the watchful eye of the FBI.
The groups are operated by Jamaat al-Fuqra, a Pakistan-based group, who main front group is Muslims of the Americas.
Sheikh Mubarak Ali Gilani, a Pakistani cleric, heads up the group in Islamberg, New York. The communes operated by the organization are in mostly remote areas of California, Georgia, South Carolina, New York, Texas, Virginia, West Virginia, Michigan, Tennessee and other states.

The Clarion Project reported on these camps:
The organization says it has a network of 22 “villages” around the U.S., with Islamberg as its main headquarters in New York. Clarion Project obtained secret MOA footage showing female members receiving paramilitary training at Islamberg. It was featured on theKelly File on FOX News Channel in October. A second MOA tape released by Clarion shows its spokesman declaring the U.S. to be a Muslim-majority country.

A 2007 FBI record states that MOA members have been involved in at least 10 murders, one disappearance, three firebombings, one attempted firebombing, two explosive bombings and one attempted bombing. It states:
“The documented propensity for violence by this organization supports the belief the leadership of the MOA extols membership to pursue a policy of jihad or holy war against individuals or groups it considers enemies of Islam, which includes the U.S. Government. Members of the MOA are encouraged to travel to Pakistan to receive religious and military/terrorist training from Sheikh Gilani.”
The document also says that, “The MOA is now an autonomous organization which possesses an infrastructure capable of planning and mounting terrorist campaigns overseas and within the U.S.”
Other FBI reports describe the MOA in similar ways, with a 2003 file stating, “Investigation of the Muslims of the Americas is based on specific and articulate facts giving justification to believe they are engaged in international terrorism…”
MOA members believe the holiest Islamic site in the country is located at their Islamville commune in South Carolina. Other MOA entities include the International Quranic Open University, United Muslim Christian Forum, Islamic Post, Muslim Veterans of America and American Muslim Medical Relief Team.
http://thewashingtonstandard.com/will-your-city-or-state-be-the-next-san-bernardino-at-least-22-verified-islamic-terror-training-camps-in-us-all-under-the-watchful-eye-of-the-fbi/
All of these can be abandoned as fear mongering, hogwash and just pure coincidences. But there may be a definite agenda being developed here.
It is our conclusion that the existence of Islamvilles throughout the US, which are not possible without the assistance from the rogue elements of the CIA, i.e. the US Shadow Government, have similar objectives to that of the perennial false flag operations, to wit:

The Islamic State as it now appears is a private armed forces of the Nazionist Khazarian Mafia that is designed not only to topple uncooperative regimes throughout the world for purposes of extortion and plunder of sovereign resources, but also to create a condition of fear to force everyone to stay at home and not complain about the growing militarization.