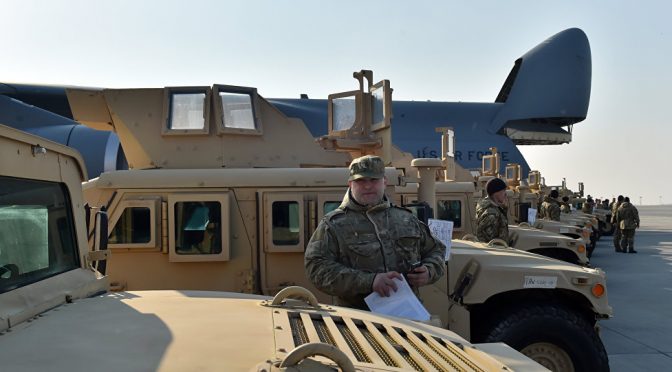 In the same tradition as the “five armed and trained moderate rebels” in Syria for a meager $500 million US taxpayers’ money, war salesmen raked another huge profits from $250 million supposed military aid to Ukraine for new military materiel, yet the only equipment that the close friend Nazi Poroshenko receives are old Humvees and recycled bulletproof vests.

Although, this is something war activists could celebrate on, however, it must be understood that this same scenario is what motivates the warmongers to create more wars to profit from.

Parts of US Military Aid to Ukraine Outdated – Commanding General 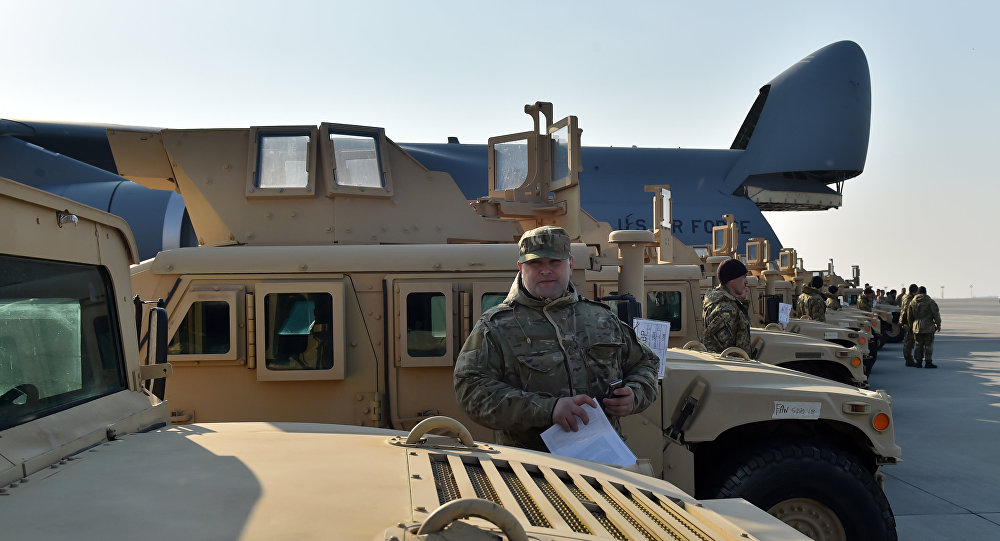 Some of the US military equipment delivered to Ukraine may have been old, US Army Europe Commanding General Ben Hodges said.

© Sputnik/ Stringer
US Has Sent More Than $250Mln in Weapons to Ukraine – Senior NATO General
WASHINGTON (Sputnik) – Reports emerged late in November that the Ukrainian military decried “secondhand” equipment supplied by the United States as part of its $250 million non-lethal military aid to the country. These included up to 30-year-old Humvees and decade-old bulletproof vests.
“Maybe the quickest stuff that could have been provided might have been some older equipment, I don’t know,” Hodges told a Defense Department briefing late Wednesday, clarifying that the range of other equipment was “brand new.”
Hodges, who said more than $250 million of equipment has been delivered to Ukraine, asserted that Kiev “knew what [it was] getting,” which he argued “counts for something.”
“You try to do the best you can as fast as you can to get what you can upon request,” he stressed.
A 2016 defense budget bill signed into law by US President Barack Obama late last month provides Ukraine with $300 million in military assistance.
http://sputniknews.com/europe/20151210/1031510799/us-ukraine-military-aid.html