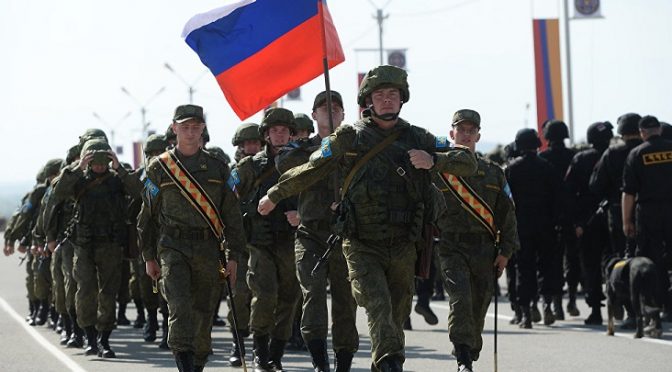 Near the end of 2015, Russia under Vladimir Putin committed herself to defeating all its aggressors, and by extension defeating the enemies of humanity because we all have a common enemy.

The organized crime syndicate abhors geopolitical stability, economic prosperity, strengthening of endemic culture and tradition, and peaceful cooperation among nations. The Khazarian Mafia promotes perpetual wars, hunger and famine, spread of disease, and intrusion to privacy, etc.
Any country seeking independence from the established system is branded a rogue nation of terrorists and be subjected to military intervention. This is what they did to Iran, Iraq, Russia, Libya and Syria.
But they could not do the same thing again to Russia under Putin. The Russians have learned a lot from their short lesson on democracy during the “free market” rule of the oligarchs behind the shadow of Yeltsin.
Since then, Russia’s economy prospered and its military reinvigorated to the point of being able to repel provocations along its perimeter. Its $400 billion energy deal with China decisively rendered the Brzezinski’s Grand Chessboard plan for Eurasia in quandary.
The Khazarian Mafia is in a panic mode, while grandmaster Putin is not taking chances. He wants to do exactly the opposite of what the Khazarian Mafia has been doing.