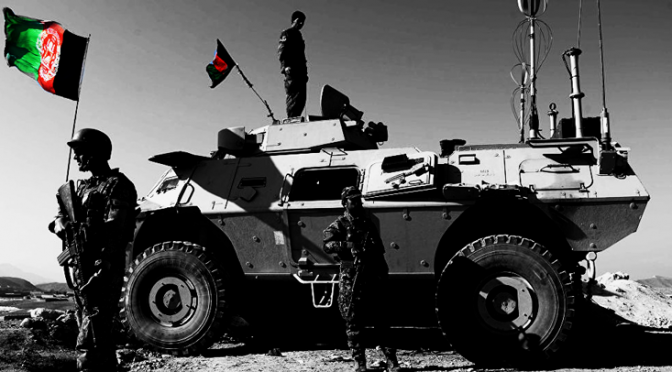 It’s not the last one.

“Afghan soldiers are struggling against the Taliban, in part because close to 40% of Afghanistan’s forces are “ghost soldiers,” troops that exist only on paper.
Karim Atal is the head of the provincial council in Helmand, where the resurgent Taliban has seized large areas of land since the United States handed over control to Afghan forces a year ago.
“At checkpoints where 20 soldiers should be present, there are only eight or 10,” Atal told the Associated Press. “It’s because some people are getting paid a salary but not doing the job because they are related to someone important, like a local warlord.”
In other cases, dead soldiers and police remain listed among active participants, while senior police or army officials pocket the salaries of the deceased, said Attal, who estimates that some 40% of the registered forces do not exist, the AP reported.
Helmand’s former deputy police chief, Pacha Gul Bakhtiar, said the province has 31,000 police officers on its registers, “but in reality it is nowhere near that.”
Afghanistan’s government is ignoring the problem, Afghan lawmaker Ghulam Hussain Nasir told the AP.
“When we say we have 100 soldiers on the battlefield, in reality it is just 30 or 40. And this creates the potential for huge catastrophes when the enemy attacks,” he said.
Afghanistan’s security forces are entirely funded by the international community, at a cost of some $5 billion a year, most of which comes from the United States. “
http://sputniknews.com/middleeast/20160112/1032972507/afghanistan-ghost-soldiers.html
Warmongers’ formula is pretty straightforward:

Particularly in Afghanistan, US soldiers were made to guard large swaths of opium plantation under Sen. John McCain’s oversight.

On the other hand, the inducement of fear is what the top of the pyramid so desires and for which the lieutenants down the ladder are only too eager to deliver, i.e. they are all financially motivated to do so as indicated above.
People in constant fear are incapable of seeing beyond the Grand Façade while the gods wallow in riches and pleasures they absolutely don’t deserved.
It is, therefore, a gross insanity to continue hoping for the system to just change itself.
The establishment of a radical system that makes war, politics and money obsolete is highly imperative.

One thought on “Afghan Ghost Soldiers: Just One of Many “War on Terror” Scams”