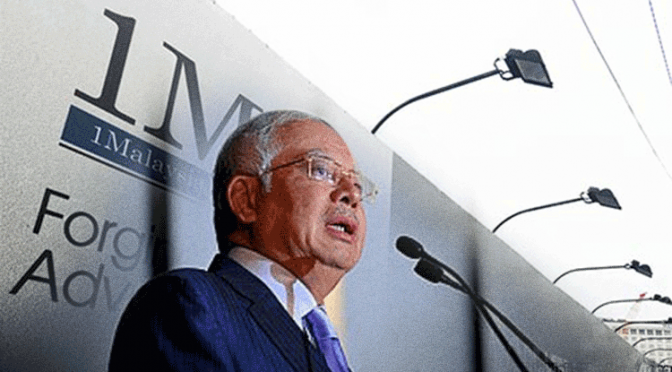 Slowly but surely, Khazarian stooges are being taken down everywhere.
Since three days ago, Goldman Sachs Asia Chairman, Tim Leissner, has taken a “personal leave” obviously to escape from the recent money laundering and bribery scandals involving with no less than Malaysia Prime Minister Najib Razak, involving Saudi royal money.

It turns out that the unexplainable disappearance of some portion of the $681 million of Saudi royal family “donation” to Razak are scattered through various bank accounts throughout Asia.
This is huge because now we can see a possible correlation of this scandal to the two Malaysian airliners’ disappearance in the Indian Ocean and false flag shot down inside Ukrainian airspace.
A few minutes ago, Bloomberg reports,

“Singapore has seized “a large number” of bank accounts in connection with possible money-laundering in the country, the Monetary Authority of Singapore and Commercial Affairs Department said in a joint e-mailed statement in response to queries on 1Malaysia Development Bhd.

“In connection with these investigations, we have sought and are continuing to seek information from several financial institutions, are interviewing various individuals, and have seized a large number of bank accounts,” the agencies said on Monday. They added Singapore has been “actively investigating” possible money-laundering and other offenses since mid-2015.

1MDB, the debt-ridden government investment fund of neighboring Malaysia whose advisory board is headed by Prime Minister Najib Razak, has been the subject of overlapping investigations at home plus countries such as Switzerland and Hong Kong amid allegations of financial irregularities.

Swiss prosecutors said in a Jan. 29 statement they are seeking legal assistance from the Southeast Asian nation after a probe they conducted into 1MDB revealed “serious indications” that about $4 billion may have been misappropriated. Najib is “not one of the public officials under accusation” in that investigation, Andre Marty, a spokesman for the Swiss attorney general’s office, said Monday in a statement.

Singapore is cooperating with relevant authorities including those in Malaysia, Switzerland and the U.S., the agencies said in their statement.

“We have responded to all foreign requests for information and have requested for information from relevant counterparts to aid in our investigations,” according to the statement. “Singapore does not tolerate the use of its financial system as a refuge or conduit for illicit funds.”

“A number of investigations into 1MDB’s activities are being carried out in various countries, prompted by claims of corruption involving Razak, who chairs 1MDB.

Switzerland’s chief prosecutor, Attorney General Michael Lauber, said in a statement on Friday that he has asked for Malaysia’s help in investigating possible violations of Swiss law by 1MDB, Reuters reported. The suspected misappropriations reportedly amount to $4 billion and concern “bribery of foreign officials, misconduct in public office, money laundering and criminal mismanagement.”
It was discovered this week that Leissner has moved from Singapore to his Los Angeles home, calling it a “personal leave,” Bloomberg reports.

Goldman orchestrated the $6.5 billion sale of three 1MDB bonds in 2012 and 2013, from which the bank earned $593 million in fees and expenses. The deal has raised questions, as such fees in Malaysia are usually much lower.

It has since emerged that Razak received a $681 million “donation” to his personal bank account, which his opponents say is linked to the deal.
The results of an investigation into the matter by Malaysian Attorney General Mohamed Apandi Ali, who was appointed by Razak in 2015, were published this week, but found no wrongdoing.
The probe found that the money had come from a Saudi Arabian royal family and that $620 million was returned within the following five months. There was no indication in the report as to what happened to the unaccounted for $61 million.
State agencies in Hong Kong and the United States are also investigating other deals involving 1MDB.”

Malaysian Prime Minister Najib Razak doesn’t have a respectable track record in governance and has been a perennial recipient of popular protests.

“Fed up with years of alleged corruption, Malaysian activists escalated their protests, demanding the resignation of Prime Minister Najib Razak and the overhaul of a political system its critics argue is racist and favors the few who are political connected.

Police estimated that 25,000 people took to the streets of Kuala Lumpur for the weekend Bersih 4.0 rally, which unlike previous demonstrations passed off peacefully. Organizers said the numbers were much higher, at around 200,000.”

Razak is now negotiating for a face-saving exit,

“Malaysia’s embattled Prime Minister Najib Razak has entered negotiations for a face-saving exit from the turbulence of his nation’s politics, according to independent reports, after the anti-corruption commission referred 37 charges to the attorney-general for prosecution. 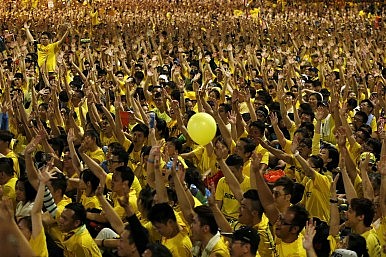 Sources told the London-based Sarawak Report and the Hong Kong-based Asia Sentinel that Najib entered talks to ensure his departure from a tenure blighted by allegations of massive corruption and three murders, including Kevin Morais, a lead investigator with the commission.

That prospect has fed social media commentators and prompted a rear-guard offensive by Malaysia’s mainstream newspapers, who are trying to convince a troubled wider world that the country remains an island of Muslim moderation amid a sea of Islamic militancy and terrorism. While this may somehow be seen as mitigating Najib’s legacy, the costs seem absurdly high given the allegations enveloping him.

Horrific photos of Morais were published earlier this week by Malaysia Chronicle. He had led investigations into the 1Malaysia Development Berhad (1MDB) scandal before his remains were found in a cement filled oil drum, submerged in a swamp.

This is not the first time Najib and those around him have been linked to murder.”

Is the more than half a billion dollar Saudi “donation” a payoff for the deafening Malaysian government’s silence of the two airliners’ disappearance?

How about the recent Islamic State terror attack against Indonesia? Was it financed by Saudi royal money, too?

Will Tim Leissner be made to answer his complicity to the conspiracy?