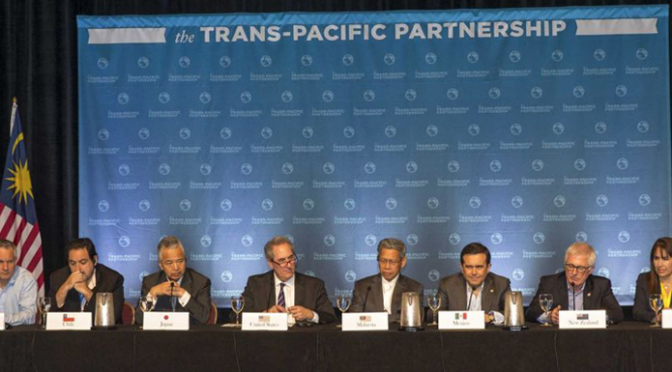 The Khazarian Mafia controlled Corporatocracy is now testing trans-Pacific societies of its capacity and resolve to resist corporate tyranny with the recently signed TPP Agreement.

There are countless reasons that could possibly fit in this article about why those who signed the deal very recently should be hanged to the nearest lamppost [here], but the number one reason why knowledgeable people are protesting TPP is its precise definition of corporate tyranny, i.e.

“…the TPP would also undermine democracy by giving multi-national corporations the right to challenge any law that could reduce their “expected future profits” through what is known as the Investor State Dispute Settlement (ISDS) system. Under existing trade agreements, Phillip Morris is using this process to sue Australia and Uruguay for passing laws designed to prevent the children in those countries from smoking. These countries should be rewarded for taking action to protect the public health of their citizens. Instead, they are being taken to an international court because their laws are hurting the bottom line of one of the largest tobacco companies in the world.”

“In an analysis, Victoria University senior law lecturer Carwyn Jones says the government didn’t fully engage with Maori over the TPP as it should have done under the Treaty of Waitangi.

Well, they’re not just ignoring the welfare and violating the rights of the native inhabitants of New Zealand, but the government itself is actively taking measures to undermine the latter’s capacity to survive.

Are these politicians following a “bad cop. good cop” script?

“And the Labour Party is opposing the TPP. Why?

Labour and National have a long tradition of backing free trade deals.

But the TPP is not just a trade agreement, and the agreement’s reach into areas of national sovereignty has prompted Labour to oppose the agreement in its current form.”

“The trade minister, Andrew Robb, has rejected calls for an independent cost-benefit analysis of the Trans-Pacific Partnership after the World Bank estimated it could lift Australia’s economic output by just 0.7% by 2030.

Robb, who signed the regional trade pact with counterparts from 11 other nations in New Zealand on Thursday, dismissed opponents of the deal as “the usual suspects” who would not be persuaded by a new inquiry.

He also played down the risk of the Australian government being sued under controversial investor-state dispute settlement (ISDS) clauses, pointing to carve-outs for health and environmental measures.

Hundreds of protesters gathered outside the SkyCity building in Auckland to object to the signing of the agreement on Thursday.

Opposition within Australia has also been building. Before the meeting, 59 organisations, including the Australian Fair Trade and Investment Network, World Vision, the Public Health Association of Australia and numerous unions, signed an open letter calling on the government to take up the Productivity Commission’s offer to assess the costs and benefits.

“In the absence of such independent assessments we consider that the TPP poses grave risks to the public interest and ask you to oppose the implementing legislation,” they wrote in a letter to Australian MPs.

But Robb flatly rejected the request. “No we won’t, because they’re all the usual suspects, I’ve got to say,” he told the ABC.”

Yeah, the awake and aware are the “usual suspects” and they, i.e. the corporate stooges, are the usual assholes. 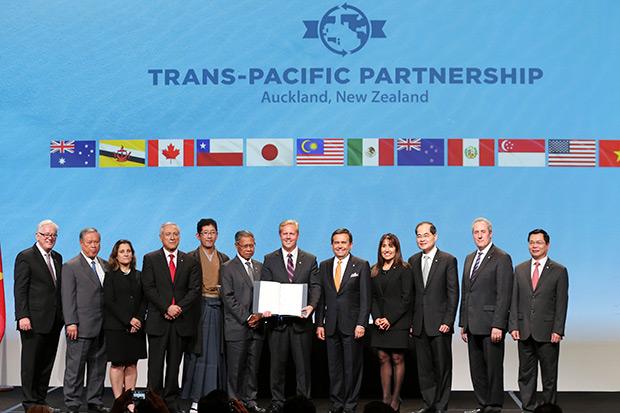 But being awake and aware isn’t enough, because even if you tore up a vocal cord they just don’t give a damn about you. The recent signing of the TPP by the deaf and the inept underscores that fact.
Verily, the Republic is long dead and the capacity of the politicians to listen to the people’s clamor, it’s never there. In fact, all that’s left now are really not leaders, but mere pencil pushing talking heads, the military and police organizations that are being reduced to mercenaries in uniforms serving as attack dogs protecting the corporate elite. 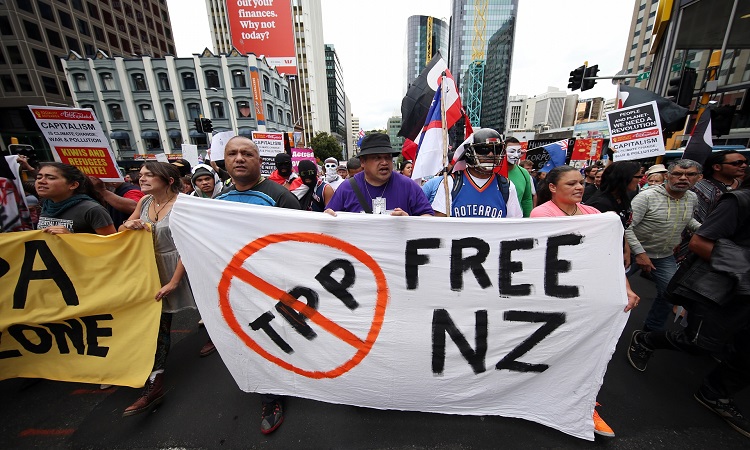 Marching on the streets everywhere like it’s a pretty damn carnival will get us nowhere unless the psychopaths are seeing pitchforks rather than placards. Let’s do that and see how our sheer number paralyzes the conscripts while the Oligarchy trembles.
Apathy is for slaves, and civil disobedience — a lazy excuse for the gutless.
This is the reason why Gandhi and Mandela were immortalized even in Western publications while the likes of Vladimir Putin and the Iranian Revolutionary Government are perpetually demonized.
Above all, we need to look within ourselves and discover our most potent capacities to resist sprawling corporate tyranny in more practical ways than a cute parade.
This is obviously a mere desperate move on the part of the Khazarians, but the recently signed TPP could be ratified within 2 years by each signatory country which means we have less than next 2 years to sharpen the pitchforks and finish off the bleeding Serpent.