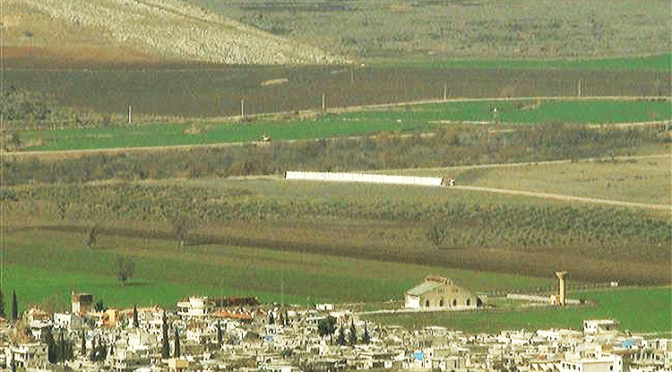 Turkey is not hiding its being a Daesh ISIL cuddler anymore by entering Syria’s Aleppo province and has started constructing a border wall which effectively preserve some portion of the existing supply line for its terrorist friends.

The problem is that Erdogan may be alone in this latest move as NATO is divided whether to sanction Turkey’s plan to put ground troops inside Syria, which according to the latest photos below is already happening.
In fact, NATO is disowning Turkey’s bombing of Kurdish positions in Azaz, just West of the wall construction below. 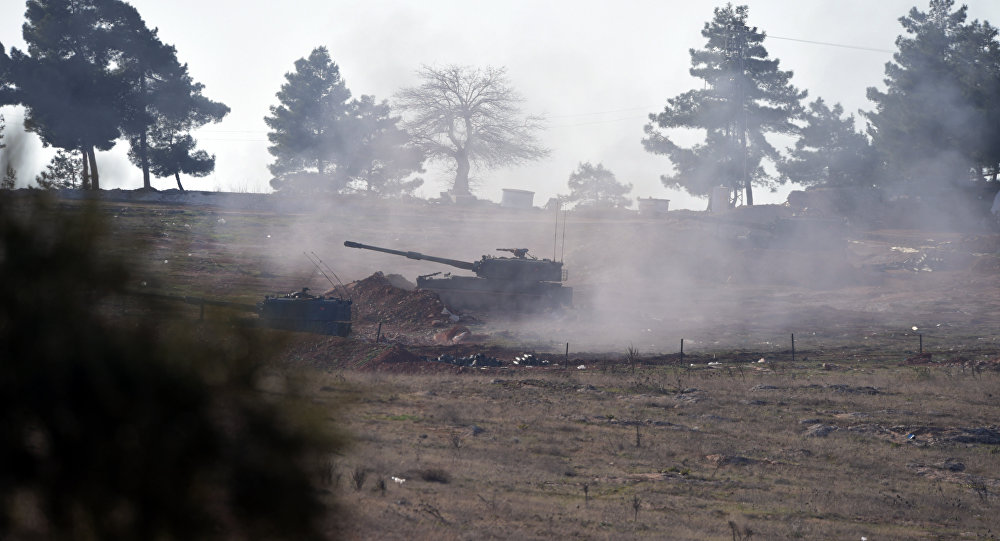 “NATO is not willing to give any assessments of Turkey’s shelling of Kurdish People’s Protection Units (YPG) in Syria, as the military bloc itself is not involved in Syria, a NATO official told Sputnik on Wednesday.”

Another very interesting aspect of this latest madness from Erdogan is that, the area where the wall is being put up is inside the self-proclaimed autonomous region of Rojava, and to justify that incursion,  Ankara was bombed a day ago and Erdogan is now blaming somebody from Rojava for killing 28 and wounding 61 others.

“The Salih Necar family in the city of Amuda in Rojava dismissed claims made by the Turkish government that their family has carried out the Ankara bombing on Thursday which left at least 28 dead and 61 wounded.”

There is now more than enough proof that Erdogan has gone utterly mad and desperate, he is willing to murder his own people just to justify trivial geopolitical gains as the isolation from NATO increases. 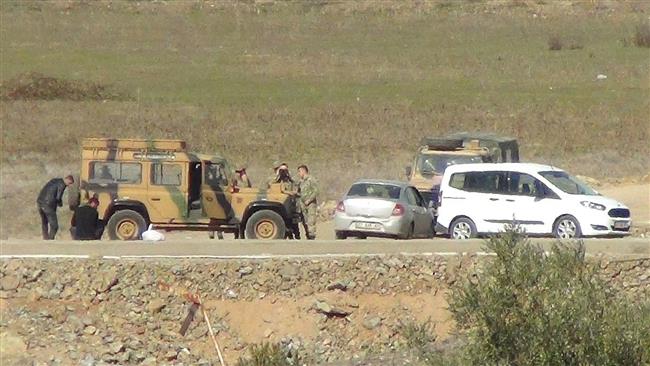 Turkish military vehicles have been photographed in the northwestern Syrian province of Aleppo while Turkish troops have been spotted digging a trench there.
The Kurdish Hawar News Agency (ANHA) posted the pictures on its website on Thursday, saying dozens of the vehicles had encroached 200 meters (0.1 miles) into the province. 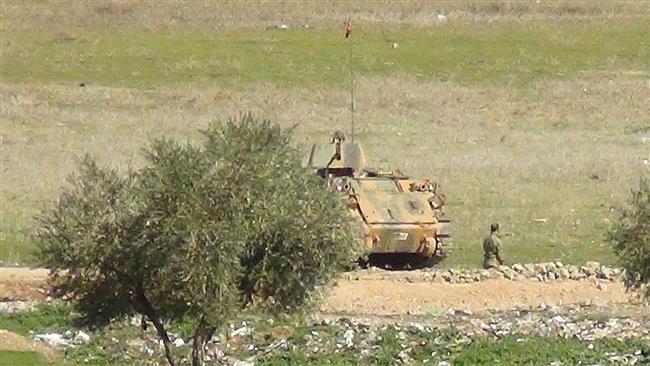 The troops were then spotted digging a trench between two villages, known as Sorka and Meidan Ekbis. 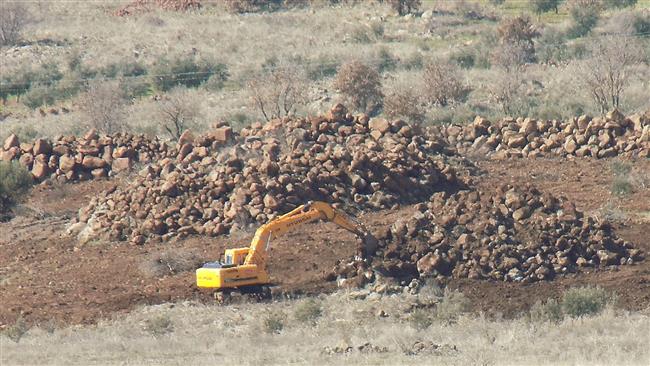 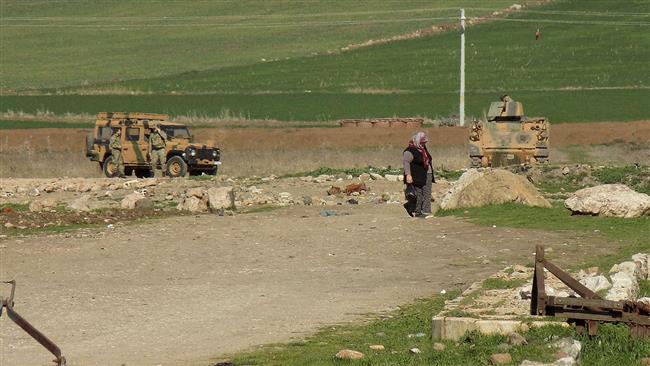 The news agency added that a concrete wall was also under construction on the nearby Syrian border. 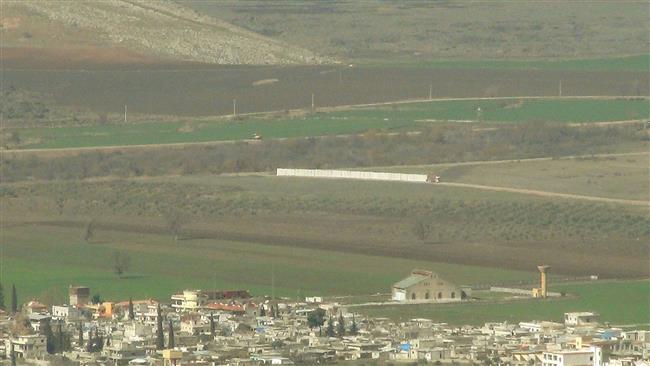 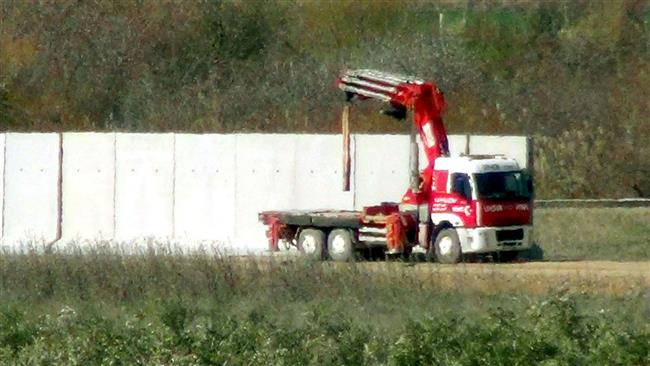 The area forms part of Rojava, a region within Aleppo which has proclaimed autonomy from the Syrian government but has not been recognized by Damascus as autonomous.
Anti-Kurdish Panic in Ankara
Over the past few days, Turkey has been shelling the positions of fighters of the Kurdish People’s Protection Units (YPG) and its affiliate Democratic Union Party (PYD) in the northern parts of Syria.
Ankara regards the YPG and PYD as allies of the outlawed Kurdistan Workers’ Party (PKK), which has been fighting for an autonomous Kurdish region inside Turkey since the 1980s.
The YPG, which controls nearly Syria’s entire northern border with Turkey, has been fighting against the Takfiri terrorist group of Daesh.
Also on Thursday, Turkish Prime Minister Ahmet Davutoglu vowed to continue the country’s military efforts against Syria-based Kurdish groups.
In order to justify its military presence in Syria, the country has been pushing to join the US-led coalition, which has been pounding Syria since 2014 in line with its proclaimed goal of routing Daesh Takfiri terrorist group there.
Ankara has also been engaged in a large-scale campaign against the PKK in its own southern border region in the past few months. According to the Turkish Human Rights Foundation, the operations have claimed around 200 civilians, including 39 children, since last August.
Parallel Anti-Damascus Obsession
Since 2011, when Syria started to find itself engulfed in full-fledged foreign-backed militancy, Turkish authorities have been providing battleground and other supplies to anti-Damascus militants.
On Wednesday, Turkey demanded the creation of a “secure strip” inside Syrian territory that covers the militants’ crucial supply route.
“What we want is to create a secure strip, including (the town of) A’zaz, 10 kilometers (six miles) deep inside Syria and this zone should be free from clashes,” Turkish Deputy Prime Minister Yalcin Akdogan said.
Syrian troops and Lebanon’s Hezbollah fighters have retaken the town, located near Aleppo’s provincial capital of the same name.
The militants depended on the corridor to ship arms from Turkey into Aleppo, where the Syrian army and Russian aerial backup have been increasingly eating away at their turf. Having lost the route, they would have to look elsewhere for supplies, thus failing to rapidly rearm, Press TV reported.
S/SH 11
http://en.alalam.ir/news/1790934
Italy, for its part, is not shy in making its position known by exerting pressure on the Erdofan family [here] and reminding everyone that it is better to talk to Russia or lose the opportunity for peaceful resolution, or regret it later.

“Italian Defense Minister Roberta Pinotti has called on NATO to revise its policy of containment of Russia to one of dialogue, otherwise it will regret it later.”

“NATO doctrine envisages the policy of containment and a dialogue. We have bet on deterrence. Now finally it is time for a dialogue, otherwise we are going to regret it,” she said in an interview with Italian newspaper La Republica.

We believe that Putin will only order a proportionate response once this latest Erdogan misadventure becomes widely known.