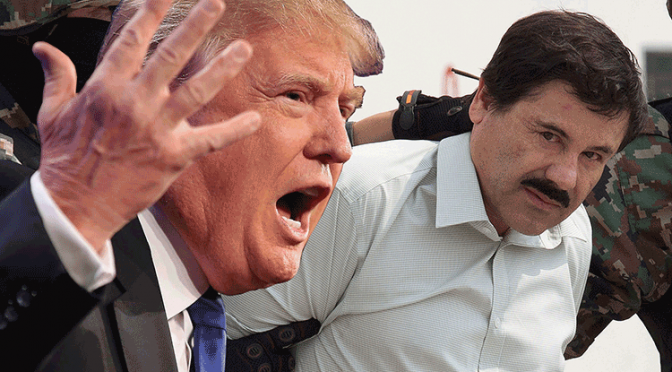 There is now a slew of assassination threats against Donald Trump delivered in the mainstream media, and although death threats are normal when one is going against the establishment, such threats  against this fellow have never been so brazen.
It wouldn’t be too far fetched if one concludes that all of these death threats are not just directed to “outsider” Donald Trump, but to all outsiders in all of us.

These threats, of course, suggest at least two very important factors. First, these threats underscore the fact that these networks are indeed working for a select interest groups that have been controlling the two parties from the very beginning, and second, the Neocons Khazarians are in deep panic.
Some in the GOP are even expressing their willingness to support Hillary Clinton of the other party. The problem for the Clinton campaign is: the FBI is hot on the trail of the Clinton emails, even to the extent of granting immunity from lawsuit the programmer responsible for setting up the private server. On top of that, the hacker “Guccifer” is also being extradited to the US, possibly, to testify on how easy it was to penetrate Clinton’s email server, as earlier Clinton email dump proved.
Guccifer’s testimony should reinforce the FBI’s assertion that Clinton was indeed compromising national security and should be punished with a lethal injection, nay, just another Bill-Lewinsky type admission will do.
Seriously, all these recent developments will surely put Clinton’s life-long White House ambition and that of the Khazarian crime syndicate’s grip on the US corporate government in jeopardy. The combined unfavorable storms inside the US and the multiple loses in Syria, Iran, Iraq, are what’s keeping these Khazarian Mafiosi restless, that they needed to kill somebody.
The Bush crime faction not only floated the idea of an El Chapo assassination of Donald Trump, but have facilitated his escape several times. This is the same scenario that Bush used when Oswald was setup as a patsy in the assassination of John F. Kennedy. We all know, of course, what happened to Oswald.
You already have watched how Khazarian Naionist Bush, Sr. aka Curious George Scherff made a slit throat sign at the CNN studio while watching the last Republican debate. Now, it’s Jesuit coadjutor Glenn Beck’s turn to “stab without stopping” the Donald.
https://youtu.be/_CFVPZIlbHw
In a more desperate display of panic amongst the NeoCons is the speech made by one Mormon Mitt Romney cursing Trump like the proverbial pot calling the kettle black. Interestingly, this particular speech was given closed door and in front of several Tech CEOs, e.g.:

http://www.nytimes.com/video/us/politics/100000004249503/mitt-romneys-full-speech-against-donald-trump.html?src=vidm
Aside from the mainstream media broadcasted death threats, they could also do this…
https://youtu.be/JEzY2tnwExs
Trump’s words and actions do resonate well with what most Americans say in the social media. But, is the Trump presidency really the best solution for America’s woes right now?
We are in no way discounting the dialectic aspect of the whole charade, but we are barely 9 months away for Trump to prove his mantle.
Here’s Fox network controlling the dialectic narrative…
https://www.youtube.com/watch?v=srGlyFyghRk
The eternal hoping for a green light about the Second American Revolution can take a back seat for a while, for now. After all, Drake is still busy gathering enough militia volunteers to join in the planned uprising, and they are also setting up a new foundation.
One thing is sure though: the recent spate of death threats are backfiring against the Nazionist Khazarians as undecided voters are instead switching side towards the Trump.
Suffice it to say that the Trump candidacy should be the last peaceful straw for the American people, because if they lose this opportunity, and unless another carefully packaged suave talker comes along to speak about the people’s frustrations like he really means it, the only viable option by then would be an armed uprising,
The way we see it, Americans are just going in for the lesser evil for the time being as the game is rigged to be so.

11 thoughts on “Broadcasted Death Threats vs. Trump Show Khazarians are in Panic”