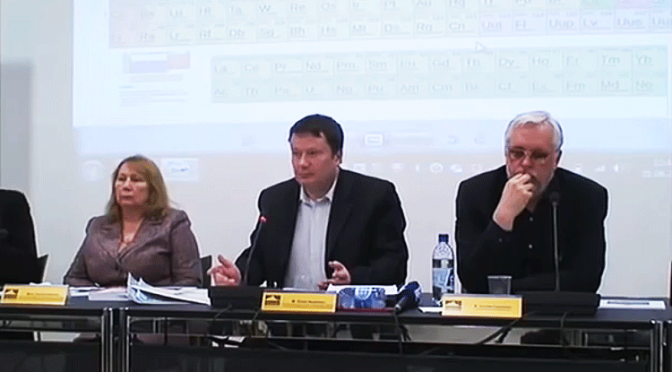 Producing the right element is one thing, using it is another. In conjunction with this discovery, Russia also released the availability of its first 3D metal printer…

The Mindblowing Consequence of this Discovery
There’s no doubt that there will be a creative explosion all over the planet when all of these technologies and equipments are made available on the market soon.
When there’s an oversupply of any element, naturally the price of that element will go down to the point of insignificance, the anathema to the scarcity based economic system that we are forced to swallow.

Beside its scientifically groundbreaking significance, the conference was also held in the headquarter of the global banking industry and political epicenter of the West, which should repel all notion of it being just a mere Russian propaganda, or
… that turning iron or lead into gold is not fringe science at all, but real and replicable, and the technology to do it is officially available to the world.
In the final analysis, the full utilization of all scientific discoveries could make all conventional institutions, e.g. educational, banking and finance, religion, and even the police and military, obsolete.
The future is within our grasp. We just need to support the right science to make it happen.