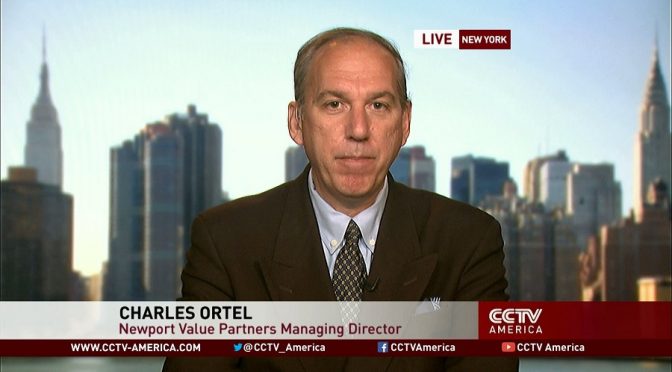 Charles Ortel found out that the Clinton Foundation “… appears to be a rogue charity that has neither been organized nor operated lawfully from inception in October 1997 to date–as you will grow to realize, it is a case study in international charity fraud, of mammoth proportions.”

“In particular, the Clinton Foundation has never been validly authorized to pursue tax-exempt purposes other than as a presidential archive and research facility based in Little Rock, Arkansas. Moreover, its operations have never been controlled by independent trustees and its financial results have never been properly audited by independent accountants.
In contrast to this stark reality, Bill Clinton recently continued a long pattern of dissembling, likening himself to Robin Hood and dismissing critics of his “philanthropic” post-presidency, despite mounting concerns over perceived conflicts of interest and irregularities.
Normally, evaluating the efficacy of a charity objectively is performed looking closely into hard facts only -specifically, determining whether monies spent upon “program service expenditures” actually have furthered the limited, authorized “tax-exempt purposes” of entities such as the Bill, Hillary, and Chelsea Clinton Foundation, its subsidiaries, its joint ventures, and its affiliates (together, the “Clinton Charity Network”).
But, popular former presidents of the United States retain “bully pulpits” from which they certainly can spin sweet-sounding themes to a general audience and media that is not sufficiently acquainted with the strict laws and regulations that do, in fact , tether trustees of a tax-exempt organization to following only a mission that has been validly pre-approved by the Internal Revenue Service, on the basis of a complete and truthful application.
This Executive Summary carries forward a process of demonstrating that the Clinton Foundation illegally veered from its IRS-authorized mission within days of Bill Clinton’s departure from the White House in January 2001, using publicly available information which, in certain cases, has been purposefully omitted or obscured in disclosures offered through the Clinton Foundation website, its principal public portal.
Getting to Reality
The question of whether a federally authorized nonprofit corporation has been validly organized and operated is a question of fact, best answered through close review of the record.
Without having access to helpful corroborative materials (including board minutes, donor solicitation presentations, after-action reports to donors, management representation letters to accountants, internal memoranda, and communications with key counterparties), this Executive Summary previews 40 detailed Exhibits that dissect portions of the public record concerning activities of the Clinton Charity Network.
Determined review of these 40 Exhibits that deal primarily with the period 23 October 1997 (when the Clinton Foundation was organized) through 2011 (when attempts to re-organize the Clinton Foundation were most active) demonstrates beyond reasonable doubt that the Clinton Charity Network was neither organized nor operated lawfully.
As the following IRS publication states clearly, a nonprofit corporation must pass both an “organizational test” and an “operational test” to be legitimately exempt from federal income taxes.
“The Dual Test: Organized and Operated

The Clinton Foundation and each part of the Clinton Charity Network fails either the organizational test, the operational test, or both of these tests. The consequences for failing to meet either the organizational test or the operational test are severe. In normal circumstances, a charity would have its tax-exempt status revoked retroactively.
The “charity” would then have to refile its tax returns and pay corporate income taxes upon any profits earned from the date its authorization is revoked, forward to the present.
Donors who took tax deductions in the relevant time periods would owe personal income taxes on contributions they had made.
And, a raft of criminal as well as civil sanctions would likely ensue, whose financial consequences might, or might not be mitigated by insurance.
What the Public Record Reveals about Clinton Foundation Entities
To understand the full extent of illegal activities involving Clinton Foundation entities and personnel, you must resist unvetted words and numbers published in press releases, marketing brochures, and filings to state, federal, and foreign governments, the latter having been submitted under penalties of perjury.
Instead, you must concentrate upon “stubborn facts”–information whose veracity you can confirm, for yourself.
Though allies of the Clinton family, and some extended family members believe otherwise, in truth: “…whatever may be our wishes, our inclinations, or the dictates of our passions, you cannot alter the state of facts and evidence.”
What does available evidence reveal about the scale and scope of frauds committed and ongoing by the Clinton Foundation Charity Network?”

Charles Ortel meticulously dived into the financial and accounting records of the foundation already available in the public domain, superimposed them with the body of laws regulating charities and the actual solicitation efforts, only to find “massive discrepancies”.

Prior to the release of the study, Ortel published through his blog the following posts:

When a congenital liar and sociopath is exposed globally, the same would not just die very easily. Hillary Clinton is undergoing a torturous ordeal and it is just a matter of time before the lights go off.