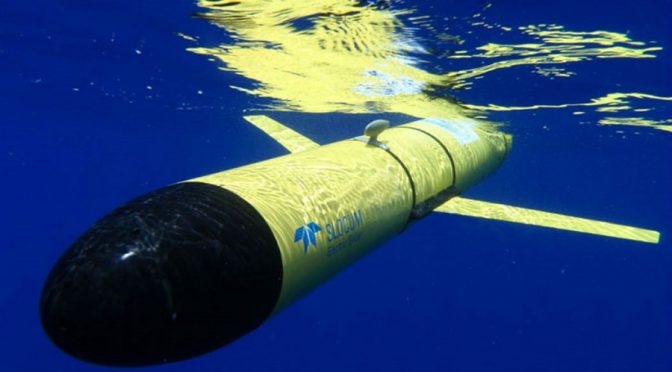 A so-called US Navy research sea drone that was monitoring activities in the South China Sea, and subsequently seized by the Chinese Coast Guard to “prevent danger to navigation,” is causing multiple reactions in the US media and from the US president-elect Donald Trump himself.

But it’s the reactions of the netizens to Trump’s “unpresidented” tweet that is drowning out the media’s usual warmongering stance.

It took Trump and his team 87 minutes to fix the word "unpresidented." pic.twitter.com/Bz7NxSqwlo

Here at CG, we are as guilty when it comes to errors in the use of the English language.
China, for its part, is tempering its post seizure pronouncements.

An American unmanned underwater device seized by Chinese military in the waters of the South China Sea earlier this week was potentially “dangerous” to safe navigation in the area, China claimed, adding that the drone would be returned to the US after its investigation.
The Chinese Defense Ministry praised its navy’s efforts in handling the incident “professionally,” in what has been dubbed as one of the most serious episodes between the two nations’ military in years.
“In order to prevent this device from posing a danger to the safe navigation of passing ships and personnel, the Chinese lifeboat adopted a professional and responsible attitude in investigating and verifying the device,” Chinese Defense Ministry spokesman Yang Yujun said in a statement on Saturday, as quoted by AP.
The Chinese have also accused Washington of “military surveying” with its ships in their “presence,” and demanded the US “stop such activities.”
“China will continue to maintain vigilance against the relevant US activities and will take necessary measures to deal with them,” the statement warned.
The device in question, which turned out to be an underwater drone apparently deployed by an American oceanographic vessel, would be transferred to the US “through appropriate means,” the Defense Ministry spokesman said.
Later in the day, the Pentagon confirmed that an “understanding” has been “secured” with Beijing “through direct engagement with Chinese authorities.” The drone would be returned to the US, Reuters reported, citing Pentagon press secretary Peter Cook.
https://www.rt.com/news/370647-us-china-drone-return/

But as we all know, the mainstream media are very stubborn and they can afford to hire more sophisticated “analysts” who can easily use phrases like “China’s seizure of US drone is an act of war”…

… when not too long ago, Philippine fishermen recovered the same type of sea drone with their fishing net, and there was no “act of war” rhetoric, nor an “unpresidented” media coverage that we know of, except the local ones.

The Chinese, of course, are not stupid when they said of the seizure that they’re just trying to avoid sea mishaps. They have to make it sure that those “research” sea drones won’t be able to see where their submarines are at any given time.
They have reasons to believe of the real possibility that any innocent looking drone can be weaponized. Much more with a cruise missile… 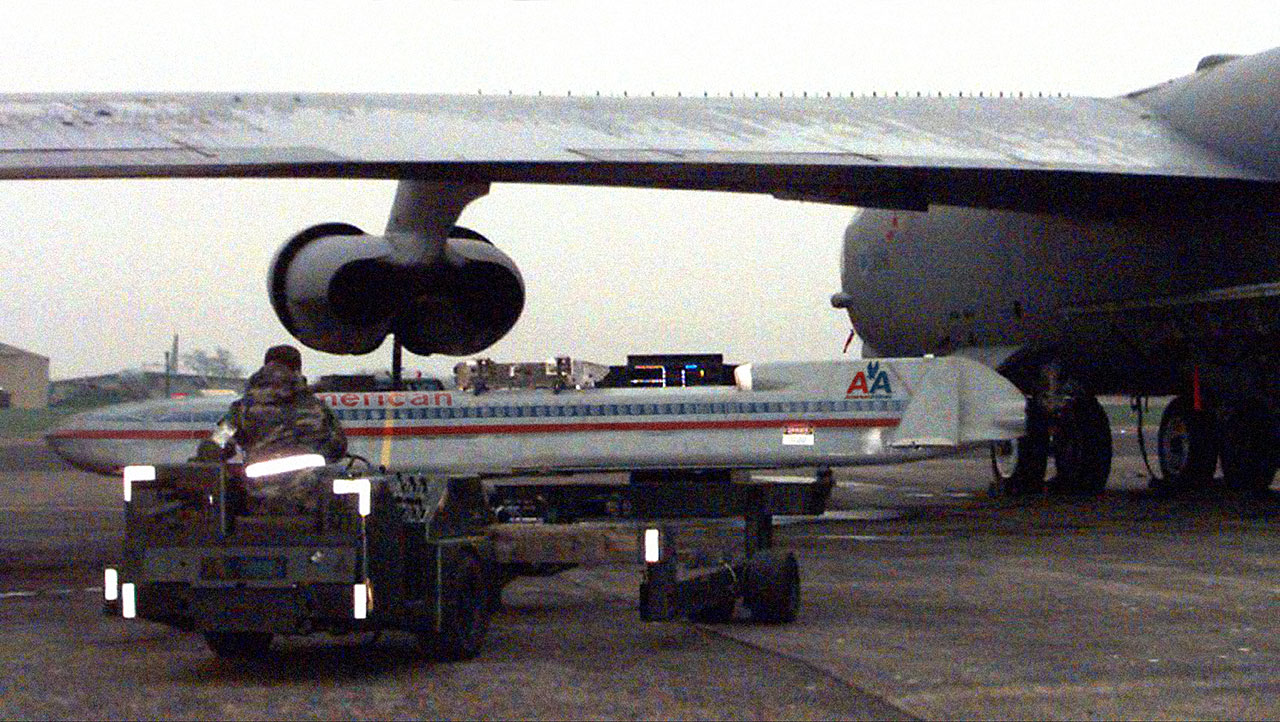 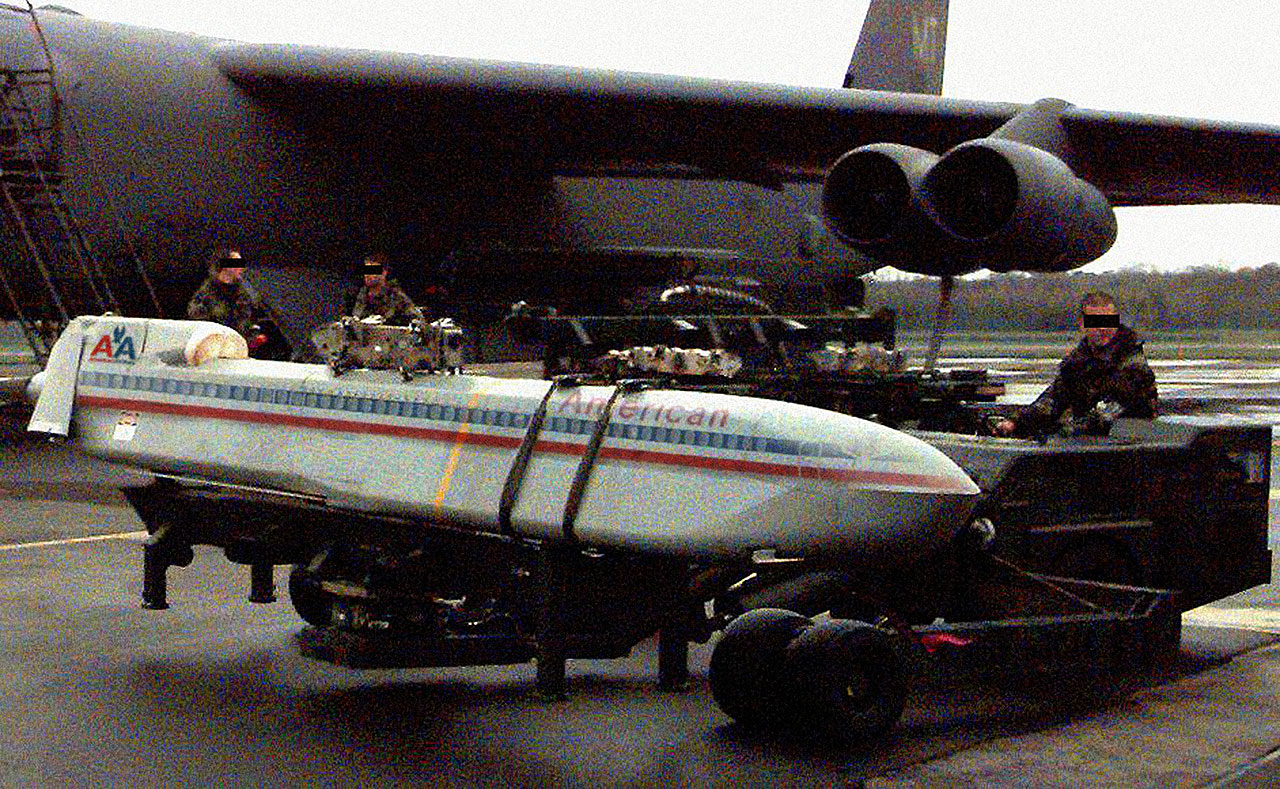 Although some attempts were made to debunk the above pictures, the assertion still stands because if we consider that the Pentagon was indeed attacked by a real plane, where’s the debris now?
Surely, those big Rolls Royce jet engines won’t just disappear into thin air as both were designed to withstand the heat generated from their own burning of the jet fuel, right?
While the passport of the Arab looking pilot survived?
The debunker of the above pictures conveniently assumes that painting the missile to look like an airplane needed it to be perfect when they’re only be used to appear in a quick short video.
https://www.youtube.com/watch?v=8X5bNIzq8t4
The hole that a cruise missile created was not as big as an airliner would have been able to do if that was the case. 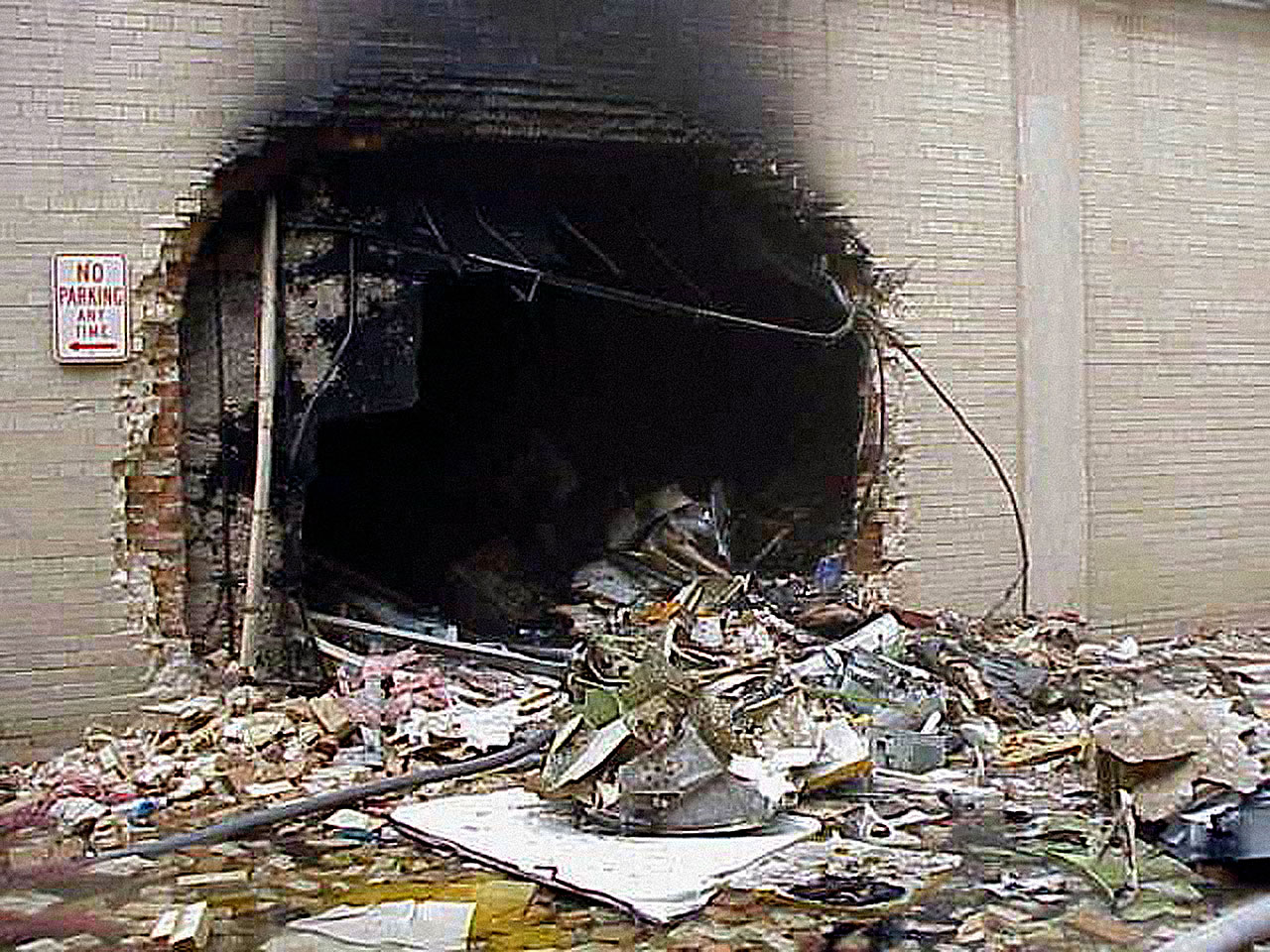 Nevertheless, we mustn’t be distracted by the recent event in the WPS/SCS region because the bigger picture is still all about an endless provocation for conflict, either to solicit bigger military budgets at home, or just to gain propaganda mileage amidst their shameful defeat in Syria.

#UPDATE MOD says China will return equipment identified as a US underwater drone, and regrets the US publicly hyping the incident https://t.co/cDzb4xQIX6

We must realize that there wasn’t any incident that would warrant the presence of US Navy in the region, i.e. freedom of navigation was never been disrupted by any country at its perimeter that would serve as a pretext for any foreign intervention.
How would the Americans feel if Chinese sea drones are sent close to the US mainland without any reason at all?
They just decided to “Pivot to Asia” when their regime change operation in Libya was completed, and the rest of the tasks of expanding Rothschild’s Greater Israel were turned over to Daesh terrorists.
Well, all of these Globalist totalitarian plans may be put on the back burner for a while because recent events are not in their favor. Syria is recovering from a US-led invasion which took more than half of its territory hosting a number of oil fields.
All of the ASEAN members are now moving closer to China instead of dancing to the American tune. Even Japan is doing its best to make peace with Russia by establishing economic and technological cooperation at the point of conflict, i.e. the Kuril Islands.
There’s no denying that the usual cheering squads are now seeing the true picture, the true motivation behind all of these US-NATO military interventions are not serving their own interests, but the few. An estimated 400 US overt and covert military bases encircling China are not there for defensive purposes only, but to limit China’s growing global influence through the ongoing “One Belt, One Road” revival of the ancient Silk Road.
For the first time in our history, we the people of the world have very clear choices, i.e. mutual prosperity, or mutually assured destruction.
We must never allow any false flag operation at home, or anywhere else in the world, to go unnoticed and unsolved.