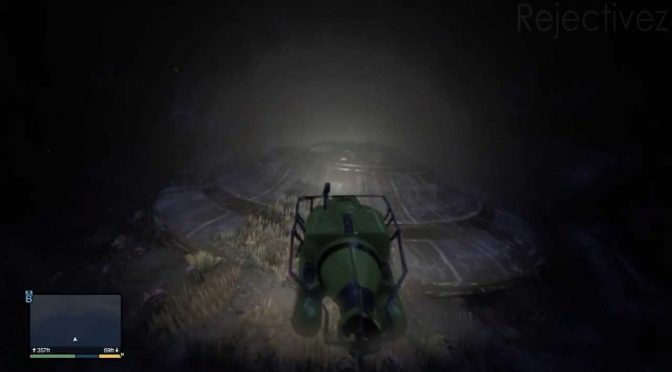 by Dr Michael Salla on December 12, 2016
This is among the most recent claims of Goode in a December 11 update about information he recently acquired as a result of his abduction and interrogation by what he describes as a Military Industrial Complex Secret Space Program (MIC-SSP) comprising the above U.S. military intelligence entities.
… He claims that the senior USAF officer in charge of the vehicle he was taken to, which he dubbed “Sigmund”, revealed that analysis of data from the two prior abductions has led to the conclusion that Goode is telling the truth after all.
Sigmund said that the tests first confirmed a key aspect of Goode’s testimony, which is that he has traveled to off planet locations:
The lab results once again confirmed that I had been in the approximate off-planet locations I had claimed. The MIC space program people do not have any intelligence suggesting I had ever actually visited these locations. I was never a part of their program.
This led to the Sigmund concluding that he was being deliberately misled by his superiors about the existence of more advanced programs to his own:
My tests proved, beyond any shadow of doubt, that there was much more to the secret space program than he knew.
As a high-ranking superior officer, this naturally came as quite a shock to him. He was led to believe that he had access to all relevant compartments of the UFO cover-up.
Goode describes how it is possible that a USAF space program would not be aware of other secret space programs, including the Navy’s Solar Warden, despite having craft capable of interplanetary travel in our solar system:
The MIC SSP has at least two large space stations in earth’s orbit as well as a number of manned satellites. They are roughly circular in shape and are large space stations with enough facilities for many people to work in various labs and so forth.
The above descriptions suggest something similar to a 1952 design by Dr. Werner Von Braun. 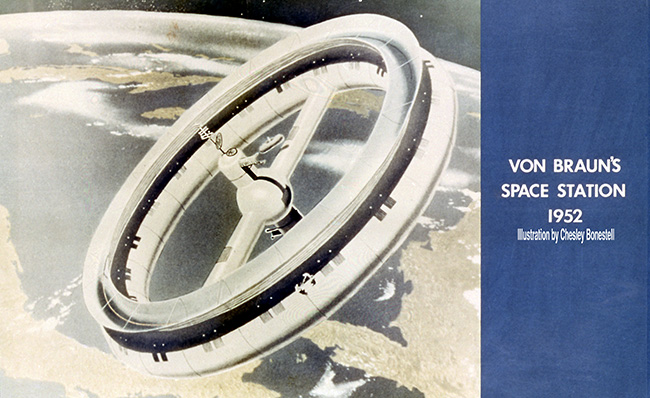 Goode continued to describe other technologies belonging to the MIC SSP:
They are also reported to possess floating aircraft carriers that look exactly the same as what we saw in The Avengers and Captain America: The Winter Soldier.
They have craft that can travel around our solar system, as well as other stealth-looking varieties. This technology makes them feel that if anything else was going on in our solar system, they would be able to see it. 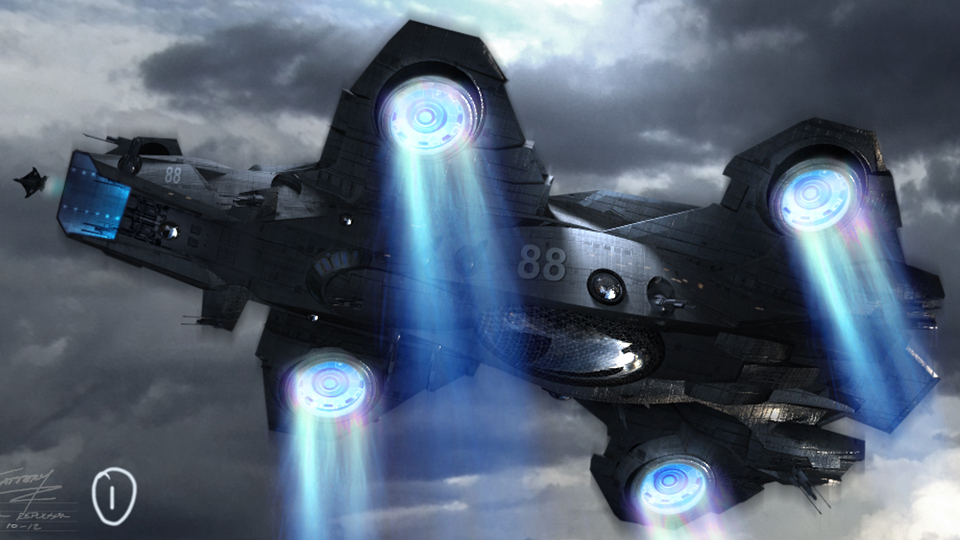 When they see the crafts from other programs, or of any of a number of ET races, they are simply told that these are ours. They are told that they are not on a need-to-know basis about that particular program and not to speak about their sighting with anyone….
The MIC SSP are told that we cannot travel outside our solar system… This is due to gravitational and energetic conditions at the boundary of our heliosphere that any escape impossible with their current technology.
This helps confirm that advanced antigravity craft are revealed through movies such as Captain America: The Winter Soldier in a “soft disclosure” process.
Goode describes the belief system that MIC-SSP holds about extraterrestrial life:
They believe that any ETs have long since come and gone from our solar system, other than time travelers from Earth’s own future who have developed the technology to come back and visit us.
They believe that some of these future humans now look like Grays due to evolutionary changes from living underground for thousands of years.
Goode recalled a conversation he had with “Gonzales” (a pseudonym used by a liaison to the Secret Space Program Alliance), who describes the reason why there was no attempt to stop Goode being abducted by MIC SSP:
Gonzales stated that he was sorry he couldn’t share some of the details before about why I was being abducted and interrogated. He stated that this was part of an operation that was seeding information into the ranks of this MIC SSP.
Apparently many of them are disillusioned and questioning whether or not they were indeed at the top of the intelligence totem pole as they had been led to believe….
These individuals were now in a state of mind that led many of them to believe that there was much more going on in “the programs” than they had been led to believe…
It has been confirmed through Wikileaks that a partial UFO disclosure initiative was being prepared through rock Star Tom DeLonge, who is being helped by two retired USAF Generals along with senior corporate officials such as the head of Lockheed Martin’s Skunkworks. The plan was to release information about the USAF/DIA/NSA/NRO space program with Earth orbiting space stations and antigravity TR-3B spacecraft capable of limited interplanetary operations.
Partial disclosure would be designed to hide the existence of more advanced space programs that use interstellar technologies with temporal drives, and have been implicated in various abuses including human slave trade in space. Partial disclosure would essentially be a “limited hangout” operation to hide the truth by revealing the existence of the less advanced USAF secret space program.
Goode and the Secret Space Program Alliance has been advocating “full disclosure” of all programs and of extraterrestrial life since late 2014. It appears that his military abductions have led to key leaders in the USAF secret space program finally learning the truth about themselves being deceived about the full scope of what is happening in space. This will add to the pressure for full disclosure, and limit the prospects of a limited disclosure narrative being implemented.
http://exopolitics.org/partial-disclosure-and-competing-secret-space-programs/
Will Donald Trump move for a total Secret Space Program Disclosure during his incumbency?
Surely, both China and Russia are already giving out partial disclosures about fuelless electromagnetic drive and materializer, respectively. 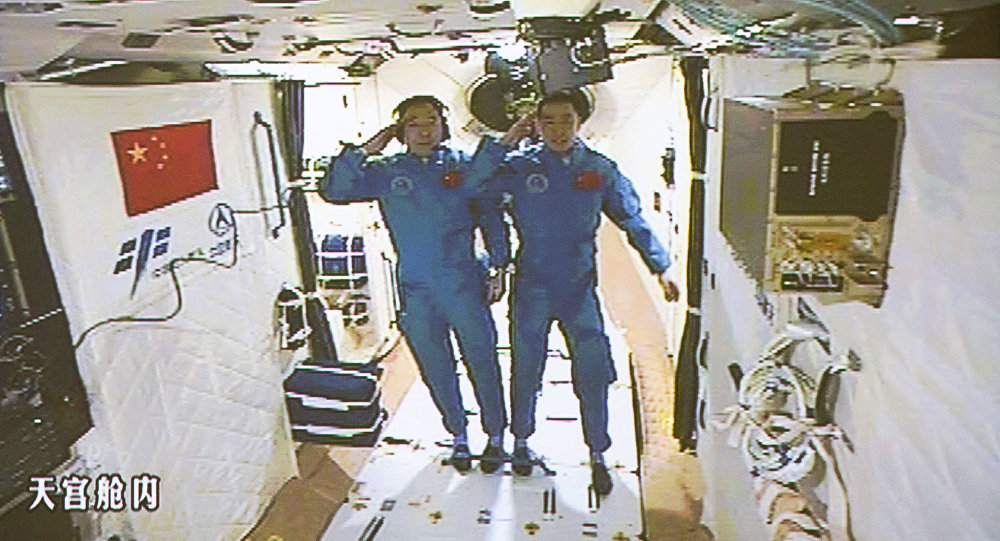 Sputnik, 17:51 21.12.2016 (updated 18:01 21.12.2016)
The radical technology recently stirred up controversy after a paper published by a team of researchers from NASA’s Eagleworks Laboratories in the peer-reviewed Journal of Propulsion and Power appeared to show they’d successfully built the technology. It was said the engine could get humans to Mars in just 70 days.
The “reactionless” Electromagnetic Drive, or EmDrive for short, is an engine propelled solely by electromagnetic radiation. This “impossible” engine appears to violate one of the fundamental laws of physics. With no fuel to eject, this tech contradicts Newton’s third law of motion, that for every action there is an equal and opposite reaction. 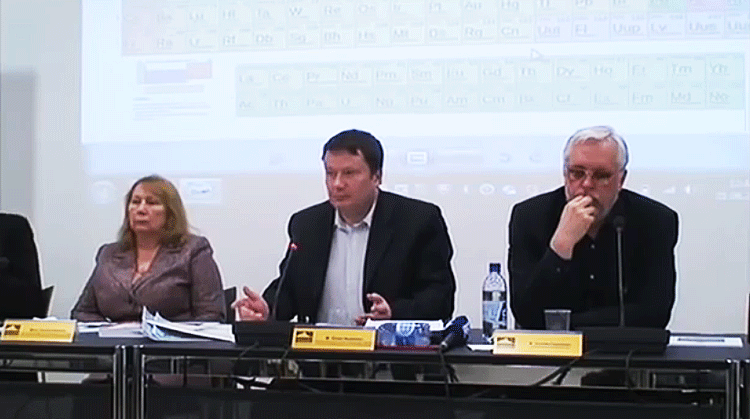 In another challenge to the Khazarian Mafia’s Babylonian paper magick financial system and the entire pyramid of cartels, two Russian scientists revealed a groundbreaking scientific discovery that is expected to change every system built for the last millennia.
… Barely a few weeks ago, a conference was held in Geneva, Switzerland, purposely to announce the discovery of a method to transmute any element into another element in the periodic table, and beyond.
This discovery was made possible by two Russian theoretical and experimental scientists who were trying to figure out how to fuel a spacecraft using any element found in space. Now, that’s a good scientific excuse, indeed.
The transmutation process does not involve nuclear reaction and heavy water. The economic consequence of the industrial scale of such a process cannot be projected at this point, they say.
https://geopolitics.co/2016/07/14/russian-scientists-announce-historic-discovery-rendering-the-entire-system-obsolete/
South Korea also claims to be a step closer to the unlimited energy source via cold fusion. Although this is nothing new, but it is already a step in the right direction considering that those companies who rely on the imperfection of the current system for more than a century need to have a smooth transition protocol.

By Kim Tong-hyung
Scientists operating Korea’s next-generation nuclear fusion reactor Tuesday reported their first generation of plasma, saying it marked progress in futuristic experiments to create limitless energy for human use.
The device, called KSTAR, an abbreviation for Korea Superconducting Tokamak Advanced Reactor, generated plasma inside its inner chamber for the first time on June 13.
The reactor is the second of its kind in the world to generate plasma using superconducting material. China was the first with its EAST reactor in 2006, according to Kwon Myeon, a director at the National Fusion Research Institute.
In the experiments that continued through June 30, the plasma lasted for 249 milliseconds at above 100 kilo-amperes (kA) current with the maximum current reaching 133 kA, according to officials from the state-run National Fusion Research Institute.
Originally, the goal for the KSTAR scientists was to maintain plasma for 100 milliseconds, or 0.1 seconds, above 100 kA.
“The generation of plasma proves that KSTAR is ready to operate and contribute significantly to the research for nuclear fusion,” said Ryu Koo-hee, an official from the nuclear fusion research division at the Ministry of Education, Science and Technology.
“KSTAR is also one of the world’s few fusion reactors that use Nb3Sn as superconducting material, identical to the design of the ITER reactor, which strengthens Korea’s potential contribution to the international ITER effort.”
… Nuclear fusion is regarded as one of future energy solutions that are limitless in sourcing, a key alternative to the limited and depleted sources of fossil fuels. The viability of the technology is still debated.
To put it simply, nuclear fusion is the process that makes the sun shine, with the nuclei of small atoms, such as hydrogen, squeezed together and heated to an extreme degree such that they fuse to form larger nuclei and release a burst of energy.
http://m.koreatimes.co.kr/phone/news/view.jsp?req_newsidx=27642
This is the time when everyone should be more vigilant, because the powers that be could hijack the whole operation towards our Startrek future, if they aren’t fully neutralized in time.
For example, the Venus Project, which is the most feasible way of integrating advanced technology into a non-monetary-based economic system to date, has its genius Jacque Fresco been awarded at the United Nations in July of this year for his lifetime’s work of finding a better way to eliminate hunger and war at a time of massive technological advancements.
https://www.youtube.com/watch?v=lVNZBHIXMlw
Was this an honest attempt to finally adapt the resource based economic system, or just a step towards the full integration of the masses to the machines, i.e. technocratic dictatorship?
Will Donald Trump do it as Jacque Fresco have designed it, or will he follows the social design which protect the privileged position of his own class?
https://www.youtube.com/watch?v=Yb5ivvcTvRQ

5 thoughts on “Competing Secret Space Programs Disclosure, Will Trump Do it?”