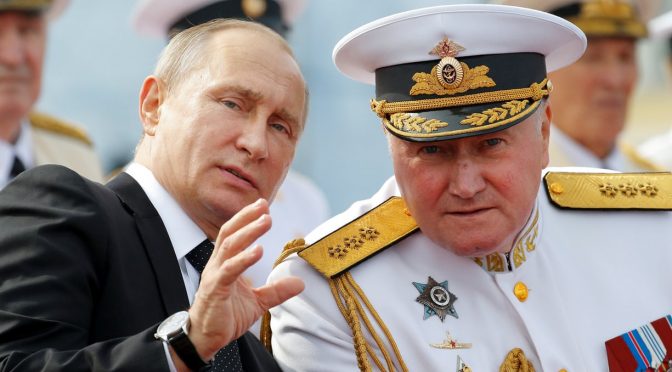 For Vladimir Putin, the decapitation of Donald Trump in favor of the US Congress in terms of crafting better US foreign policies, is the last straw. Although, it did not merit the mainstream media’s coverage, Russia will be sending a thousand US diplomats home.
The Guardian UK and BBC are putting the number at 755 personnel, 10 hours ago. However, it could be more as not all of them can be properly accounted for, due to the nature of their assignments.
The Russians will also be closing all warehouses being used as special operation centers by the Deep State CIA operatives.

by Scott Humor
In the last days of 2016, one couldn’t do enough to avoid announcements of 35 Russian diplomats being expelled from the US and Russian government-owned property being seized.
Every five minutes on every channel, there was footage of people burdened with children and suitcases waiting on wet tarmac for a plane to pick them up, because they weren’t allowed to remain inside the airport building.
Also, there was the same, it seemed, footage of a modest red three-story turn of the century waterfront house with a simple garden bench near water, that was inevitably referred to by every US and EU channels as a “Russian secret services center” despite the notable absence of any satellite antennas so prevalent around the American Embassies all over the world, in Ukraine, for example, or in Venezuela.
One, however, would be hard pressed to find any information about the American diplomats being expelled from Russia. Fox News had a 24 second announcement:
CNN managed 1:37 minutes announcement. Bloomberg TV in a 1:19 minute segment asks “are we committing the foreign policy out of the legislative branch?” and decided that it is just “tit for tat.”
All of these channels concentrate mostly on the properties, and on the Senate taking over from the “executive branch” meaning here the president and his power to run the foreign policy. In essence they leave him with nothing more but to greet the local Police departments and open baseball matches while Tillerson issues three sentence statements.
For everyone living outside of OCONUS, it means that the US won’t have anyone to call directly. And that US foreign policy will have no “face,” if you don’t count McCain after his brain surgery. Last year, I wrote that we will see times when we will remember John F. Kerry as a good guy. Those times are upon us.
Short of  PBS, none of these media announcements mentioned the number of the US diplomats being expelled. PBS, a government owned broadcasting company, reveals the extent of the operation in its segment, “why Moscow’s retaliation for U.S. sanctions is a major escalation.”
PBS corresponded, Nick Schifrin, reported that by September 1, the US will have to reduce its staff inside of Russia to 455, at the Embassy in Moscow and three consulates around the country. By Monday, they will lose access to the storage facility inside Moscow, as well as a country house that they generally use right outside of Moscow.

Scott Humor, Director of Research and Development, and author of The enemy of the State.