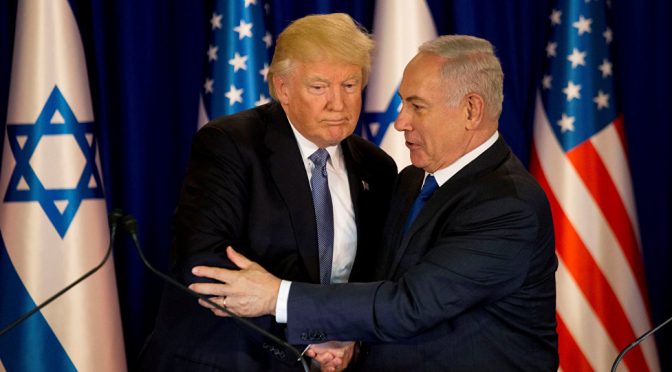 Again, the whole idea behind Trump’s decision to recognize Jerusalem is to sow more conflicts in the Middle East, to incite Muslim extremists against US interests, which should fuel his own anti-Muslim policies, and to a greater extent, to start a war that feeds the arms industry in the next decade. In the short term, to deflect the public’s attention away from the continuing attacks of his own political enemies at home.
But then, a divided house cannot make decisions for others to follow. Sowing conflicts are bargaining chips for more concessions don’t sell in Asia.
This singular act of recognizing Jerusalem as the capital of Zionism may buy the Deep State some time, but the rest of the world is no longer looking at what the US do, or say. The rest of the world is busy creating a new world of prosperity for as many people as can be.
https://youtu.be/sHsZz7S3Nhk

14 thoughts on “Trump Sows M.E. Conflict to Resuscitate US Relevance”