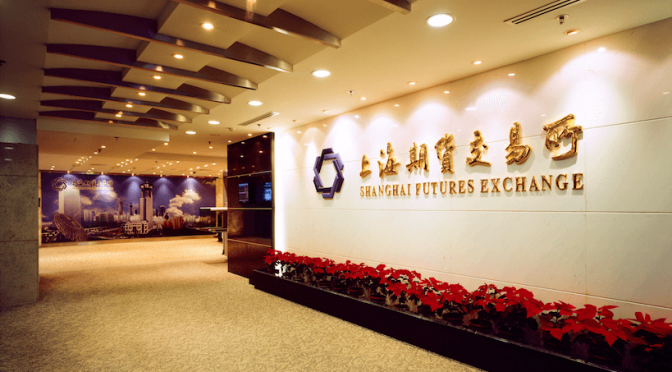 On March 26, the petrodollar will begin its funeral march to oblivion as the Shanghai International Energy Exchange allows any Chinese and foreign traders to trade oil in local currencies other than the dollar. This is very significant considering that China is the world’s largest oil consumer as of last year.
A statement from the Shanghai International Energy Exchange says,
“Approved by the China Securities Regulatory Commission (“the CSRC”), the Shanghai International Energy Exchange Co., Ltd., or INE, is an international exchange that is jointly initiated and established by relevant entities including the Shanghai Futures Exchange, and open to global futures participants. As a self-regulated entity, INE discharges its duties pursuant to the Company Law, the Regulations on the Administration of Futures Trading and relevant rules and regulations prescribed by the CSRC.
Registered in the China (Shanghai) Pilot Free Trade Zone on November 6th, 2013, INE operates the listing, clearing and delivery of energy derivatives including crude oil, natural gas, petrochemicals, etc., formulates business rules, implements self-regulation, publishes market information, and provides technology, venue and facility services.
Based on the principles of “openness, fairness and impartiality”, INE is devoted to establishing a global trading platform for energy derivatives that is “internationalized, market-oriented, rules by law and professionalized” to objectively reflect the energy supply-demand conditions, provide a tool in price discovery, risk management and asset management for energy producers, distributors, consumers and investors, so as to facilitate the optimal allocation of energy resources and promote the economic development.”

Superimposing this in the context of what China has been doing in the South China Sea, Latin America and in the Middle East, this means that any deliberate disruption of the market by way of instigated conflict, or mere speculative attacks against the INE, will never be allowed.

How China Is About to Shake Up the Oil Futures Market

By Sungwoo Park | February 9, 2018, 4:29 PM GMT+8
China, the world’s biggest oil buyer, is opening a domestic market to trade futures contracts. It’s been planning one for years, only to encounter delays. The Shanghai International Energy Exchange, a unit of Shanghai Futures Exchange, will be known by the acronym INE and will allow Chinese buyers to lock in oil prices and pay in local currency. Also, foreign traders will be allowed to invest — a first for China’s commodities markets — because the exchange is registered in Shanghai’s free trade zone. There are implications for the U.S. dollar’s well-established role as the global currency of the oil market.

Futures trading would wrest some control over pricing from the main international benchmarks, which are based on dollars. Denominating oil contracts in yuan would promote the use of China’s currency in global trade, one of the country’s key long-term goals. And China would benefit from having a benchmark that reflects the grades of oil that are mostly consumed by local refineries and differ from those underpinning Western contracts.

Futures contracts fix prices today for delivery at a later date. Consumers use them to protect against higher prices down the line; speculators use them to bet on where prices are headed. In 2017, oil futures contracts in New York and London outstripped physical trading by a factor of 23. Crude oil is among the most actively traded commodities, with two key benchmarks: West Texas Intermediate, or WTI, which trades on the New York Mercantile Exchange, and Brent crude, which trades on ICE Futures Europe in London.

Another factor that would sidetrack the Deep State petrodollar is the breathtaking and massive nuclear power plant constructions inside China, and soon in other parts of Eurasia.

Meanwhile, the White House has just announced that more jobs are coming due to an increased spending for the military industrial complex.
Trump has just signed the spending bill to avert a complete corporate government shutdown, which includes the budget for the arms and war manufacturers.

Just signed Bill. Our Military will now be stronger than ever before. We love and need our Military and gave them everything — and more. First time this has happened in a long time. Also means JOBS, JOBS, JOBS!

9 thoughts on “Global Reset: China Officially Starts the Dumping of the Petrodollar”