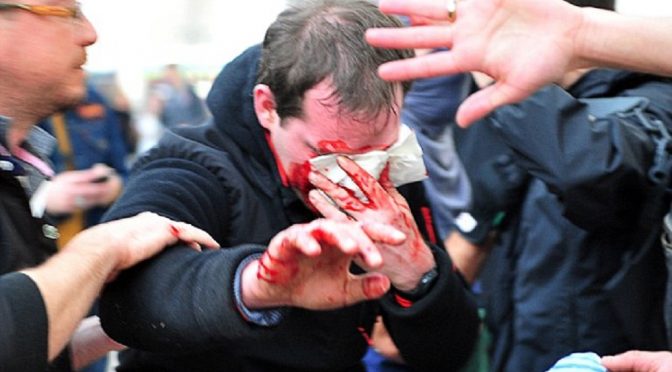 The perpetual politically correct Deep State stooge Emmanuel Macron has been recently exposed to its brutality. In a scathing video gathered around during the weeks of Yellow Vests protest, the corporate police force has been hitting hard on protestors notwithstanding those aged one who braved the winter cold for economic respite and the future of freedom in the country.
https://www.youtube.com/watch?v=fk1RVYSzaAE
Snipers shooting of civilians, that’s not the type of government fit for the 21st Century. It’s only fitting that the protests must be sustained. These snipers must be exposed, too, for their treachery against the French population.
This is the video that Macron doesn’t want you to see.
https://streamable.com/s/sfpd9/zhobjt
Instead of showing transparency, the Deep State mainstream media is now looking for possible Russian participation in the ongoing anti-corporatists movement.

MOSCOW (Sputnik) – A BBC stringer has admitted that the broadcaster is in the search of any proof of Russia’s alleged role in the “Yellow Vests” protests in Paris, demanding that its journalists seek any leads that would point to Moscow, a correspondence obtained by Sputnik showed.

The world is closely watching…