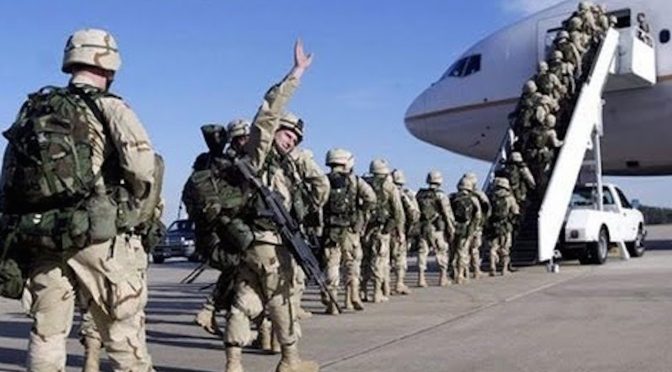 WASHINGTON — President Trump has ordered the withdrawal of 2,000 American troops from Syria, bringing a sudden end to a military campaign that largely vanquished the Islamic State but ceding a strategically vital country to Russia and Iran.
In overruling his generals and civilian advisers, Mr. Trump fulfilled his frequently expressed desire to bring home American forces from a messy foreign entanglement. But his decision, conveyed via Twitter on Wednesday, plunges the administration’s Middle East strategy into disarray, rattling allies like Britain and Israel and forsaking Syria’s ethnic Kurds, who have been faithful partners in fighting the Islamic State.
The abrupt, chaotic nature of the move — and the opposition it immediately provoked on Capitol Hill and beyond — raised questions about how Mr. Trump will follow through with the full withdrawal. Even after the president’s announcement, officials said, the Pentagon and State Department continued to try to talk him out of it.
“We have won against ISIS,” Mr. Trump declared in a video posted Wednesday evening on Twitter, adding, “Our boys, our young women, our men — they’re all coming back, and they’re coming back now.”
… The decision brought a storm of protest in Congress, even from Republican allies of Mr. Trump’s like Senator Lindsey Graham of South Carolina, who said he had been “blindsided.” The House Democratic leader, Representative Nancy Pelosi of California, suggested that the president had acted out of “personal or political objectives” rather than national security interests.
https://www.nytimes.com/2018/12/19/us/politics/trump-syria-turkey-troop-withdrawal.html

In short, the We in the “We have won against ISIS” may not include these warmongers working right inside the US Congress and the Old Media.
According to some reports, the White House ordered the removal of all troops deployed in Syria, and the Pentagon said they have already started the process of returning US servicemen home. All State Department staff will also evacuate from Syria within 24 hours, and the armed forces will be withdrawn in a period of 60 to 100 days.
Trump’s decision to bring the troops home is understandably the best gift ever given to any US soldier and his family just in time for the holidays. JFK planned the same measure for US troops in Vietnam, but did not live to see the day the US Embassy in Saigon fell to the communists.
It was, of course, the Russian coalition that neutralized the ISIS threat in Syria, when it entered the Syrian theater in September 30, 2015, and they are still waiting for the conclusive proof of the announced US troops withdrawal.
https://youtu.be/JA10hspHG-w

28 thoughts on “Full US Troops Withdrawal from Syria Underway”