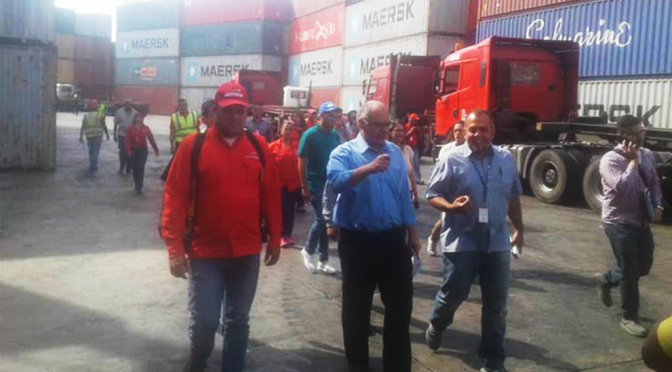 The Venezuelans are suffering from lack of food and medicine, they say. But they are offering some solutions that are grossly incongruent to the pretext of their blatant interference against the country.
The British military is planning for a surgical operation against Venezuelan President Maduro. Under the cloak of a “counternarcotics takedown” operation, the Royal Navy claims the Mounts Bay, a giant auxiliary landing ship, is working with the US SouthCom that would lead any attack on Venezuelan leadership.
The British marines are said to be from 40 Commando’s A Company, a highly trained unit that specialises in close combat and is “held at very high readiness by UK MoD for crisis response,” and were among the first British troops to land in Iraq during the 2003 invasion,” The Morning Star reports said.
To spice up the ongoing propaganda, the British “philanthropist” Richard Branson is also organizing a Live-Aid concert along the shared border between Columbia and Venezuela.


Live-Aid concerts have been used to funnel money from your pockets into their bank accounts, and only a token were thrown into water distribution projects in Africa and elsewhere. Just look at how the Red Cross was able to build 5 houses for the Haiti earthquake survivors, covered up the spread of cholera and rape against minors.
On the other hand, the Alliance through China, Cuba and the Pan American Health Organization [PAHO] is sending in 933 tons of medical aid to the Venezuelans.

Venezuelan Health Minister Carlos Alvarado announced Thursday the arrival of 933 tons of medicines and medical supplies from China, Cuba, the Pan American Health Organization (PAHO) and some direct purchases’ from the Ministry.
The Minister, from the port of La Guaira, in Vargas state, specified that the cargo totals 64 containers, which periodically enter Venezuela with supplies, despite the economic war and the blockade of investments made abroad to the Bolivarian Executive.
Alvarado, stressed that in response to the request of the National Assembly, Parliament in contempt since 2016, to enter the nation ‘humanitarian aid’ for the alleged crisis that Venezuelans are going through in the sector, is paradoxical as the opposition can not recognize and address the sanctions that impede Venezuela’s free development.
‘It is not strange that we are receiving containers here in the port of La Guaira’, said the director, while detailing that most of the medicines and materials come from cooperation agreements with Cuba and China.
He also stressed that the Ministry made some ‘direct purchases’ in the international market with companies not yet blocked by the U.S. Government.
Alvarado also stressed that some inputs come from PAHO’s revolving and strategic fund.
He also added that the cargo received this Thursday contains ‘more than 18 million units of medicines’ among ‘anesthetics, vaccines, and antibiotics, nutrients for pregnant women, antipyretics, analgesics, gastric protectors and physiological solutions.
Besides, 22,575 units of spare parts for medical equipment, 192,000 kits for diagnostic tests and ‘more than 100,000 for cytology’ were also received.
The Minister also assured that the investment is approximately 25 million euros.
https://www.globalresearch.ca/cuba-china-paho-to-send-933-tons-of-medicines-to-venezuela/5669074

That is, of course, a middle finger pointed at the Deep State assassins, who still think that the world can only afford to watch as they turn another country into ashes and ruins.
Understand that it is the US sanctions and the deliberate withholding of the Venezuelan gold, among other attacks, by the UK are what is compounding the economic turmoil in Venezuela.