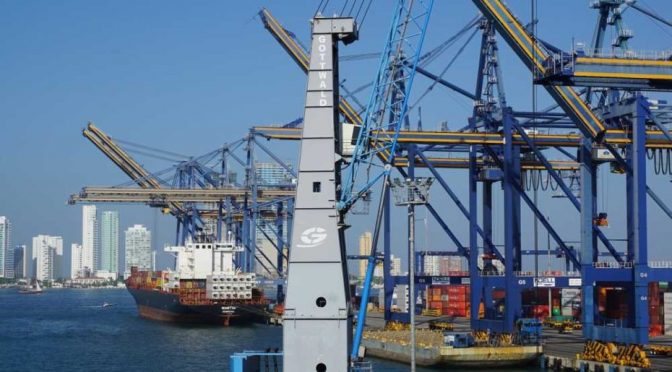 Over the past several years Latin America has become a strategic battleground which involves much more than merely “geopolitical power plays” between the USA vs China as many commentators are asserting. Of course this is not to say that there are no geopolitical battles occurring. The entire western sponsored regime change operation in Venezuela couldn’t be understood unless one realized that China and Russia see Venezuela as a strategic ally in the Americas and a future zone for Belt and Road projects which are sweeping across the world… but something more is happening.

Over the past three years, over 17 Latin American and Caribbean (LAC) nations have signed onto the new operating framework of the Belt and Road Initiative which extends far beyond the limited China-to-Europe corridor which many presumed it to be when it was announced in 2013. With its focus on long term planning and interconnectivity, China is already number one in vital infrastructure investments globally and while not number one in overall trade in the Americas, has now produced over six times more investment into Latin American energy infrastructure than the World Bank.

This new paradigm has been a breath of fresh air for many nations of the south that have been gripped by Western drug money laundering, poverty, debt slavery and organized crime which has been kept in place by over four decades of IMF-World Bank dictates enforced by London/Harvard trained economists positioned as local governors over the bodies of nationalist leaders.

In spite of the 17 nations on board the BRI, the big four powers (Mexico, Argentina, Brazil and Colombia) have not yet joined, which has been a frustrating obstacle for the greater vision of integrated infrastructure to blossom. However, in the past few weeks, even this has begun to change.

Colombia and the BRI

At a July 29-31 state visit to Beijing, Colombia’s President Iván Duque embraced a long term perspective with China (though not fully joining the BRI) when he spoke to 200 Chinese businessmen saying that China could help “transform Colombia into a food basket for the world” and that Colombia should be China’s “golden gate” into South America. He invited China to help with projects to develop infrastructure, education and science calling for “a Colombia-China initiative for the next 40 years”.

The specific program to transform Colombia was outlined by Duque as a “productive corridor” connecting the Eastern High Plains with the Pacific Port of Buenaventura through transportation corridors across the Andes, and a Sea Motorway 2 connecting the Gulf of Uraba in the Caribbean and several oil fields. While only 8 million hectares of agricultural land are currently used, Colombia’s full potential of 24 hectares will become developed once this initiative is built.

On the BRI itself, Duque said that it should be “the conceptual umbrella for this project to materialize”.

As the infamous 1999 photograph of the President of the NYSC embracing Raul Reyes (FARC narco-terrorist leader) demonstrates, Wall Street and London financiers have literally kept Colombia under the clutches of narco-traffickers for decades, resulting in a culture of organized crime, terrorism, and impoverishment that only the BRI can solve. In the 21st century over two million Colombians have no access to electricity. With Colombia’s involvement in the BRI, every Andean nation in South America would be on board.

A Sea Change for Argentina

Since Mauricio Macri’s December 2015 victory, Argentina took a slide into insanity. At one time representing a powerful force of opposition to the international financiers and vulture funds under the Peronist government of the late Nestor Kirchner and his wife Christina, Argentina under Macri has once again become a bankers’ fiefdom which brought the nation slavishly back under the whip of the financial oligarchy. Under Macri, austerity became the new norm and payment of debts the new priority for Argentina, while the vast majority of large scale infrastructure projects begun by President Kirchner were cancelled or postponed.

Somehow Macri was surprised that his monetarist strategies failed to win him the love of the people as unemployment continued to rise, and inflation topped 55% with no hope in sight.

The effects of the population’s suffering under the IMF’s monetarist diktats resulted in a surprise August 12 pre-election vote which gave Macri’s opponent Alberto Fernandez 47% of the votes (compared to a mere 33% for sitting President). Although this was only a pre-election vote, Fernandez demonstrated that he will likely become the President in the November elections. What is also notable is that Fernandez (a former Chief of Staff to Nestor Kirchner) is partnered on the Front for All ticket with his Vice-Presidential running mate Christina Fernandez de Kirchner herself. Fernandez and Kirchner promise to re-organize the unpayable IMF debts and end the age of austerity. Of course, speculators showed their disapproval of this return to a national power by collapsing the Argentina peso by 15% on August 13 and threatening more punishment if the “populist Peronists” are elected.

With Kirchner’s immanent return to power, many presume that the burgeoning golden age of China-Russian relations will blossom once more. Under Kirchner’s leadership a powerful “Argentina-China Integral Strategic Alliance” was formed along with 20 major treaties between the nations.

Some of the projects begun under Kirchner which Macri wasn’t able to kill involve the $4.1 billion Patagonia Hydroelectric project where two dams are being built on the Santa Cruz River, and also the $8 billion plan to build two nuclear power plants (one Canadian CANDU and one Chinese design). The dam represents the first hydro project built in over a quarter century and even thought Argentina was the first Latin American country to go nuclear with the Atucha I plant in 1974, very little was permitted since then.

While the current right wing regime under Jair Bolsonaro has turned away from a friendly relationship with China on orders from Washington, Chinese-sponsored projects begun under Lula da Silva and Dilma Rousseff were not so easy to kill with Brazil still receiving the second highest investment of Chinese capital amounting to $54 billion. Some BRI-related projects underway currently involve the Ultra High Voltage electricity transport system under construction since 2011 by China’s State Grid subsidiary in Brazil. This incredible project also known as the Electricity Superhighway carries high voltage electricity with very little loss of power over 2000 km from the northern Belo Monte Dam to the impoverished and populated southeast providing cheap electricity to 22 million people.

The New Development Ban is also setting up operations in Brazil and will begin emitting funds outside of the control of the IMF/World Bank shortly and Brazil’s hosting of the 11th BRICS Summit on November 13 is sure to dovetail with Chinese and Russian investment strategies in the South. Under a re-organized financial system, such new institutions as the New Development Bank, the Silk Road Investment Fund, Asia Infrastructure Investment Bank would take on leading roles in providing long term productive credit for projects globally.

A Word on Mexico

Mexico gained a huge victory with the election of nationalist President Andres Manuel Lopez Obrador in 2017 who has fought for a Mexico/Central America Development Plan since his election as an alternative to the current IMF/World Bank paradigm. This plan which is very much in harmony with the Belt and Road model involves southern Mexico and the “northern triangle” of El Salvador, Guatemala and Honduras which would see the construction of a cross Isthmus and North-South railroad system and ports along with a new electricity grid and agro industrial developments for all four nations.

Although AMLO’s impulses favor joining the BRI, immense pressure has withheld this leap from occurring to this point.

After Panama became the first Latin American nation to join the BRI in 2017, Uruguay followed suite, and was quickly joined by Ecuador, Peru, Bolivia, El Salvador, Chile, and Costa Rica. Caribbean nations on board involve Barbados, Jamaica, Guyana, Trinidad and Tobago, the Dominican Republic and Antigua-Barbuda.

Western assets embedded in the LAC political structures are not only easy to identify due to their rejection of the BRI and embrace of Wall Street, but also for their blatant support of “green” energy strategies which seek to shut down carbon emitting oil, coal and even nuclear power.  An example of this hive was made evident by coalition of former energy secretaries of Argentina that wrote a memo calling for a scrapping of nuclear in preference to a total wind/solar strategy in obedience to the oligarchs that wrote COP21 and the Green New Deal. For any thinking citizen, this is merely another name for depopulation.

Accurately capturing the principle of what is happening across South America and the world as a whole, Costa Rica’s ambassador to China recently said that China is “creating a new paradigm for development which may be as important perhaps as the Bretton Woods was after World War II” and that China is “calling upon the whole world to design together what the New Paradigm is going to be”.

Matthew J.L. Ehret is a journalist, lecturer and founder of the Canadian Patriot Review. He is also the co-founder of the Rising Tide Foundation.