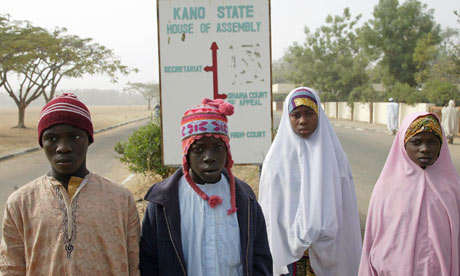 Pfizer was sued by the Nigerian state and federal authorities, who claimed that children were harmed by a new antibiotic, Trovan, during the trial, which took place in the middle of a meningitis epidemic of unprecedented scale in Kano in the north of Nigeria in 1996.

Last year, the company came to a tentative settlement with the Kano state government which was to cost it $75m.

But the cable suggests that the US drug giant did not want to pay out to settle the two cases – one civil and one criminal – brought by the Nigerian federal government.

The cable reports a meeting between Pfizer’s country manager, Enrico Liggeri, and US officials at the Abuja embassy on 9 April 2009. It states: “According to Liggeri, Pfizer had hired investigators to uncover corruption links to federal attorney general Michael Aondoakaa to expose him and put pressure on him to drop the federal cases. He said Pfizer’s investigators were passing this information to local media.”

The cable, classified confidential by economic counsellor Robert Tansey, continues: “A series of damaging articles detailing Aondoakaa’s ‘alleged’ corruption ties were published in February and March. Liggeri contended that Pfizer had much more damaging information on Aondoakaa and that Aondoakaa’s cronies were pressuring him to drop the suit for fear of further negative articles.”

The release of the Pfizer cable came as:

• The American ambassador to London denounced the leak of classified US embassy cables from around the world. In tomorrow’s Guardian Louis Susman writes: “This is not whistleblowing. There is nothing laudable about endangering innocent people. There is nothing brave about sabotaging the peaceful relations between nations on which our common security depends.”

• It emerged that Julian Assange had been transferred to the segregation unit in Wandsworth prison and had distanced WikiLeaks from cyber attacks on MasterCard, Visa, PayPal and other organisations.

• Other newly released cables revealed that China is losing patience with the failure of the Burmese regime to reform, and disclosed US fears that Europe will cave in to Serbian pressure to partition Kosovo.

While many thousands fell ill during the Kano epidemic, Pfizer’s doctors treated 200 children, half with Trovan and half with the best meningitis drug used in the US at the time, ceftriaxone. Five children died on Trovan and six on ceftriaxone, which for the company was a good result. But later it was claimed Pfizer did not have proper consent from parents to use an experimental drug on their children and there were questions over the documentation of the trial. Trovan was licensed for adults in Europe, but later withdrawn because of fears of liver toxicity.

The cable claims that Liggeri said Pfizer, which maintains the trial was well-conducted and any deaths were the direct result of the meningitis itself, was not happy about settling the Kano state cases, “but had come to the conclusion that the $75m figure was reasonable because the suits had been ongoing for many years costing Pfizer more than $15m a year in legal and investigative fees”.

In an earlier meeting on 2 April between two Pfizer lawyers, Joe Petrosinelli and Atiba Adams, Liggeri, the US ambassador and the economic section, it had been suggested that Pfizer owed the favourable outcome of the federal cases to former Nigerian head of state Yakubu Gowon.

He had interceded on Pfizer’s behalf with the Kano state governor, Mallam Ibrahim Shekarau – who directed that the state’s settlement demand should be reduced from $150m to $75m – and with the Nigerian president. “Adams reported that Gowon met with President Yar’Adua and convinced him to drop the two federal high court cases against Pfizer,” the cable says.

But five days later Liggeri, without the lawyers present, enlarged on the covert operation against Aondoakaa.

The cable says Liggeri went on to suggest that the lawsuits against Pfizer “were wholly political in nature”.

He alleged that Médecins sans Frontières, which was in the same hospital in Kano, “administered Trovan to other children during the 1996 meningitis epidemic and the Nigerian government has taken no action”.

MSF – which was the first to raise concerns about the trial – vehemently denies this. Jean-Hervé Bradol, former president of MSF France, said: “We have never worked with this family of antibiotic. We don’t use it for meningitis. That is the reason why we were shocked to see this trial in the hospital.”

There is no suggestion that the attorney general was swayed by the pressure. However, the dropping of the federal cases provoked suspicion in Nigeria. Last month, the Nigerian newspaper Next ran a story headlined, “Aondoakaa’s secret deal with Pfizer”.

The terms of the agreement that led to the withdrawal of the $6bn federal suit in October 2009 against Pfizer “remain unknown because of the nature of [the] deal brokered by … Mike Aondoakaa”, it said. Pfizer and the Nigerian authorities had signed a confidentiality agreement. “The withdrawal of the case, as well as the terms of settlement, is a highly guarded secret by the parties involved in the negotiation,” the article said.

Aondoakaa expressed astonishment at the claims in the US cable when approached by the Guardian. “I’m very surprised to see I became a subject, which is very shocking to me,” he said. “I was not aware of Pfizer looking into my past. For them to have done that is a very serious thing. I became a target of a multinational: you are supposed to have sympathy with me … If it is true, maybe I will take legal action.”

That confidentiality clause was still in effect until WikiLeaks dropped the bombshell. Good for the world who are sick and tired and dead of all the lies and deceptions.

Truth at all cost!

IF you care to know more about how Mainstream Healthcare really work, begin here.