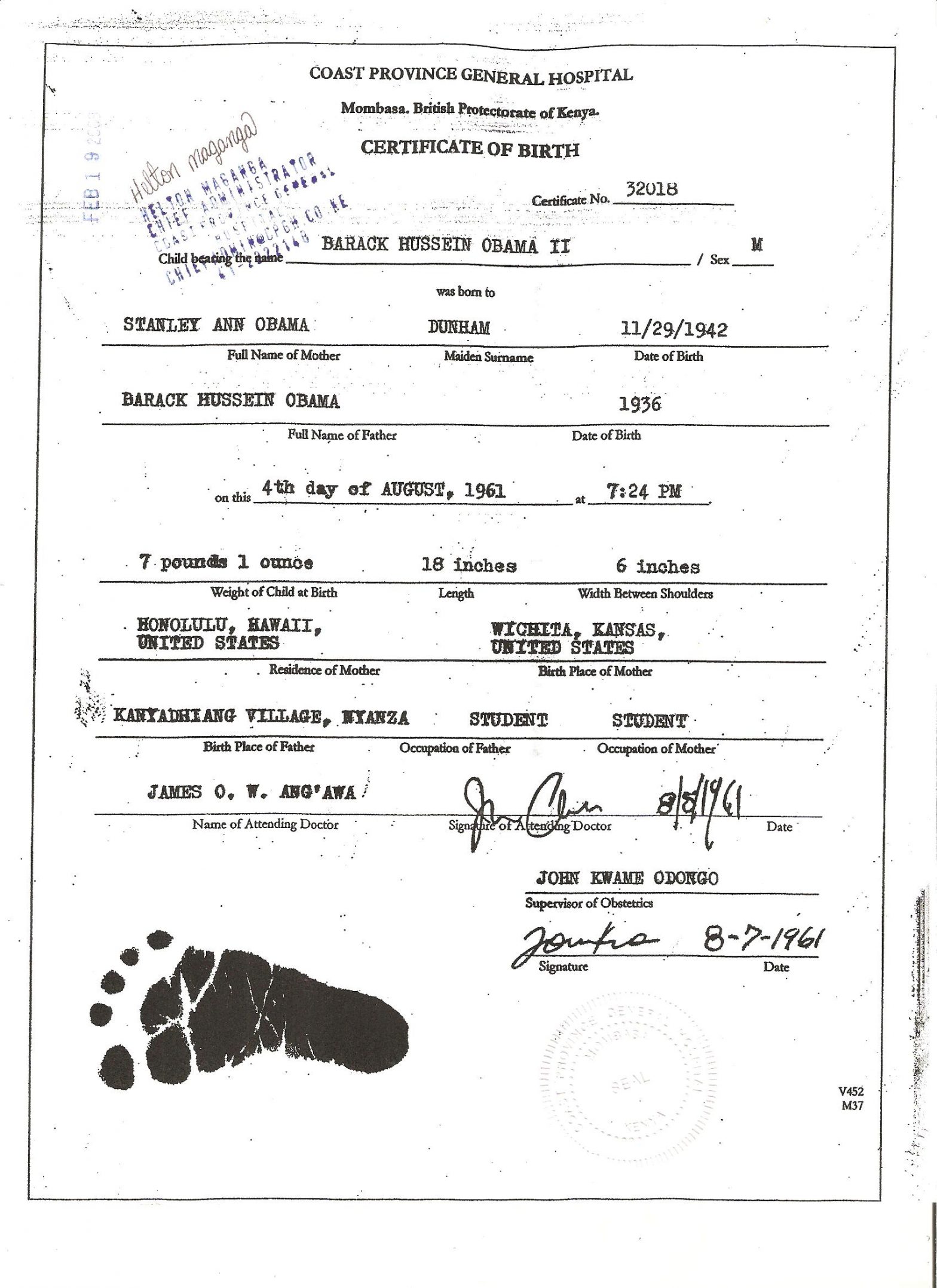 The rumors should now be put to rest… Federal USA, Inc. is presided by a Kenyan national. Click on the thumbnails below to view the original documents, and judge for yourself. Verify if you will.

While viewing, you can download it: right+click and save, before it’s too late. Every American can use this as evidence in any Court of Law. That would be the time you can rightfully claim that you are indeed living in the “land of the free and the home of the brave”… Otherwise, just keep dreaming.

“During the course of my employment,” Adams swears in the affidavit (viewable in full as part 1 and part 2), “I became aware that many requests were being made to the City and County of Honolulu Elections Division, the Hawaii Office of Elections, and the Hawaii Department of Health from around the country to obtain a copy of then-Senator Barack Obama’s long-form, hospital-generated birth certificate…

Anyway, the WhiteHats are also claiming that Kenyan Obama is a member of the Dark Cabal, and so is Biden and the Clintons…

KNOW THE TRUTH AND YOU WILL BE FREE.

SPREAD THE TRUTH AND THE WORLD WILL BE FREE.

One thought on “The Obama Birth Certificate”