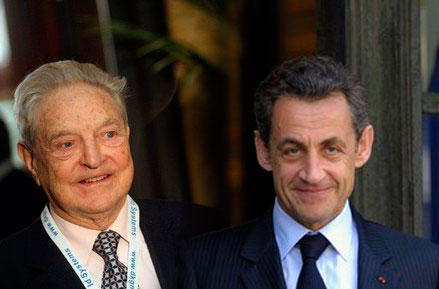 This weekend a French agent was sent by George Soros, French President Nicholas Sarkozy and other senior Zionists to negotiate with the White Dragon Society. The talks, which lasted for two days, were inconclusive. However, the agent made it clear the European branch of the Zionists truly feared a collapse of the Euro, while their American counterparts are finally beginning to realize they might actually end up in jail. At the same time, their attitude was so haughty it made arrogance seem like a form of humility. They also made many threats but the fact is that they are running scared and they are running out of time.

The agent, who was of Japanese ancestry but who spoke French and English better than Japanese, claimed he came from a super-elite of Japanese Jews who represent 1% of the Japanese population. He kept referring to “average people,” pointing to nearby passersby with contempt as if they were almost an inferior species not worth protecting. Of course it is easy to feel superior if you are born into a world of billions of dollars and servants who do everything for you, including think.