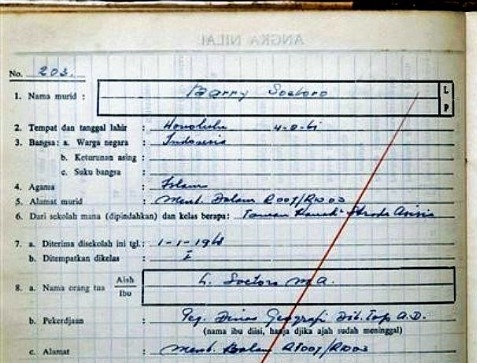 The smoking gun evidence that annuls Obama’s presidency is Obama’s college transcripts regarding his application for and receiving of foreign student aid.  Obama’s college transcripts from Occidental College indicates that Obama, under the name Barry Soetoro, received financial aid as a foreign student from Indonesia as an undergraduate at the school. The transcript from Occidental College shows that Obama (Barry Soetoro) applied for financial aid and was awarded a fellowship (scholarship) for foreign students from the Fulbright Foundation Scholarship program – an international educational exchange program sponsored by the U.S. government.  Grants are available for U.S. citizens to go abroad and for non-U.S. citizens with no U.S. permanent residence to come to the U.S.  To qualify, for the non-US citizen scholarship to study in the U.S., a student applicant must claim and provide proof of foreign citizenship. This document would seem to provide the smoking gun that many of Obama’s detractors have been seeking.  The United States Constitution requires that Presidents (and Vice Presidents) of the United States be natural born citizens of the United States.

Obama hasn’t met and doesn’t meet the basic qualifications for the presidency – must be natural born citizen.