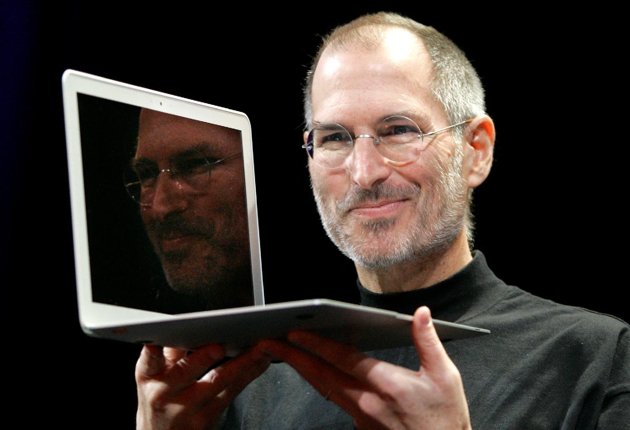 One of the mavericks in the digital age just passed away at a very young age of 56. He succumbed to multiple conventional treatments including chemotherapy, surgery and radiation therapy for his cancer.

“(NaturalNews) It is extremely saddening to see the cost in human lives that modern society pays for its false belief in conventional medicine and the cancer industry in particular. Visionary Steve Jobs died today, just months after being treated for cancer with chemotherapy at the Stanford Cancer Center in Palo Alto, California. In recent months, he appeared in public photos as a frail shadow of his former self. The thin legs, sunken cheek bones and loss of body weight are all classic signs of total body toxicity observed in chemotherapy and radiotherapy patients.

Steve Jobs reportedly underwent both. His chemotherapy treatments at the Standard Cancer Center are now well known, and his secret radiotherapy treatments in Switzerland have now been made public by former Apple executive Jerry York.”

This clearly indicates that it’s not about how much you can afford. It’s about using the right technology for the right job. Chemicals, mechanical operations and microwave radiation are simply not the best options for cancer. They have never been and they will never be. In fact, according to one survey, 75% of doctors don’t want to subject to chemo if they are the ones suffering from cancer.

The irony of all these is that: how come Steve Jobs knew not what the best treatment out there is; wasn’t he aware of alternative approaches when they are pasted all over the web he helped develop? Was it the secrecy surrounding his ailing condition which insulated him from knowing these saner approaches?

With the exception of that other guy who is enthusiastically promoting vaccines in behalf of UN-WHO, I’m sure everyone will learn a lesson or two from this one sad fate.

What is the best treatment for cancer?

If you want to verify these assertions, why don’t we listen to his greatness himself…

Electrify. Detoxify. And the body will heal itself.

What is the real nature of Mainstream Medicine?

Mainstream medicine is more than about profit. It is one of those institutions that are implementing the most heinous crime against humanity – Eugenics.

The latest attack on human health is through the H1N1 vaccine. And one woman journalist have enough courage to file criminal charges in 2009 against US government, World Health Organization, Baxter, Novartis, and many others for instituting a biological attack that is to wipe out the United States population.

If you want to know how these issues are going to be resolved, start with Ben Fulford’s updates and WhiteHats Reports.

Part of humanity has awakened itself to this monstrosity. When will you?

10 thoughts on “Steve Jobs Died Of Surgery, Chemotherapy & Radiation At 56”