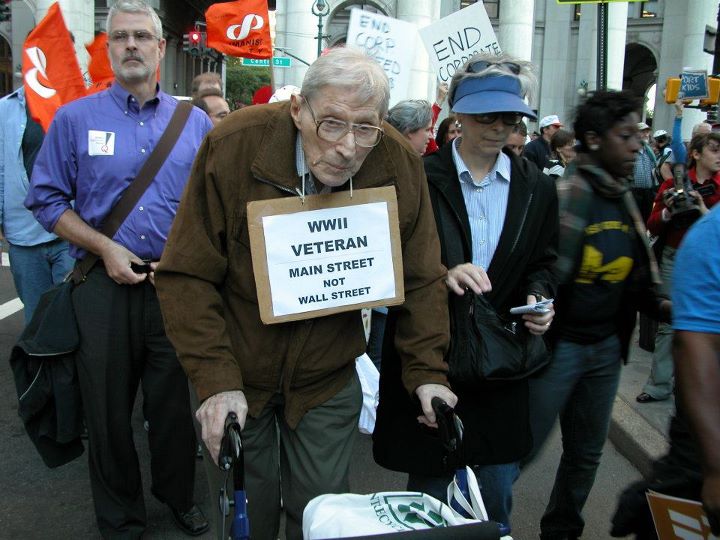 Occupy Wall Street is already in its 4th week and it is not that disorganized. In fact, it’s far from it. 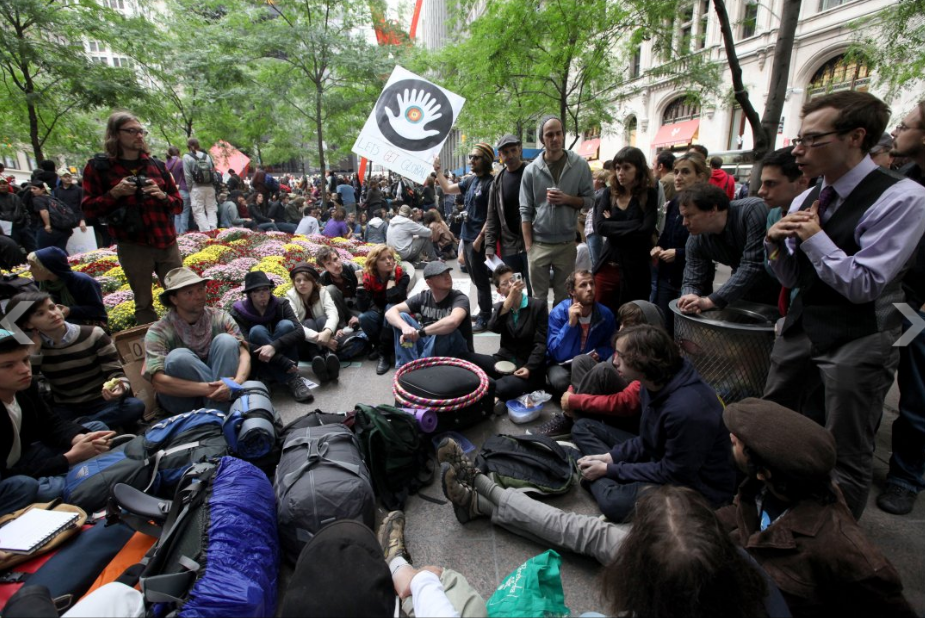 The Wall Street Occupiers are displaying what would be the best system of the future – resource-based economy, where everybody’s sharing all they’ve got: skills, talents, technologies, food, water, books, documentary CDs,

and best of all, their courage to stand up against the violent uniformed instigators.

NEW YORK — New York City Mayor Michael Bloomberg believes Occupy Wall Street protesters have a right to freedom of speech at a Manhattan park, but not to keep the owners of the public space from cleaning it.

Officials say Bloomberg visited with protesters Wednesday to tell them of plans to clean Zuccotti Park by the end of the week. Deputy Mayor Cas Holloway said in a statement the protest has “created unsanitary conditions and considerable wear and tear on the park.”

According to a new Facebook event, “Operation #WallStreetCleanup“, the Sanitation Committee of #OccupyWallStreet is currently soliciting donations for “brooms, mops, squeegees, dust pans, garbage bags, power washers and any other cleaning supplies.”

And once they’ve cleaned up the park Thursday, well, there could be more mass arrests:

Then, Friday morning, we’ll awake and position ourselves with our brooms and mops in a human chain around the park, linked at the arms. If NYPD attempts to enter, we’ll peacefully/non-violently stand our ground and those who are willing will get arrested.Afterwards, we’ll march with brooms and mops to Wall Street to do a massive #wallstcleanup march, where the real mess is!

Protesters appear weary of the attempts to clean the park. One demonstrator told CBS, “I think the mayor and some of his ‘cronies’ are trying to use tactics to get us to move out of the park.”

Demonstrators with Occupy Boston march through Boston on Monday.

It doesn’t exactly have a message, except to say that something is deeply wrong with life in America.

The movement has since spread from Washington to Wichita, and even beyond the borders of the United States.

“We are the 99 per cent,” many of the websites and signs say, signalling the economic disparity between the richest, most powerful 1 per cent and the rest of the nation.

Spinoff initiatives are happening in dozens of countries around the world, including Canada, with Occupy Toronto beginning Saturday. source »»

Why the Occupation of Wall Street Must Be Sustained?

It was now revealed that over $16 Trillion dollars have been cross loaned to a collective series of US and Foreign banks. Neither Congress nor the Senate were consulted. The Government Accounts Office is holding records, which deserves auditing in Congress. The scale of loans to these reckless banks shows money flowing out recklessly in loan volumes many times greater than the base asset value of the banks concerned. This money should have gone to the creation of American jobs and the Global Settlements owed. Citibank was given $2.513T. Morgan Stanley borrowed $2.034T. Merrill Lynch was given $1.94T. Bank of America, laying off tens of thousands of employees, and charging outrageous fees, is back for another $1.34T. And, not to be outdone, Goldman Sachs is out for $814B. We find foreign loans way beyond the value of the banks concerned. Why was Barclay’s Bank given $864B? Royal Bank of Scotland $541B? Deutsche Bank, operating vehicle of the criminal cabal Josef Ackermann took $354B. $16 Trillion Dollars of Debt has been incurred yet again on the American Taxpayer.