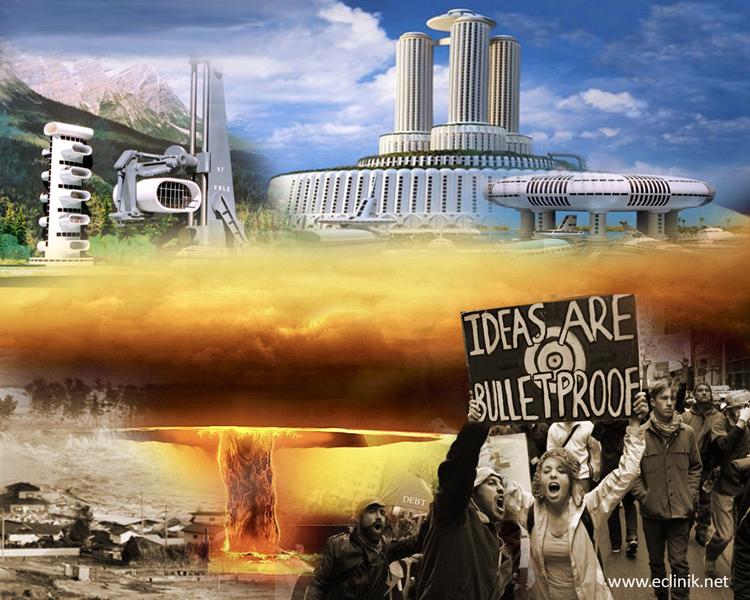 We read with so much anticipation Ben Fulford’s weekly update on geopolitical and economic issues. And for each time we refresh that page, excitement and frustration collide. It’s like watching that TV series “24” where we wish all episodes are lumped into, well, one day of non-stop breathtaking action packed movie. But even movies can’t do so much justice to a fictionalized terror plot; how much more with events as real as the ongoing financial war between the old world order and the new.

Across the world we are seeing signs of massive actions for and against systemic change. Among these are the following:

WHY IS IT SO HARD TO EMBRACE CHANGE?

This same natural phenomenon can be applied or is observable in an organization or to an entire society. It usually takes a greater effort to move away from the status quo in order to effect the necessary change than to accept the present order and just go with the flow. Most of us are guilty of keeping ourselves to our comfort zones while wishing for change to come along without an effort on our part. Both resistance to change and the preservation of the status quo are expressed in different forms and magnitude. And when that occurs one side needs to give in.

The present reality demands that the old world must provide a smooth transition to the new. Through its unrelenting pursuit for advancements and untiring labors, man has finally achieved technological capability to automate every repetitive task there is to accomplish. This capacity to take it to the next level has been deterred and has suffered strong opposition for the last 100 years. Free energy, anti-gravity, teleportation, time travel, and space exploration should have been the norms of the last 20th century, but it wasn’t to be due to the refusal of the few to step down from the throne of exclusive luxury and power which they can only have under a misinformed society.

Just before the close of the 19th century, it was proven beyond doubt that we are swimming in a sea of energy. There is no space anywhere that is not under its influence, for it is energy that space is made of. In fact, energy is what everything is really made of. Tapping it should have been the first science a schoolchild must learned, but it wasn’t. We must crawl on our bellies, bath on our sweat, and listen, in perpetuity, to the cries of our brothers in the depths of Third World hunger. Our sense of appreciating the grandeur that is life had been effectively attenuated to say the least. And all of these sufferings were made possible because of the doctrine that there is heaven only in the afterlife. We either consciously or subconsciously believe in the promise that we can only find eternal happiness in the eyes of the lord when we are already dead. Oh my, we don’t even know who this guy really is, although, some of us do pretend to know.

Even the bulk of those who participated in “Occupy Wall Street” are still asking for decent jobs with fair wages when there’s really no real need for such things in order to survive at this point in time. 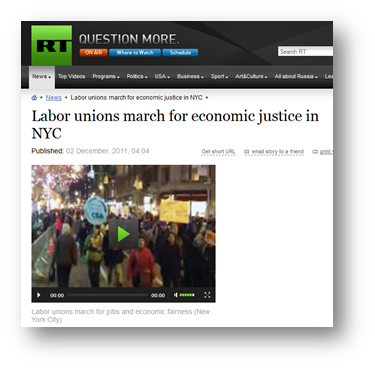 The birth of automation technology signaled the death of jobs. Manual labor is irrelevant in the age of automation. Manual labor is now rendered obsolete. The economic system must reflect this fact. Otherwise, those who have no access for money because they don’t own a job, i.e. they lost it due to automation, will just perish in hunger. Technology must serve man, not eliminate him from the equation.

The present system compels the shopowner to use machines to keep the bottomline. Machines don’t complain, are simply reliable, and undoubtedly more efficient. To put it simply, it is only the shopowner who benefits from the high efficiency that advanced technology, coexisting with an outdated economic system, brings, and not the shopworkers. The current economic system does not take into account technological advancements when it was designed centuries ago.

Not only are they trying to monopolize the benefits of science, they are using these knowledge to engineer our own demise by weaponizing some of them. Chemtrail is one good example of weather manipulation technology turned into a weapon of mass extermination using aluminum and other heavy metals that are known carcinogens.

SHOUTING FOR CHANGE, IS IT ENOUGH?

To those who have joined the occupation of the streets across the globe, who were mocked at by mainstream media as having not a clear objective of why they’re taking such actions, they must make their message clear, bold and coherent as possible. They must abandon the notion that the system can still work and is only corrupted by corporate greed. There’s a need to remove not just corruption but also the system, i.e. the corporate structures that encourage it. They must accept the fact that the current economic model is completely incompatible with present realities. They must realize that asking for more jobs is like wishing upon a dying star. There never is a company bent on making huge profits which would want to do so. A singular voice for the release of all technological knowledge and all other resources of the State to the people, without the prerequisite of money, must be the only message that must be put across and nothing else.

We are not advocating for socialism but for a resource-based economy. A socialist society still uses currency to distribute wealth; a resource-based economy negates the use of any currency because all resources and technological know-how are made available to any individual, which incidentally could make all his basic necessities fully satisfied. When every resource you need is made accessible to you, you will never find any incentive for greed and corruption. You will never have any motivation for stealing. And who would want to sell something nobody is willing to buy?

THERE WILL ALWAYS BE SKEPTICISM

This is impossible to realize. Of course it is. Even heavier than air flight was impossible at the time when kids were flying kites. Running car on waterfuel is impossible even if we saw how steam engines preceded gas-fired internal combustion engines. We can’t defy gravity even if we can run high speed trains on magnetic levitation tracks.

The government will never allow a partial or full implementation of RBE. The lawmakers will never craft any law that would implement such a system. Those are good assumptions. These people would never do such things as they are not really serving us. So why keep them and the system they are working for? Aren’t we supposed to be the masters and they are our servants? Or, is the constitution just a scrap of paper and not an expression of the collective will and aspirations of the people?

MAN SUFFERED THROUGH HIS OWN FOLLY

Man, as opposed to other species which incidentally he classifies as inferior, has suffered so much through the imposition of his own restrictions:

Other members of the animal kingdom don’t have these restrictions. They look at the world as a common gift to partake upon without going beyond the bounds of satisfying physical needs.

Man deserves what he wants to do and where he wants to be. His advancements are the harvest of his own labors. The benefits inherent to these advancements must be enjoyed, not just by the few who did not cause them, but by the many who collectively shed blood, sweat and tears to make life more than bearable. Man must be able to taste what heaven is like in this lifetime and not after.

It is time for us to fully evolve into a Type 1 civilization.

3 thoughts on “The Bumpy Road to The Golden Age”