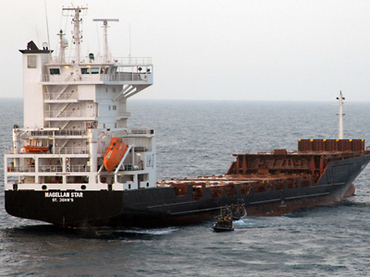 The Dark Cabal continue to provoke Iran into going to war. The latest point of tension is the strategic Strait of Hormuz.

Tensions between the US and Iran have all but reached a breaking point with a naval standoff moments away from occurring in the Strait of Hormuz.

Following rumors of a budding nuclear program in the works from Tehran, American authorities attempted to infiltrate Iran, most notable with a filed stealth surveillance mission that ended with a US spy drone being downed, recovered and decoded by overseas authorities. After Iran mocked America for the country’s inability to manage and command their own aircraft, the European Union fired back in recent days by threatening sanctions against Iran. In response, overseas authorities say that they would respond by shutting down the Strait of Hormuz, a notable channel in the Persian Gulf that serves as a key component in Iran’s oil export exhibitions.

America, who has made it no secret that she’s a fan of oil, says it won’t let Iran get away with shutting down the strait — and the US has thousands of marines on the ready to back up its bark.