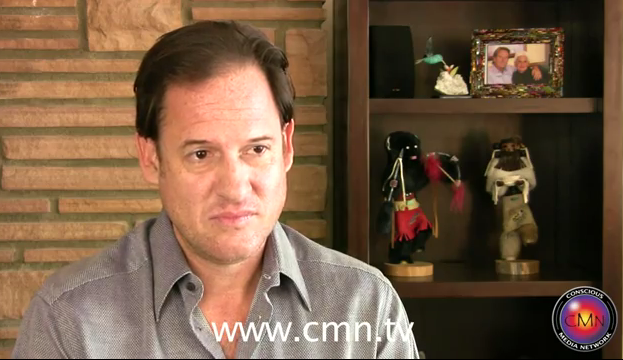 Here’s an article that will surely make not just your day but the whole year. This article jives harmoniously with Ben Fulford’s latest update this week, i.e. The Year of the Fire Dragon Has Started, Expect Big Changes.

Conscious Media Network has been approached by a representative of global leaders and financiers from 130 nations to broadcast a statement about a new global economic restructuring arising in 2012.

The statement will be delivered via a video-taped interview with a layperson on behalf of the consortium that has been working behind the scenes, on the problem of the unsustainable global economy for the past 8 years. The party who drafted this statement has stated, in response to conspiracy concerns, that “The usual suspects are not the suspects” and that the Global Elite also understand that the unsecured, digital money system has failed us all, including themselves.

This announcement is to serve as the introduction of a New Global Economic Structure that will begin surfacing in 2012. Those involved in this plan are calling it the “greatest humanitarian effort” in modern history. It will be for each of us to determine over time if this is a truthful statement.

CMN is serving as a neutral party for this broadcast and what it claims, as the economic consortium does not wish to break this news through mainstream media at this time. Please give this your serious attention, as it may be heralding a new way of conducting commerce on the planet that will effect us all well into our future. It will be through our understanding and acceptance that this will happen.

A portion of this plan does include a dissolution of debt in a carefully considered and planned way. The plan itself is paradigm shattering, and only hinted at in this video-taped statement.

There will be more to come throughout the year.

Thanks to a CMN viewer a German video is available with subtitles that may help to understand the changes that are being considered. http://www.youtube.com/watch?v=a4p4pA8ivZo

Read the announcement below:

Neither banks nor public authorities (or mainstream academics, for that matter) calculated the economy’s realistic ability to pay – that is, to pay without shrinking the economy. Through their media and think tanks, they have convinced populations that the way to get rich most rapidly is to borrow money to buy real estate, stocks and bonds rising in price – being inflated by bank credit – and to reverse the past century’s progressive taxation of wealth.

To put matters bluntly, the result has been junk economics. Its aim is to disable public checks and balances, shifting planning power into the hands of high finance on the claim that this is more efficient than public regulation. Government planning and taxation is accused of being “the road to serfdom,” as if “free markets” controlled by bankers given leeway to act recklessly is not planned by special interests in ways that are oligarchic, not democratic. Governments are told to pay bailout debts taken on not to defend countries in military warfare as in times past, but to benefit the wealthiest layer of the population by shifting its losses onto taxpayers.

The failure to take the wishes of voters into consideration leaves the resulting national debts on shaky ground politically and even legally. Debts imposed by fiat, by governments or foreign financial agencies in the face of strong popular opposition may be as tenuous as those of the Habsburgs and other despots in past epochs. Lacking popular validation, they may die with the regime that contracted them. New governments may act democratically to subordinate the banking and financial sector to serve the economy, not the other way around.

MICHAEL HUDSON – a former Wall Street economist. A Distinguished Research Professor at University of Missouri, Kansas City (UMKC), he is the author of many books, including Super Imperialism: The Economic Strategy of American Empire (new ed., Pluto Press, 2002) and Trade, Development and Foreign Debt: A History of Theories of Polarization v. Convergence in the World

Voluminous media reports of ongoing global economic carnage may lead one to take the view that our world does not understand the fundamentals of economics that ancient world leaders such as Hammurabi, Egyptian Pharoahs, and even Roman Emperors knew very well.

The truth is quite simply that debt based economies – money as debt with all its’ intrinsic inequality and poverty is eternally fated for destruction. Ancient despots were anything but humanitarians. Like all despots throughout history they were driven by self interest. But did they recognize at least that a fair economic system is in everyone’s best interest?

Given our dire economic circumstance it is forgivable that we little people despair and wring our hands. The prevailing view of the little people is that we are powerless to effect great change. We may feel that we have awoken only in enough time to spectate as world leaders stare uncomprehendingly at yet another inevitable global collapse.

It is not that world leaders or financial leaders and economists too numerous to even mention have failed to notice the collapse of the current financial system.

The comments of Stephen Green are of particular interest. Mr. Green remarks that Milton Friedman was completely wrong (profit only – nothing else matters) but Mr. Green is still compelled to support free market economics. He quotes Sir Winston Churchill who famously stated: “The market is the worst system of economic and social development – except for all the others that have been tried from time to time.”

So the thought is that although free market capitalism is the very worst system, nothing else works either. Socialism, capitalism, communism all fail. There are no credible working “isms” then. Churchill’s comments should be acknowledged by all of us.

So what can we do? Can we only create more debt and accelerate the decline? Are we all – governments, little individuals, and institutions powerless?

The solution is the creation of a new financial system that that is endowed with the most powerful economic tools the world has ever known. It is not an “ism”. It is commerce aimed at the creation of scalable affluence for the greatest number of people within a sustainable, asset backed “bubble up” global economy.

It is an institution for the purpose of providing benevolence for all of humanity, regardless of color, worldview or place on earth. All of this without the creation of debt and without causing harm to the interests of others, no matter if they are great or small.

Although it is known today only by a handful of people throughout the world it nevertheless exists within a mighty and powerful new system that has been created and managed by little people.

It has already begun with little people. Little people are the most powerful force on earth.

Mervyn King, Governor of the Bank of England, states “of all the many ways of organizing banking the worst is the one we have today”

Extract from article on speech of Stephen Green:

Extract of article from speech of Barack Obama in Kansas:

Now, just as there was in Teddy Roosevelt’s time, there is a certain crowd in Washington who, for the last few decades, have said, let’s respond to this economic challenge with the same old tune. “The market will take care of everything,” they tell us. If we just cut more regulations and cut more taxes – especially for the wealthy – our economy will grow stronger. Sure, they say, there will be winners and losers. But if the winners do really well, then jobs and prosperity will eventually trickle down to everybody else. And, they argue, even if prosperity doesn’t trickle down, well, that’s the price of liberty. Now, it’s a simple theory. And we have to admit, it’s one that speaks to our rugged individualism and our healthy skepticism of too much government. That’s in America’s DNA. And that theory fits well on a bumper sticker. But here’s the problem: It doesn’t work. It has never worked. It didn’t work when it was tried in the decade before the Great Depression. It’s not what led to the incredible postwar booms of the 50s and 60s. And it didn’t work when we tried it during the last decade. I mean, understand, it’s not as if we haven’t tried this theory.

Link to full text of speech:

“The economy needs ethics in order to function correctly not any ethics, but an ethics which is people centered,” the pope says.

“Above all, the intention to do good must not be considered incompatible with the effective capacity to produce goods,” the Associated Press quotes him saying. “Financiers must rediscover the genuinely ethical foundation of their activity so as to not abuse the sophisticated instruments which can serve to betray the interests of savers.”

It is normal to be skeptical about this. But if the “powers that were” recognize that their power is dwindling fast, and instead of going to war for all our mutual destruction, they’ve indeed decided to give in to our wishes, i.e. the release of everyone from all forms of debt and the release of all suppressed technologies, then this will just turn out right and beneficial for everyone.

It is our contention that, although they are seemingly trying to salvage their reputation from the point of view of the many still highly brainwashed segment of our society by telescoping the above message through a non-traditional medium, those who have awakened themselves to the grandest of all deceptions are not going back but will continue with the struggle for total freedom. This we can promise.

If, on the other hand, they are just trying to buy themselves some more time, then they must realize that we have, and are following, our own timeline now.

Humanity has reached that point of no return. We won’t be fooled, no more.