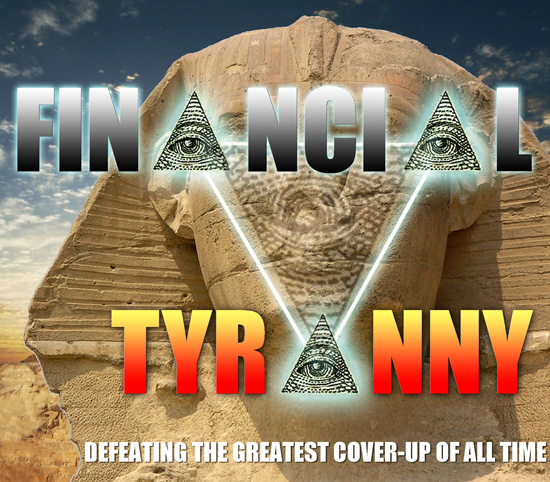 In order to help spread this information and to protect the bearer of the same, we are posting the latest from Divine Cosmos, David Wilcock’s website, like so:

A 122-nation alliance is backing a lawsuit that could free the Earth from financial tyranny. This investigation reveals who the perpetrators are and what we can do to solve the problem.

[PLEASE NOTE: This article will be undergoing dynamic updates throughout the weekend. Please LINK to it but do not COPY and MIRROR it until Monday. I highly recommend reloading every 15 minutes to catch small but relevant updates.]

JUST IN THE NICK OF TIME

2012 has begun as a year of rampant paranoia and hopelessness on the Internet and throughout mainstream media.

The economy appears to be in a dire predicament — ready to go over a cliff into an abyss few can even allow themselves to consider.

The Euro has been teetering on the brink of total collapse. A frantic bailout of the entire European Union, proposed by the Federal Reserve, has done very little to relieve the fears of the public.

On December 19th, 2011, Britain announced they will refuse to participate in this bailout — showing how tense and uncertain the situation really is.

Simultaneously, very aggressive and blatant moves are being made to start World War III in the Middle East — withimminent, ever-increasing threats from Israel and the United States to attack Iran.

Since 9/11, Americans and much of the Western world have been led to believe that the biggest enemy they face is terrorism from Islamic extremists. Nonetheless, there is now overwhelming, undeniable evidence that the true enemy… is within.

You are about to read a comprehensive investigation summarizing all the best information I have gathered about the true nature of this crisis since I became directly aware of it in 1992.

Very few people are aware that a massive 122-nation coalition has formed to solve the problem — just in the nick of time – and they are backing a legal, public solution to end Financial Tyranny.

A trillion-dollar lawsuit was filed as of November 23, 2011 — and the resulting investigation will provide a rock-solid legal framework to reveal the full nature of the problems we face… and arrest those responsible:

Bear in mind that the evidence backing this lawsuit, if made public, will completely expose what has been going on at the highest levels — by the people themselves, speaking in their own words.

This would be the most dramatic public expose’ of the group responsible for this Financial Tyranny since the early 1800s — as you will see.

Our initial announcement and confirmation of this lawsuit has already received over 650,000 hits, 34,000 Facebook Likes and 1000 written comments as we publish this final, completed investigation.

This initial announcement also earned me a very serious warning — from two different insiders working at high levels of government — that I needed to publish the entire investigation as quickly as possible, or my life could be in imminent danger.

The conspirators are desperate to stop the bleeding and save themselves from prosecution. Threats, bribery, blackmail, torture and murder are their standard tools of the trade.

As you will see, on December 31st, David Hutlzer publicly conveyed vital information to me for this case, acting directly on behalf of Benjamin Fulford — the former Asia-Pacific bureau chief for Forbes Magazine, and a leading representative of this international alliance.

Ben had David direct me to the “Unwanted Publicity Intelligence” website, which contains extremely sensitive documents. I was astonished when I reviewed this website, considering that I was told it is very dangerous to publish pictures of the Federal Reserve bonds.

A week later, on January 6th, David and his eight-year-old son Mackie burned to death in their home. Hardly anything recognizable was left. Accelerants were found outside and arson has not been ruled out. Is this a coincidence? Maybe. Out of fear, skeptics will insist there is no connection between these two events. I disagree.

Even in light of this blatant threat, I will not be intimidated. This potential murder of a father and son only inspired me to do an even better job with the investigation.

You deserve to know the truth.

Our future depends on it.

12 thoughts on “Defeating the Greatest Cover-up of All Time: Financial Tyranny”