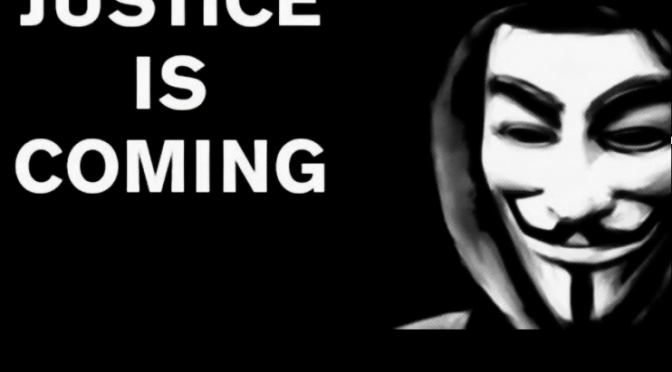 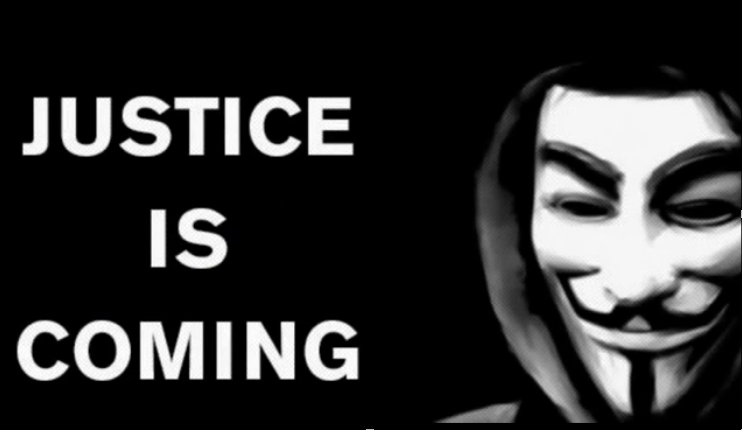 A concerned citizen informed us that a new video from Anonymous declaring war against the United States has been released. Will this be the beginning of an armed confrontation between the oppressed and the oppressor?

Declaration of War on the United States Government.

In the past few months, our collective has been organizing the operation known as Operation Blackout. Part of the operation’s purpose was to alert the people of the coming bill that was to be called the Stop Online Piracy Act.

This Act would give Congress the power to censor any internet website they wish without consent from the Citizens of the United States. This act would’ve also had the power to jail any person who infringed on its new copyright law for an equivalence of five years. This copyright law would’ve had the power to destroy social networking sites such as Facebook and YouTube. Video gameplay and free movies would cease to exist.

However, Operation Blackout was a success. As a collective, we’ve managed to spread the word and alert the masses. Internet giants such as Google, Wikipedia, and Reddit became hand-in-hand with us as we all managed to make an impact on the decisions of our, “free government”. But as we’ve seen with Megaupload, the government may not need a bill to be passed to get their way. Other operations we’ve conducted over this time period have awaken the people to the nightmare that is the United States Government. Sections 1031 and 1032 of the National Defense Authorization Act have been ratified. Yet we face new threats.

The United States Government is seeking to pass the Cyber Security Act of 2012. This act is as Orwellian as it sounds; it will endanger our collective and we will not stand by and watch while this government of lies prepares to take away our freedoms. The National Security Agency insists on labeling us as a leaderless, terrorist organization. The question is, “who do we terrorize?”. Can it possibly be that the United States government is truly scared of us? Nevertheless, The time for action is now.

Our collective has realized, along with many United States citizens, that the current government is no longer functional. Our economy is unstable, our representatives uncooperative, and our system, destroyed.

We are not calling upon the collective to deface or use a distributed denial of service attack on a United States government agency website or affiliate. We are not calling upon the people to occupy a city or protest in front of a local building. This has not brought on us any legislative change or alternate law. It has only brought us bloodshed and false criticism. For the last 12 years, voting was useless. Corporations and lobbyists are the true leaders of this country and are the ones with the power to control our lives. To rebuild our government, we must first destroy it.

Our time for democracy is here.
Our time for real change is here.
This is America’s time, to have its own revolution.

Therefore, Anonymous has decided to openly declare war on the United States government. This is a call to arms. We call upon the Citizens of the United States to stand beside us in overthrowing this corrupted body and call upon a new era. Our allegiance is to the American people, because they are us, and we are them.

To the United States government, it’s too late to expect us. 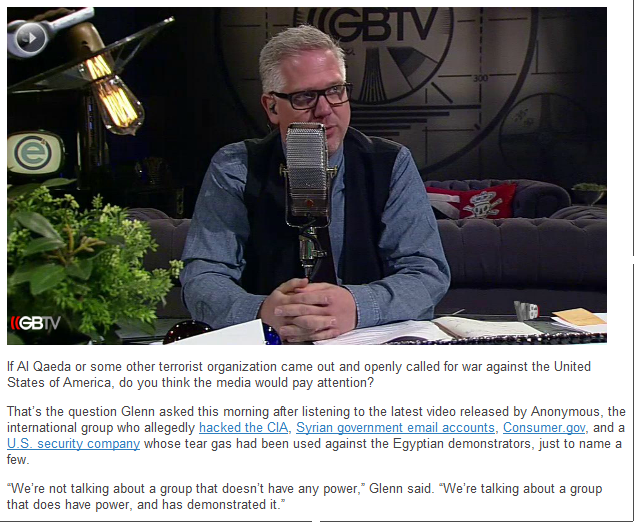 Later, a second attack occurred against the Vatican Radio… 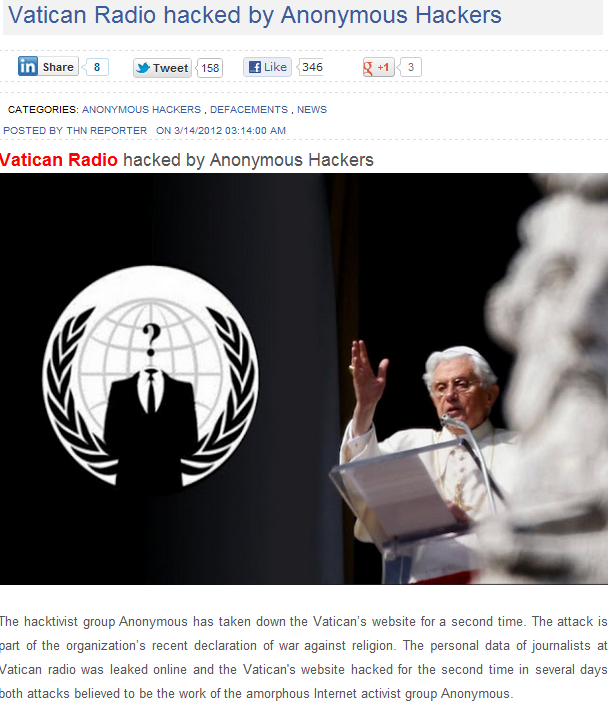 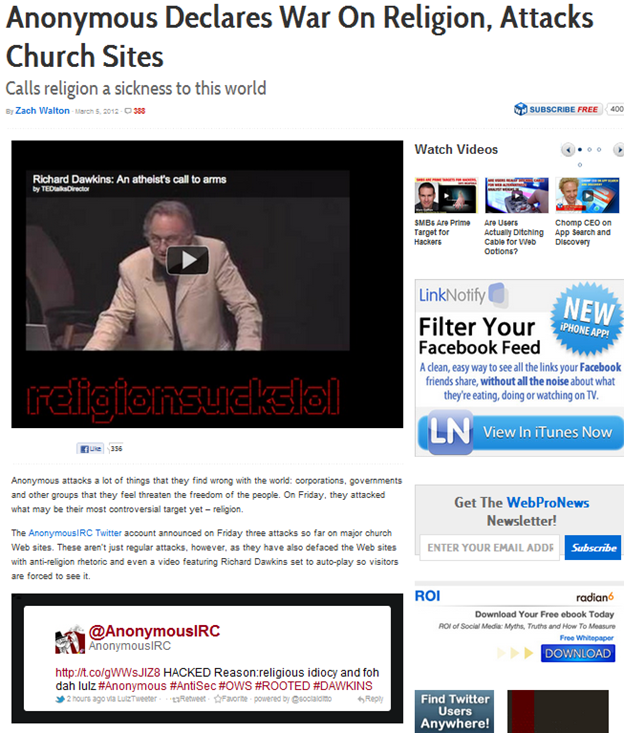 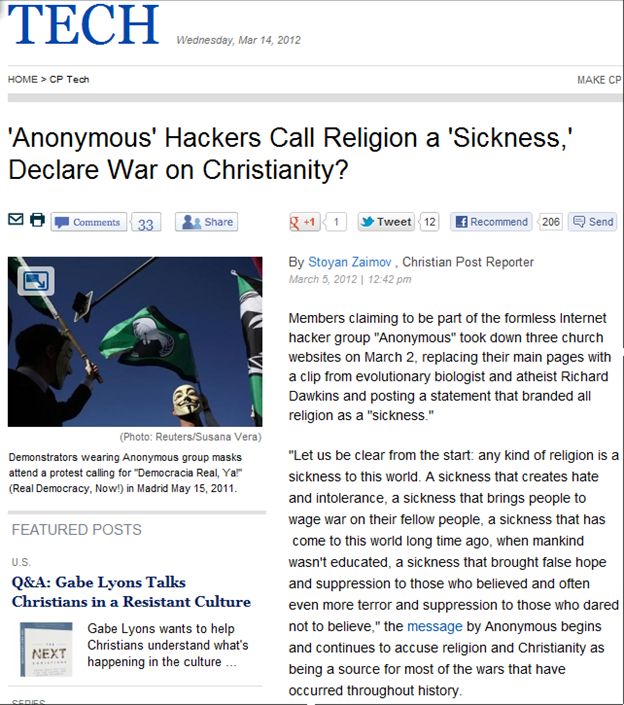 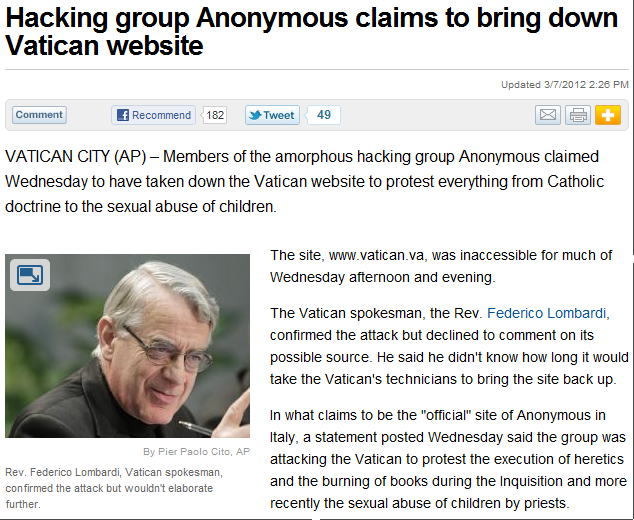 Patience has its limit indeed. The situation is reaching a breaking point. No amount of soft power can work at this point. All non-violent methods have been tried and can only achieved that much.

Even while the negotiations for correcting the system are ongoing, the Establishment is still willing to kill all of us.

The question right now is: Are we willing to return the favor?

Will you take this opportunity to take back your dignity as a human being?

Are you ready to put your life on the line for the sake of freedom?

Do you want your own voice to be heard?

Can you hear the cry of the voiceless?

Will you answer the call? 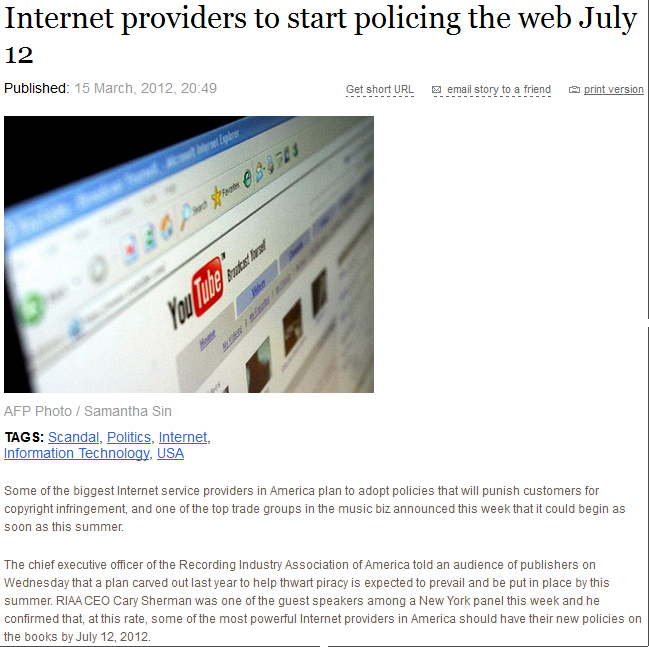