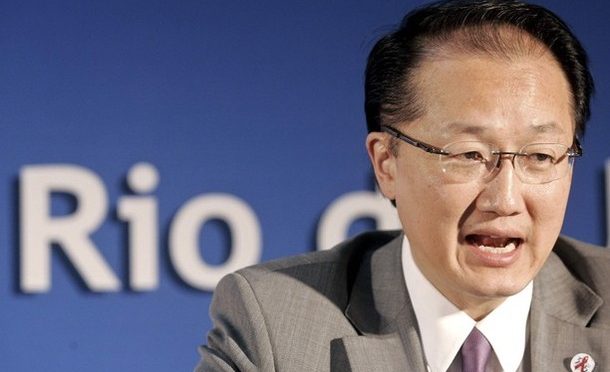 We’ve been anticipating that a radical departure from tradition will happen in the more than six decades of white dominated leadership in the World Bank, and it is happening. 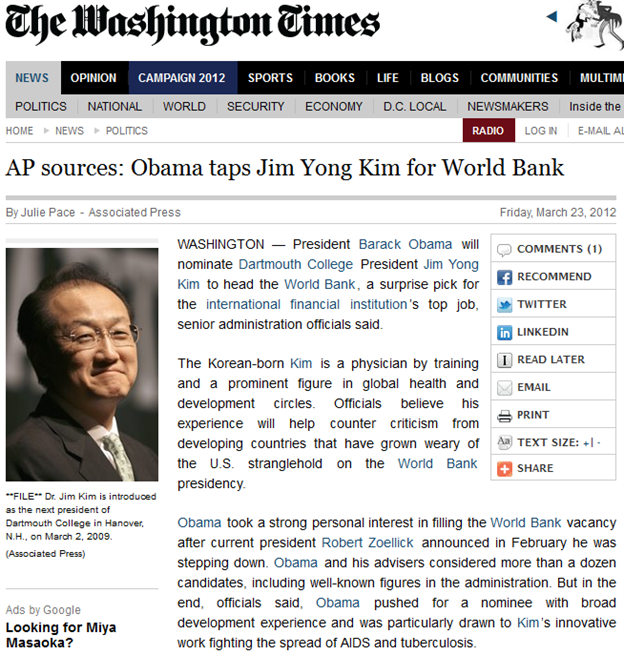 Whether this guy is part of the change that the White Dragon Society has been talking about is yet to be confirmed. Ban Ki Mon is also from Asia and yet he’s more like an errand boy of the Cabalists than anything else.

Surely, the World Bank needs some disinfecting from the most cunning viruses that ever plagued the whole financial system. A doctor might just fit the bill. 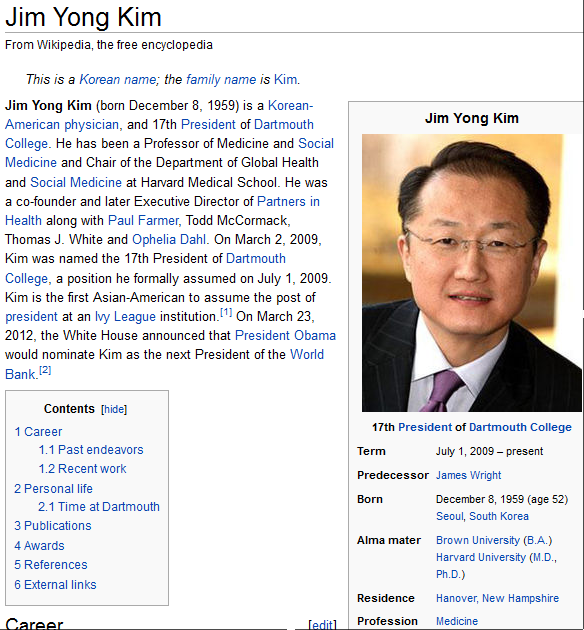 Actually, we seem to be jumping the gun here. The website http://www.worldbankpresident.org has raised a very important question, and rightly so:

Now there’s a choice of candidates, for the first time it’s possible to say we may have the basis for a merit-based process for the selection of the World Bank President. Whether that’s what we get is, however, far less likely. If the Board is serious about making the process truly transparent and merit-based, here are the bare minimum things that should happen:

Of course, none of this would prevent the backroom deals that the US will use to ensure its candidate gets in, but at least everyone would be able to judge who the best candidate really is, and learn a lot more about what they stand for. None of these are difficult to organise, and all of them take place routinely at national level for senior public servants.  Why not for the World Bank?

We agree to those proposals and that should have been the case if transparency it is that we so desire. But since we may never have that opportunity, we will just content ourselves with this video showing Kim at his best performance todate…
.
[youtube=http://www.youtube.com/watch?feature=player_embedded&v=4lHKJEp5e-8]