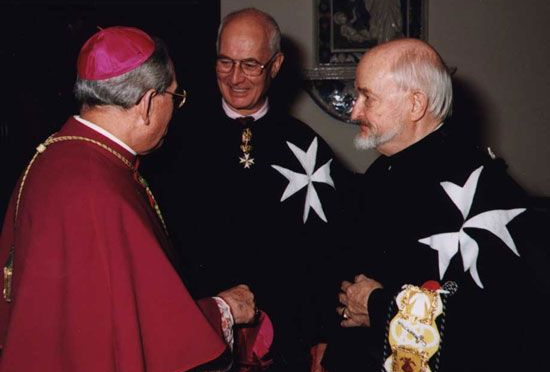 There’s no denying that peoples on this planet are beginning or have already awakened to the monstrosities humanity have been subjected to for thousands of years. The same people who are already seeing the control matrix in its full glory are now ready to revolt. However, we could not avoid looking at a possible hijacking of an impending takedown of the Cabal.

There Are Possible Scenarios By Which This Revolution Can Be Hijacked

There are historical precedents for these three scenarios as we shall see below, and they were very effective.

The way we see it, the infiltration has been going on all along, and we are not saying that we are the only one noticing it. We suspect that even the major legitimate players know this and they will take them down at the right time. That could be the reason why they are saying at this early that some names of those that will be roundup may surprise us. But what of that part which they don’t really know? That part which we call as unknown unknowns?

Be it in the alternative media, the Occupy Wall Street movement, hackers collective Anonymous, underground societies, the WhiteHats and within the various organizations, i.e. scientific or otherwise, that will implement the actual reforms and solutions, the infiltration is still ongoing as we shall see below.

Is The WDS/Whitehats Revolution Infiltrated By The Jesuits Thru The Gnostic Illuminati?

We have discussed this subject in our previous article. We are reiterating it here because of its sheer import.

Due to the scarcity of data regarding the true identity of the Gnostic Illuminati who are now aligned with the White Dragon Society and the initial statements by their spokesman somehow raises a red flag.

Please check the details here and see if this warrants the apprehension.

We know that the Anonymous that attacked the websites in Egypt and Libya were steered thru by CIA-sanctioned hackers. Having been into IRC channels used in coordinating these attacks, we witnessed the actual “crowd herding” of eager participants during DDOSing of government and financial websites in these countries.

The only way we can determine whether a particular group, calling themselves as Anonymous, is with us or not is the type of target. Another noticeable sign of infiltration is the differing dates of the actual takedown on the published videos.

Infiltration in the Alternative Media

In the alternative media, we’ve been seeing early on the likes of Alex Jones blasting the puppets, e.g. Obama, Bushes, Clintons, even Rockefellers, day in and day out with a touch of fear mongering here and there. This gives the illusion that he is with us, but he never mentions the “J” word, not even for once. Then came Jesse Ventura with Conspiracy Theory which was very convincing. Yet, we still haven’t heard the word “Jesuit” from any of its episodes. Why?

Over the course of months, the level of sophistication of these attempts to infiltrate increases. It has put into consideration the possible scenario of the revolution actually succeeding.

During the first day of this year 2012, Conscious Media Network, one of the so-called “moderates” in the alternative media, released a video announcing a “new economy” which involves a new currency that “does not involve a compound interest bearing debt”. The new currency, it was clarified, will not eliminate the existing currencies but just allow them to fall in their own merit or demerit.

Ben Fulford initially considered this announcement to be a hoax, but later rectified it and acknowledged that “There will [be] some serious horse-trading over the coming weeks before any sort of agreement is reached or public announcement is made but it appears a solution to the financial crisis is now on the horizon.”

The keyword is “horsetrading”. That’s one indication of a possible infiltration. It’s that “serious”.

How To Steer Our Future Through Their Own Direction?

The [river]bank guides the flow of the current[sea], Jordan Maxwell said. This technique is so effective; they seem to be planning to do it again.

Just describe the symptoms and propose a possible cure but don’t discuss about the root cause. That seems to be the mantra of the defeated who still want to remain relevant when the ongoing revolution succeeds and changes are gradually implemented. Already, there are elaborate preparations to deflect the public’s attention away from the criminals towards the rosy picture of an advanced and abundant society. Are these their way of escaping justice and avoiding accountability for all the genocidal actions they have made in the past?

First, they announced that a new economic system is forthcoming. Second, they released a high-budgeted Thrive movie. Now, there’s Sustainia.

And guess who their poster boy is? 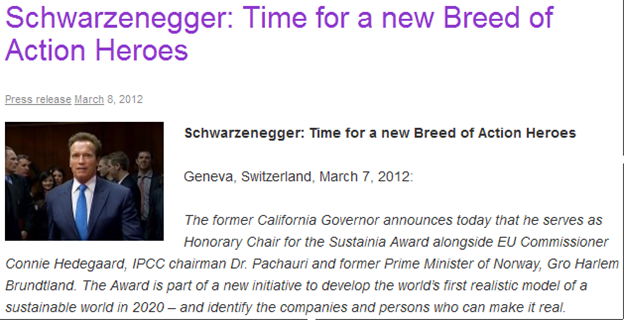 Maybe they’ve realized that a Foster guy from Procter and Gamble was a huge, well, gamble.

Another worth noting is the roster of “knowledge partners” this movement is proud of: 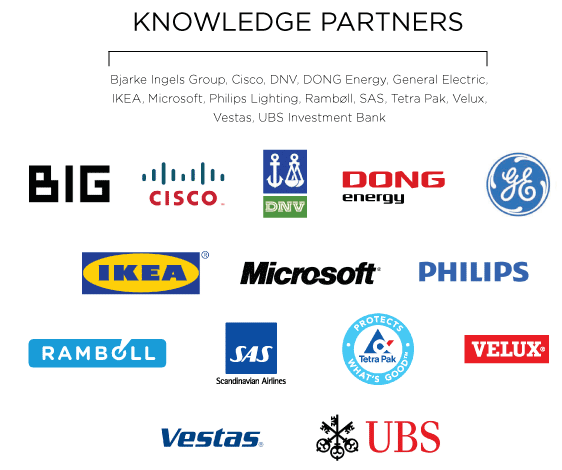 On the other hand, the knowledge partners that Thrive are persons whom we barely know something about. Even those that were featured in the actual movie are not somebody we can really trust. 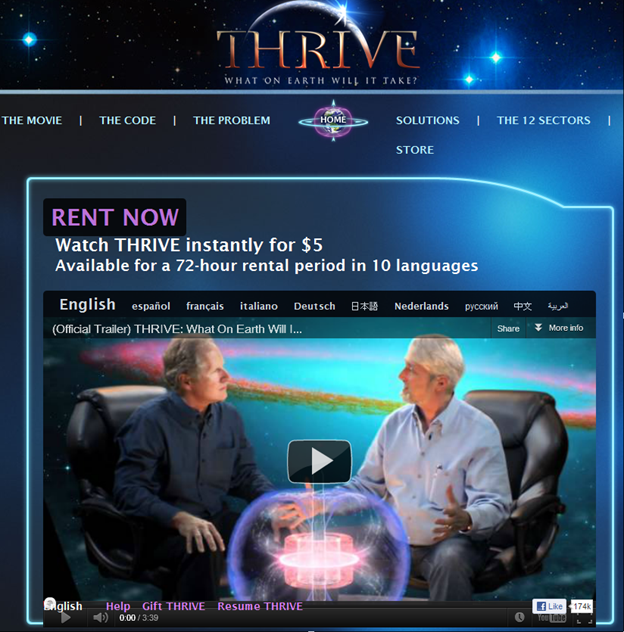 Among the observations we can make from the above schemes are these:

Each of them has the same theme as the programs hosted by Alex Jones and Jesse Ventura, i.e. describe the problem but don’t talk about where should the buck stops. It’s like telling each one of us:

Do you know where this Foster Gamble took this idea of soliciting support for “his” crusade? 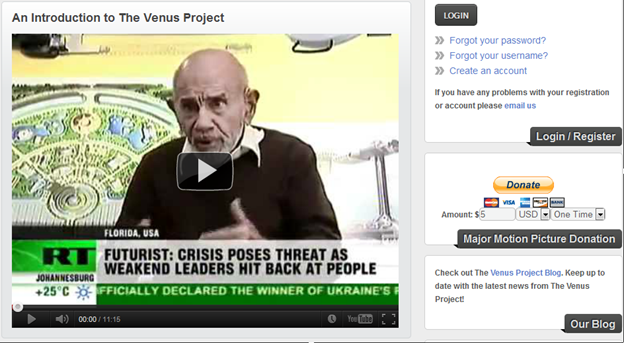 Jacque Fresco, the pioneering and revolutionary genius behind The Venus Project, was requesting for donations to fulfill his project of creating a movie depicting a typical life inside a resource-based economic system. He’s been working on this idea for 60 or more years.

Now, Foster Gamble is trying to hijack the same ideas from both Fresco and Rodin.

If they truly want a sustainable future why not just throw their support into the direction of Jacque Fresco if unity it is they desire?

The only possible conclusion is to maintain the grip on humanity.

The Art Of Deception

The Society of Jesus is probably the most experienced in this field. Its historical record indicates that it is the highest form of all that is evil and the art of deception is the most engaging game they love to play. Most of the times, they are just playing for the sheer fun of it.

We Should Hate Going Back To The Dark Ages

This is not something we can take lightly. We must watch every move that this Gnostic group will do from hereon. We must tell our children the real full story as they shall do so with theirs so that it won’t be lost from our collective memory again.

The revolution must be sustained and perpetual.

6 thoughts on “Hijacking a Revolution”