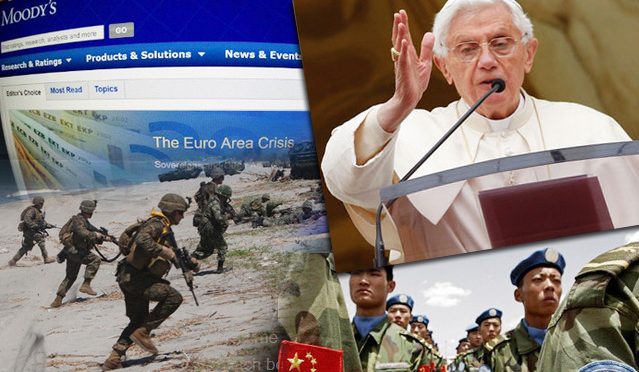 All eyes are now on the upcoming US-Russia Joint Military Exercises between May 24th and May 31st, which will involve, among others, taking hold of the Denver International Airport. It is very interesting to note that while the US-Israel “Austere Challenge 12” joint military exercise, originally scheduled last April, was postponed; this event involving the Russians is not. 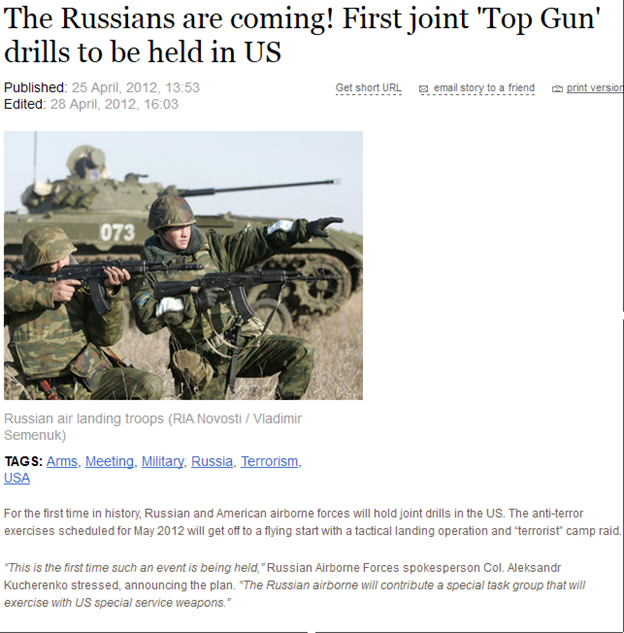 While Russian military enjoys some level of confidence from its US counterparts, China’s peacekeepers are not. The 2,000-strong Chinese peacekeepers in ten different UN missions, is seen as a threat aimed at accruing “diplomatic influence to facilitate access to markets, capital, and resources.” But what’s wrong with that? For as long as that country’s government is not being “accessed to” as what is being done by other foreign interventionists, what is wrong with having favorable access to markets, capital, and resources”? 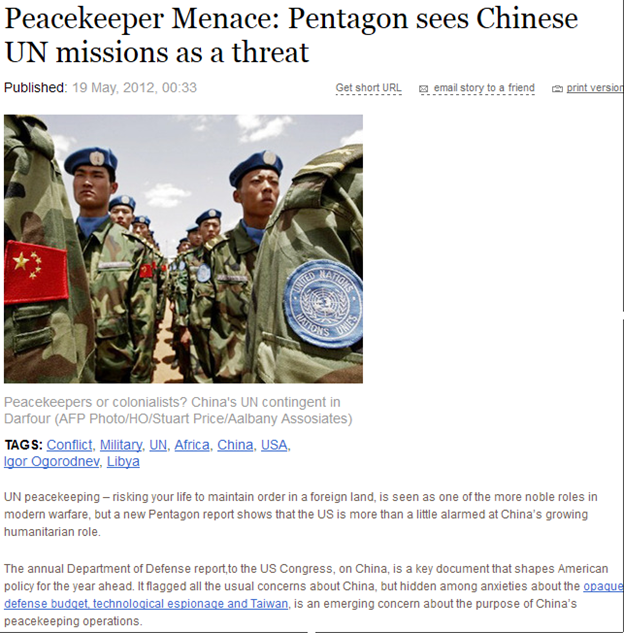 Earlier, Ben Fulford indicated the plan for strong cooperation between these three biggest armed forces with the intention to help in the progressive development of the planet as opposed to the continued proliferation of destructive wars. There could be some rationale why China may not need to actually set foot in US soil much like the Russians because of the mainstream perception that “China is more communist than Russia”.

Ben Fulford addressed this question before by saying that one must judge the motives of China by the outcome of her actions which mostly served mutual interests of parties involved.

In the Philippines, we have seen how China conducts her business with other countries. The formula is fairly simple: if the leaders welcome or solicit bribes then she is very much willing to give it, for as long as it can corner the project. But if the leaders prefer to do everything above board then she will do so accordingly. China will do whatever is necessary to get what she wants, but is also willing to provide what she must in order that a win-win scenario could be achieved. The Chinese civilization is old enough to realize that it cannot survive without mutual cooperation and peaceful coexistence. The world should welcome her more proactive stance in world politics, economy and security, rather than be fearful about it.

Let it be said that communism and all other isms are now rendered irrelevant as the borders that used to separate people have been torn down effectively by online connectivity.

Previously, there was a showdown between US and China over the Scarborough Shoal and the Spratlys where Fulford reported that there was an attempt by the Dark Cabal to recover gold bullion in the islands near the area. 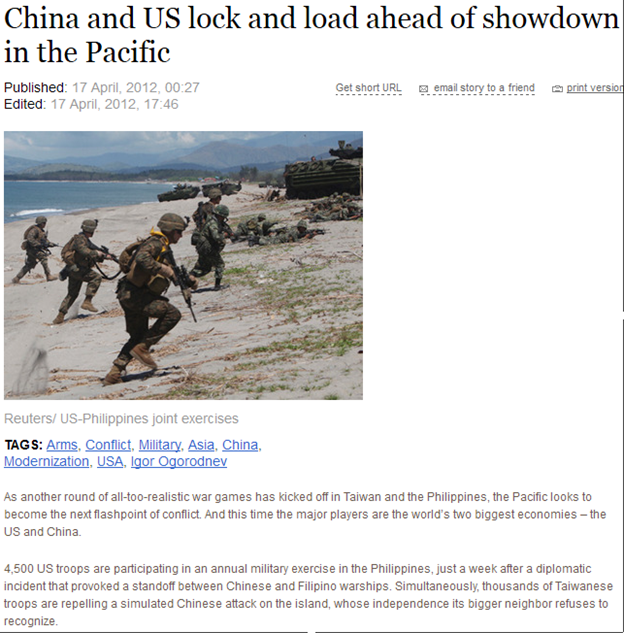 There’s now an ongoing negotiations between the Philippines and China over maritime disputes. 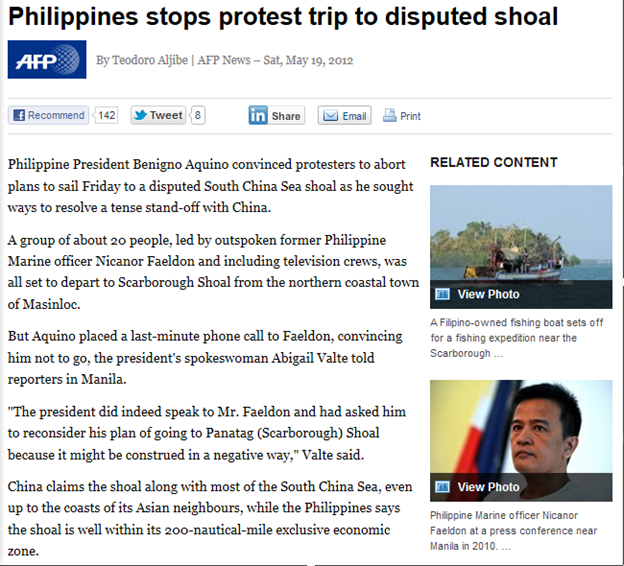 As expected, the Eurozone economy continue its nose-dive with the Moody’s in the mood for cutting rates of 16 Spanish banks and downgraded 26 Italian Banks. 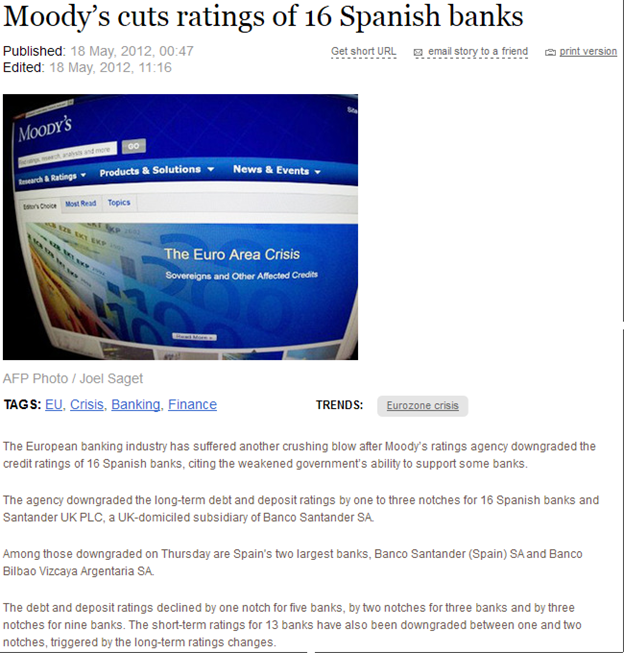 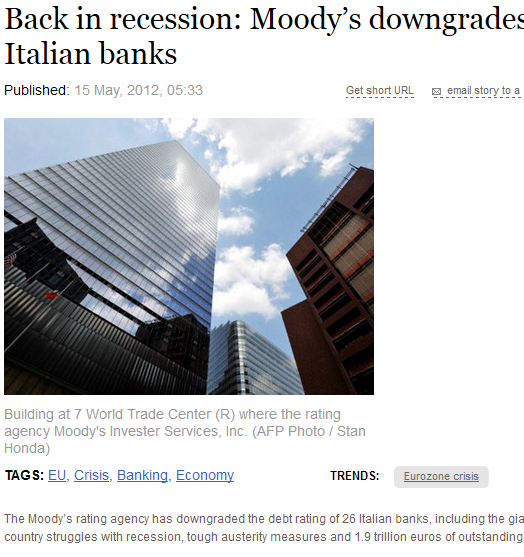 The end is near for these banksters.

Over at the Dark Cabal’s headquarters, the infallible White Pope is exploring his legal options against the Vatileaks author and publisher. 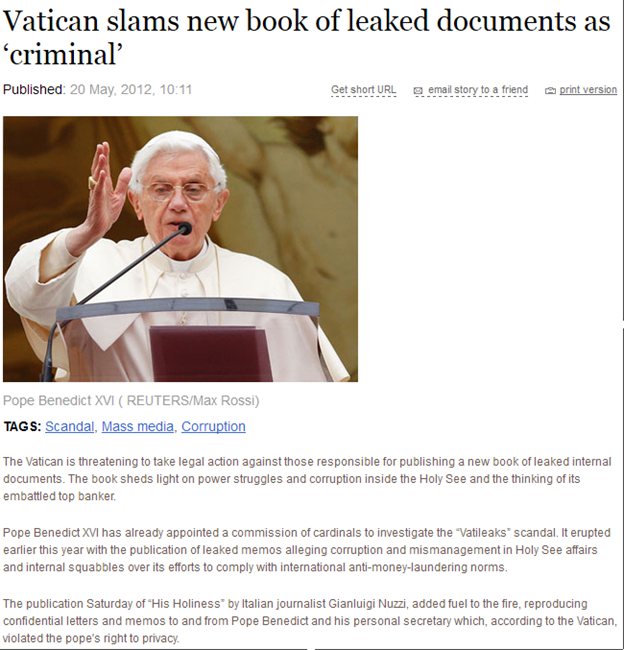 Events slated for next week are something we can all look forward to very positively, as opposed to the assassination planned for Obama and NATO officials which could led to another war, this time, a race war between blacks and whites.