It was expressed to me through ‘channels’ to state the following :

There are two parts to this:

IF needed our military will contact us. In the field this will be a couple of troops, an NCO, and an officer, lieutenant, captain, major, or colonel. They should be saying hello, or some other greeting, telling you they are there and want to talk.

Otherwise, sit back and watch the fireworks.

I suggest we remain fully alert and vigilant just in case.

According to the information that has been given, we beat their time table.  Plus it seems that our military has won its battle/argument internally, the good guys won and are now in charge.

The three items above are what was given to me to broadcast.

The last item was the call of GREEN LIGHT.

There are TWO green lights. One as stated about the above (tactical) and the other deals with financials. Two commands, both acting according to what was decided as the best way to handle both.

Each being as complicated as they are, separation of these two was the best tactical maneuver because of the acceleration or move up of our enemies’ plans of execution. This had been considered before, but left alone because both were to take place at the same time. Obviously that changed according to the enemy moving their plans ahead of their original schedule.

I was told that a tactical GREEN LIGHT was to be called if asked about it, and I did so. We are still waiting for the secondary GREEN LIGHT of finance. I look for this very soon.

Those who are experienced should be followed, as it is these people who demonstrate calm and cool under extremely intense situations. This can be anyone with this ability.   Military personnel offer the ability to operate effectively under extremes and know how to offer the structure for success where any objective or mission is possible. Pay attention to them.

What we have before us is the awesome responsibility of freedom.  Most have no idea as to the changes this will bring about at all levels, personal, social, and publicly. Everyone will discover that we all need each other, talents, professionally, and personally.  Some hard places to get past are defined as race, creed (beliefs), and superiority.

I have never been prejudiced, as I didn’t see a lot of difference between people. Sure, some people are different looking than me, but, other than that, the person inside was the same.  Most people I’ve ever gotten to know, all had their own personal beliefs, no matter what church they attended. A sort of peace made between a person and their belief in a superior entity.

Superiority is going to be directed by what a person is able to do. A specific talent should be respected in that the person who knows and works with it, should be given a superior respect within that area.

Due to the changes in operation and the outing of this information, it should be obvious that  plans of any kind need to be fluid in order to remain viable. Just as a football play may be changed on the field, tactics change to maintain advantage. Bear in mind that this is our last chance and all of us need to make sure we win.

I have contacted my sources and this is what they said:

However, I did not receive direct confirmation for the Green Light or that the sweep period has already started. If the Positive Military wants to confirm the Green Light or if they want me to distribute any message to the public, they can contact me at cobraresistance@gmail.com . 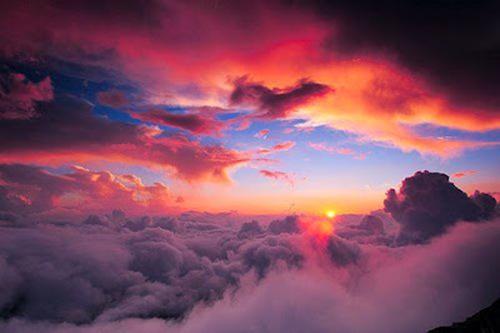 The Resistance Movement will have its own role in the Event and this is known under the codename Operation Omega Phoenix. This operation has two parts.

The First part of Operation Omega Phoenix has just been declassified and I can speak a little bit about it. At the time of the Event, a certain number of Resistance operatives will emerge from their subterranean bases to the surface. They will be wearing plain civilian clothes and not military uniforms. They will closely monitor the mass arrest process and will help the Positive Military and civil authority in the arrests themselves when necessary. Members of the Cabal that will be arrested by the Resistance operatives will be taken to undisclosed locations and later released into the hands of Positive Military / civil authority. The only exception for this are a few members of the Cabal that have committed crimes beyond this planet in their past and must appear before the Galactic Court. Most of those will be later returned to Earth for humanity to determine their destiny, but a fraction of them will be taken to Galactic Central Sun immediately.

Top people inside the Positive Military have been notified about Operation Omega Phoenix and they fully agree with it.