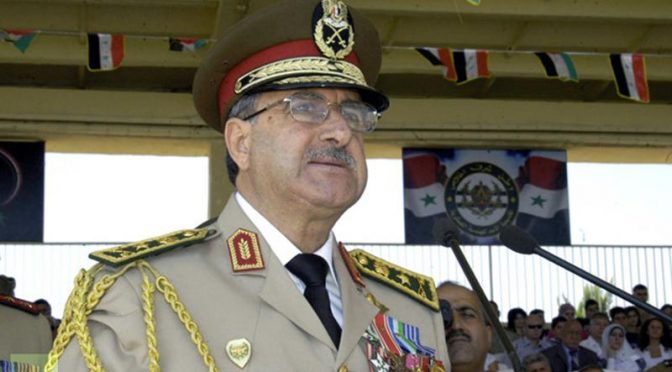 Syria Defense Minister General Daoud Rajha was killed an hour ago by a suicide bomber working as a bodyguard within the National Security Headquarters in Central Damascus. 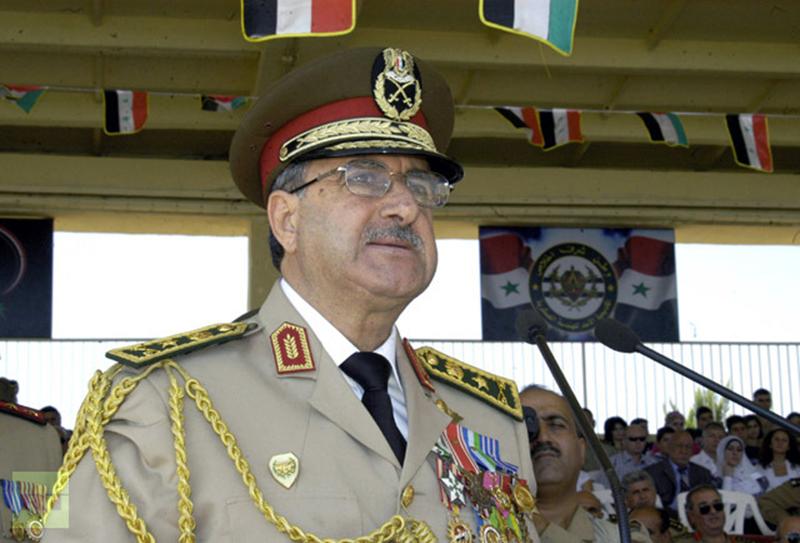 Syrian Defense Minister Gen. Daoud Rajha was killed by a suicide bombing attack at a national security building in Damascus. His deputy – Assad’s brother-in-law Assef Shawkat – has also been mortally wounded by the blast.

Another prominent governmental figure targeted by the attack is Syrian intelligence chief Hisham Bekhtyar. Bekhtyar is currently undergoing surgery for injuries sustained in the blast, a security source told Reuters.

The bomber worked as a bodyguard for President Bashar Assad’s inner circle, the news agency reports its sources as saying.

It also cites a Facebook statement by Liwa Al-Islam, a Syrian rebel Islamist group which has claimed responsibility for the attack.

A meeting of Syrian ministers and security officials was taking place on the premises at the time of the blast, Syrian State TV reported. Several top Syrian officials have been badly wounded by the bombing.

The area around the national security building in Rawda district has been cordoned off. 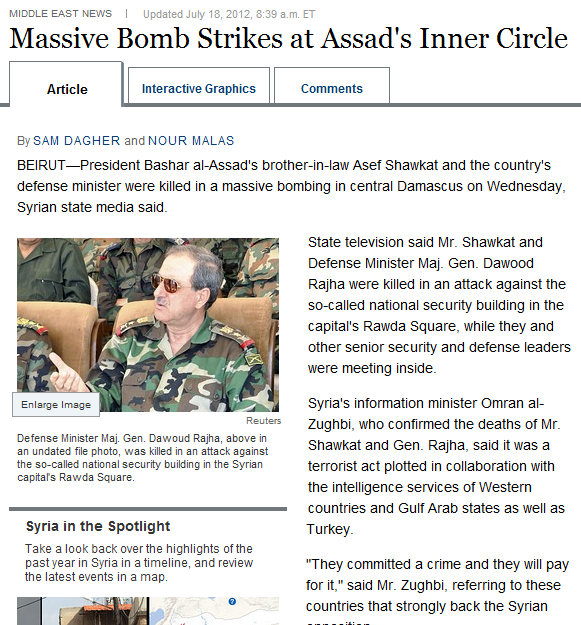 The CIA-backed instability in Syria is definitely worsening in spite of the efforts towards peace by Putin and the rest of the BRICS nations. 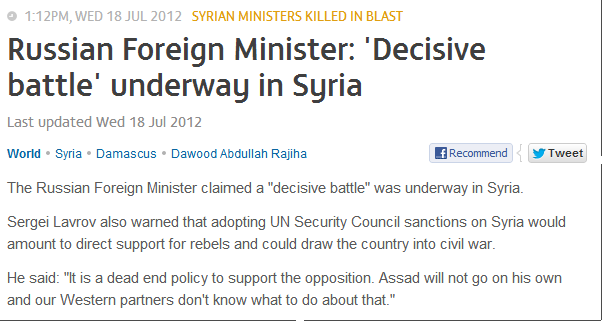 Below, is proof enough that those who ousted and killed Gaddafi are the same animals that are now swarming the Syrian capital of Damascus. 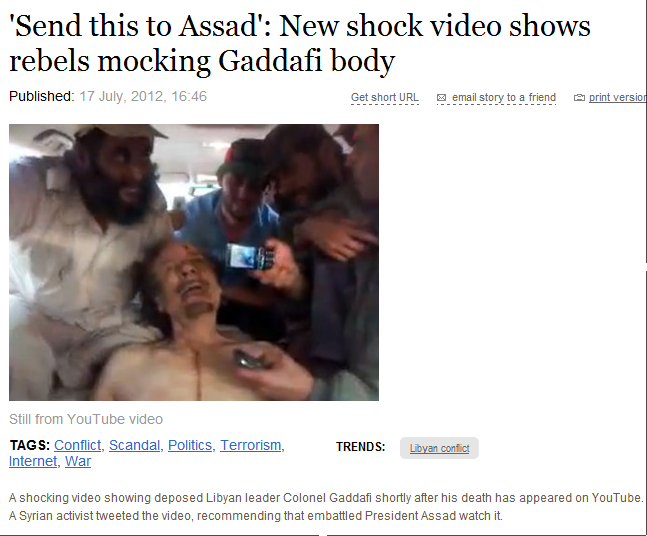