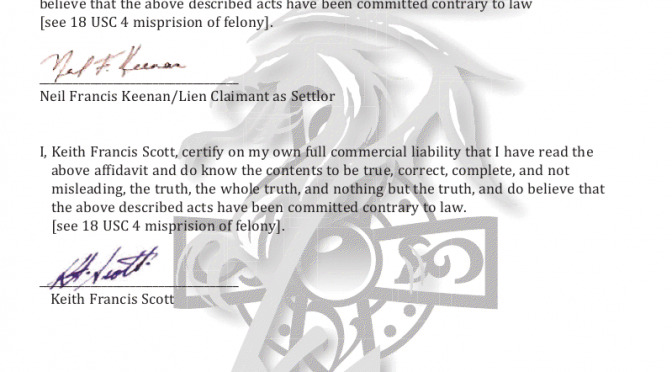 In yet another sign of Executive Desperate PowerPlay, two of the prominent puppets of the corporate Federal Reserve, Geithner and Bernanke, are demanding another Puppet Collective, US Congress, to prepare for yet another Legislated Bailout much higher than the previous $15 Trillion that no one knows officially until now where it has gone.

Drake Bailey is asking us to…

DOWNLOAD AND DISTRIBUTE THE PDF LEAFLET OF THIS STATEMENT

Capitol Hill sources have confirmed that Treasury Secretary Timothy Geithner and Federal Reserve Chairman Ben Bernanke are demanding that Congress prepare emergency legislation for yet another hyperinflationary bailout of the hopelessly bankrupt trans-Atlantic financial system. For the past week, the two men have been meeting secretly with leading Congressional Democrats and Republicans, demanding that they draft new legislation to bailout the banks on an even larger scale than after the 2008 collapse.

According to several congressional sources, Geithner and Bernanke have pledged that they will do everything in their power to flood European banks with bailout funds through the Federal Reserve, but they candidly admit that it may be impossible, and that congressional action may be required. If the crisis hits, they warn, there must be legislation already prepared, because the speed and magnitude of the crisis may require extraordinary intervention to “save the system.”

Lyndon LaRouche today denounced the Bernanke-Geithner efforts as “tantamount to treason.” “The current Trans-Atlantic system cannot be saved” LaRouche warned. “The only option is the immediate reinstatement of the original Franklin Roosevelt Glass-Steagall Act. It must happen now!” LaRouche warned that, as of Thursday or Friday of this week, the entire European financial system will explode. “Either Germany will hold firm and refuse to surrender the last vestiges of national sovereignty, or Europe will go into a hyperinflationary breakdown. It all hangs on Germany.” German Chancellor Angela Merkel is under pressure from a swarm of British and Wall Street agents – from Geithner and Bernanke to George Soros – to agree to a German bailout of the entire euro system. “The reality is that the gambling debts of the European and Wall Street banks can never be paid. The only option is an orderly cancellation of all those trillions of dollars of gambling debts by reinstating Glass-Steagall.”

Rep. Marcy Kaptur (D-OH) has introduced H.R. 1489 to reinstate Glass-Steagall and the bill now has 69 co-sponsors from both parties. Last week, LaRouchePAC exposed the fact that former Federal Reserve Chairman Paul Volcker has been mobilized, on behalf of Geithner and Bernanke, to sabotage the passage of Glass-Steagall. Now, Geithner and Bernanke are pushing for another even bigger taxpayers bailout of Wall Street and London’s gambling debts. According to Capitol Hill sources, even Rep. Barney Frank (D-MA) rejected the Bernanke and Geithner demands!

Lyndon LaRouche reiterated that the only option is Glass-Steagall. “Anyone who is not fighting for Glass-Steagall now is going to be judged a traitor to humanity. The only way to save the viable commercial banks is to end the bailouts and go back to Glass-Steagall. If Glass-Steagall is not passed into law now, we face the danger of total chaos, when the system comes crashing down. It could happen as early as the end of this week, as the European crisis reaches a break point.”

CALL YOUR FEDERAL REPRESENTATIVE AND TELL THEM: NO MORE BAILOUTS, RESTORE GLASS-STEAGALL

The below soon-to-be refiled Dragon Family Lawsuit is just one of the main reasons of all these Executive Desperation.

Study them so you will know them.

Keenan is to refile in the near future.

The Liens are in effect, and the liened banks are now in default. 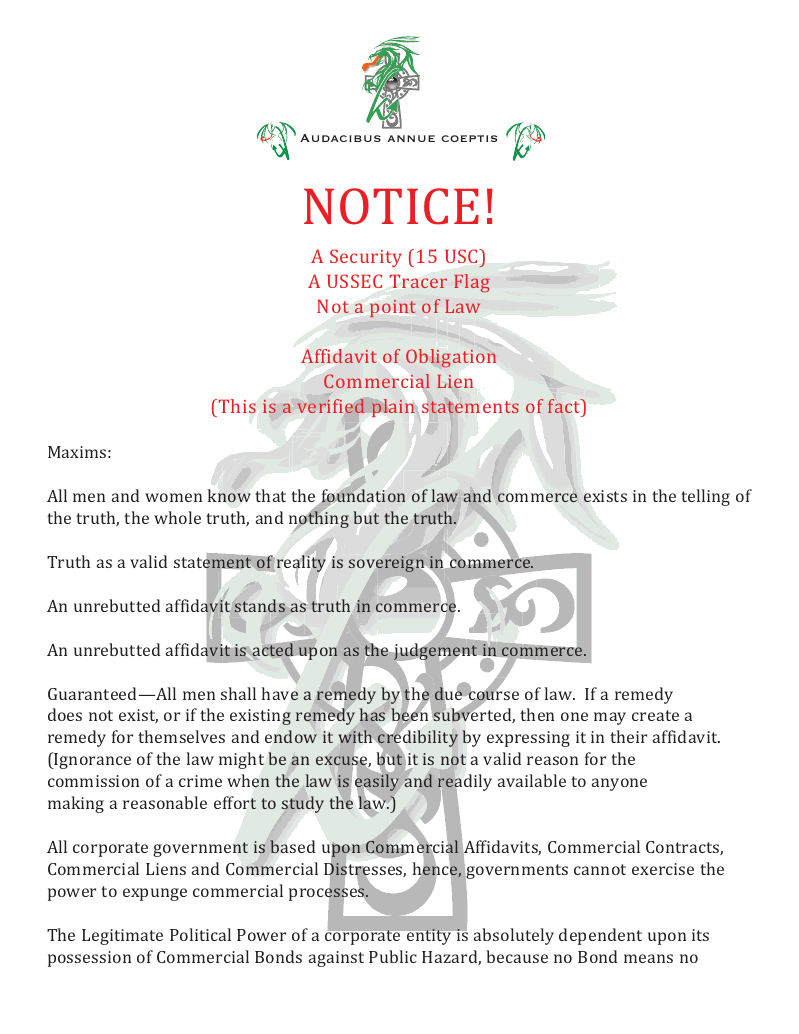 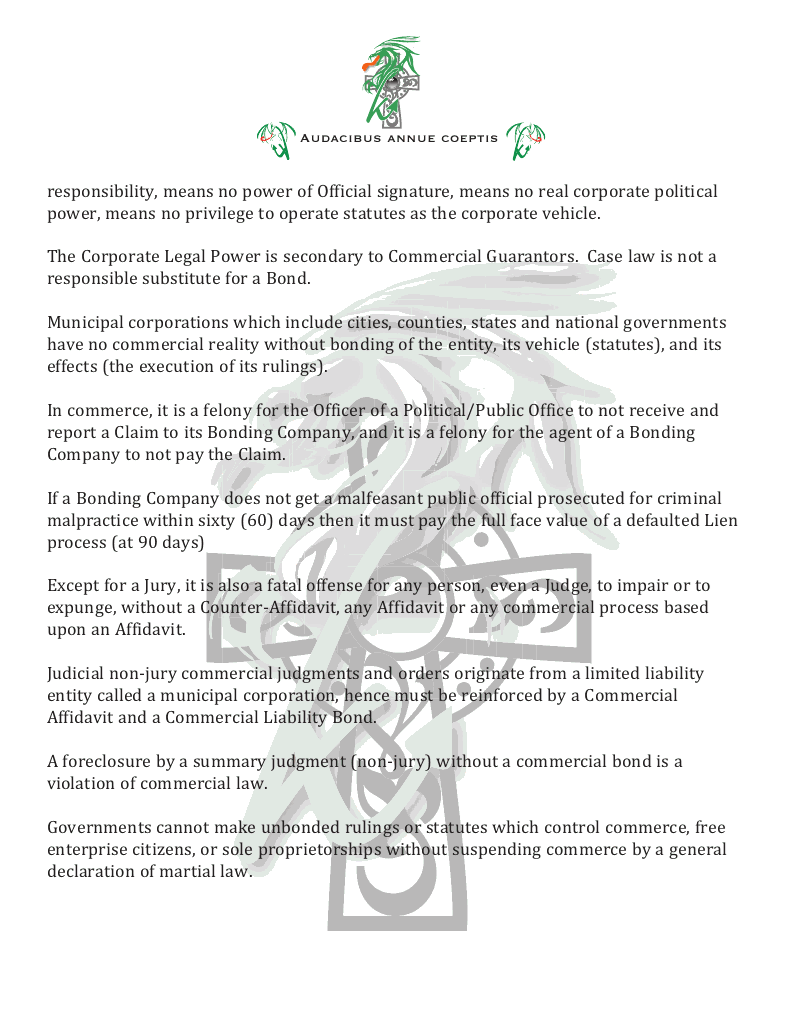 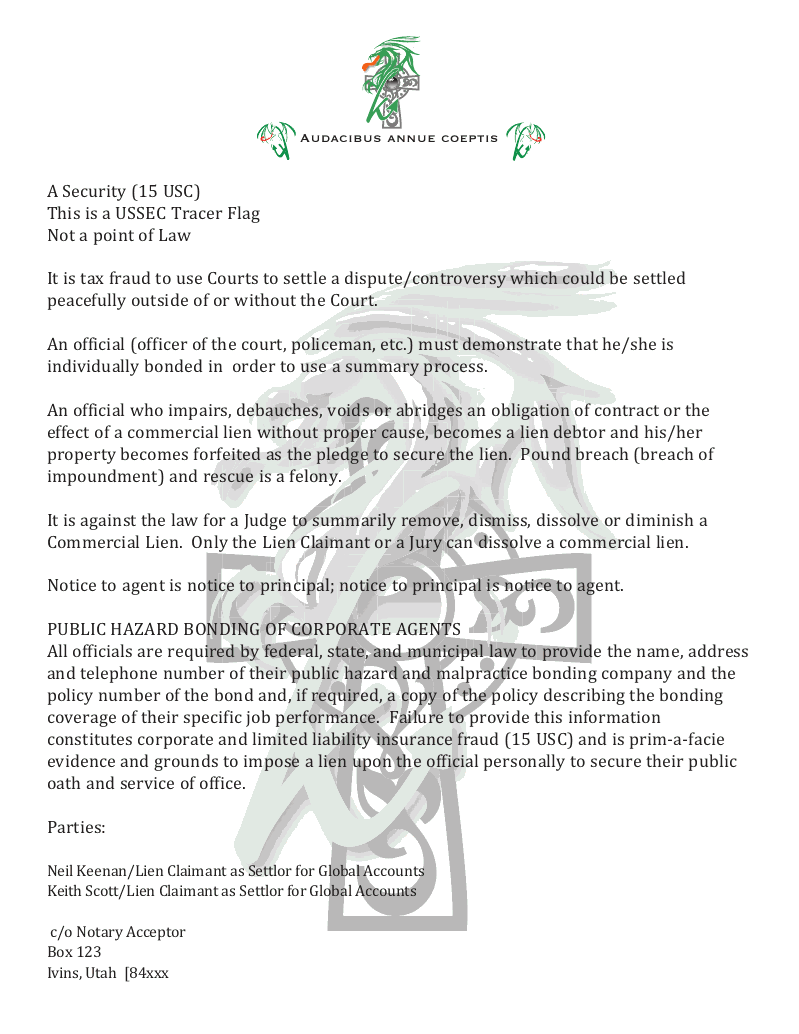 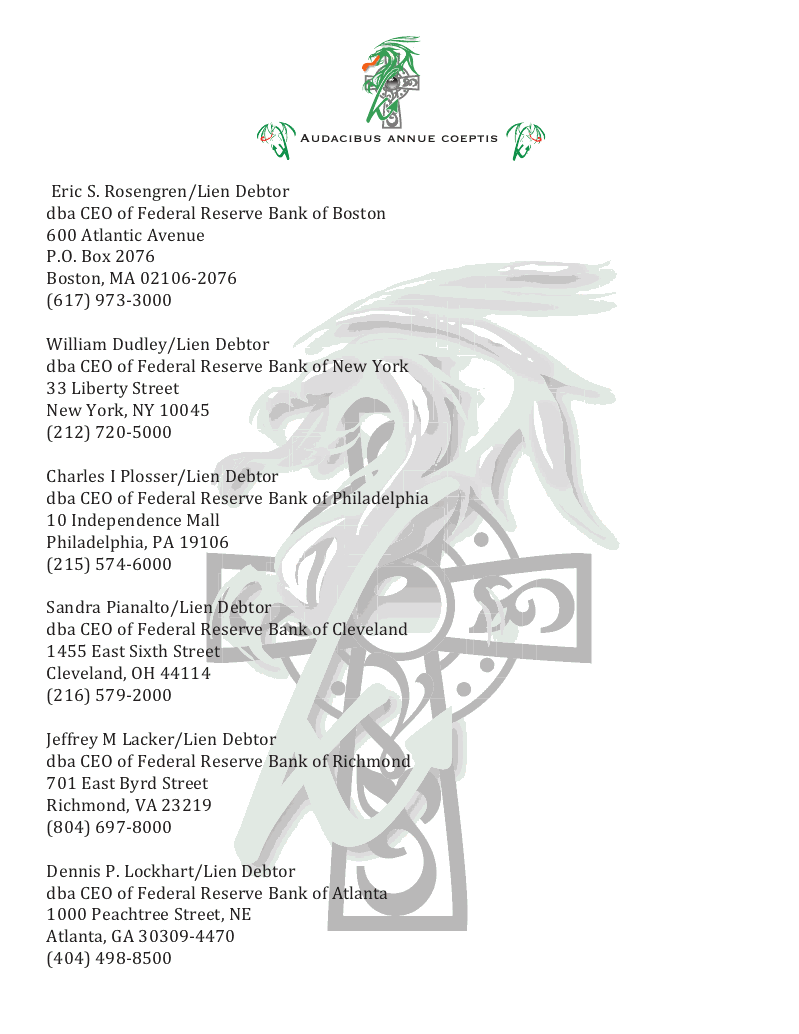 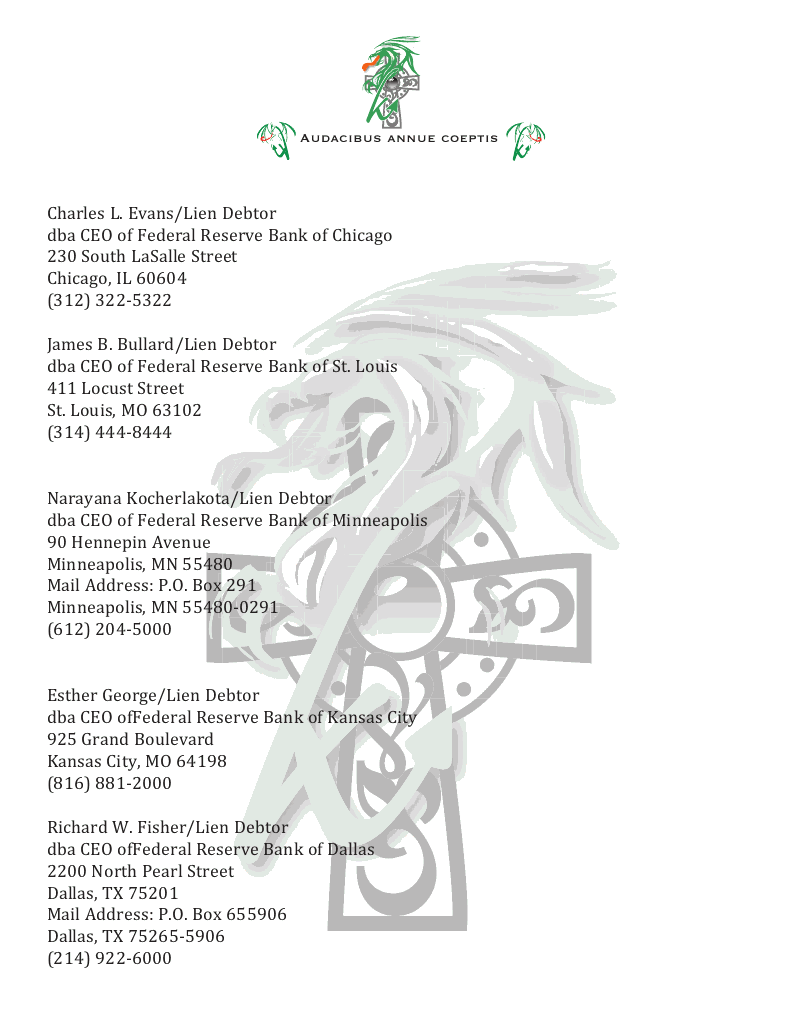 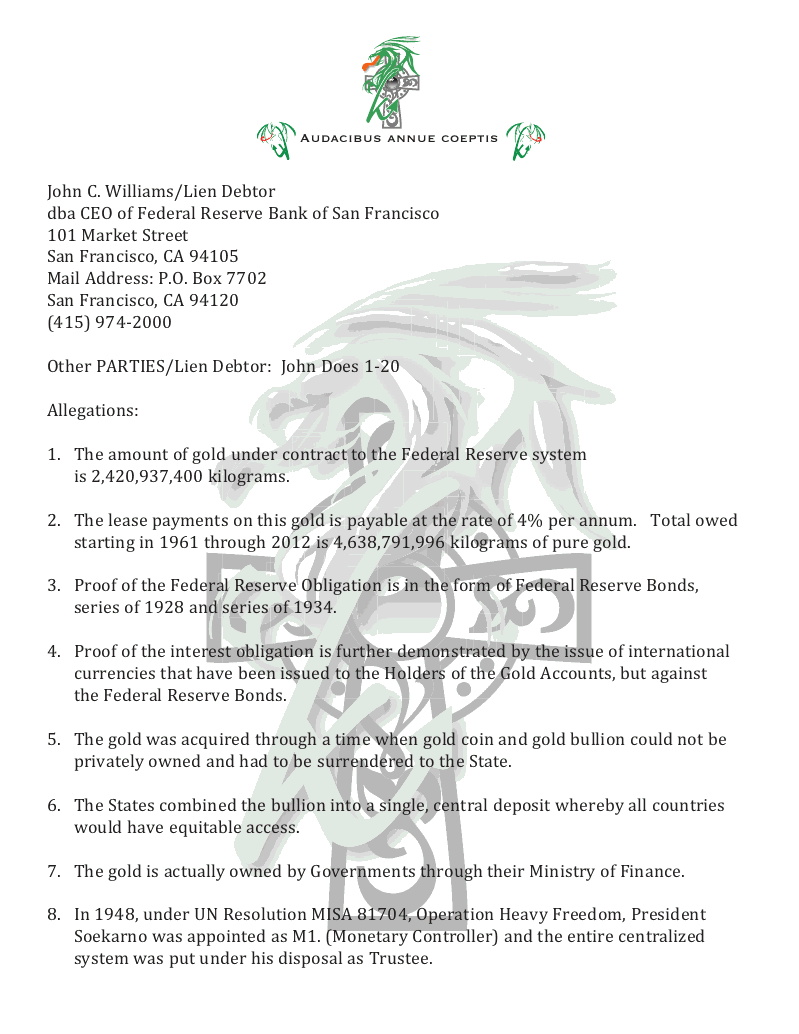 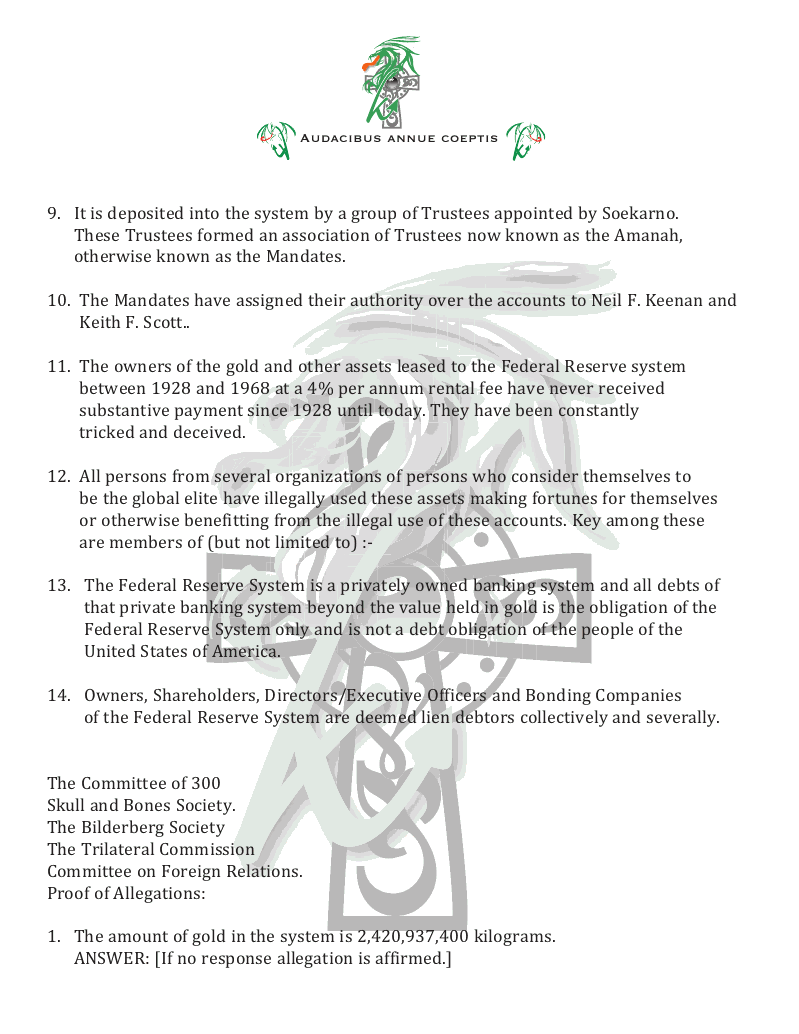 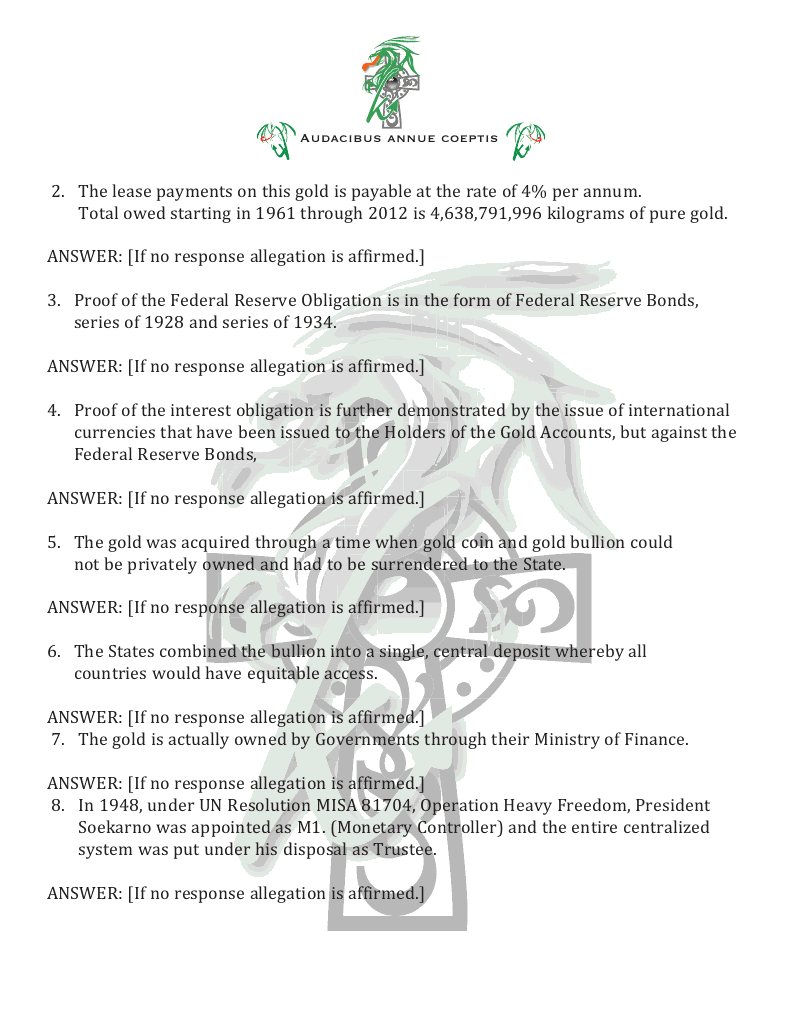 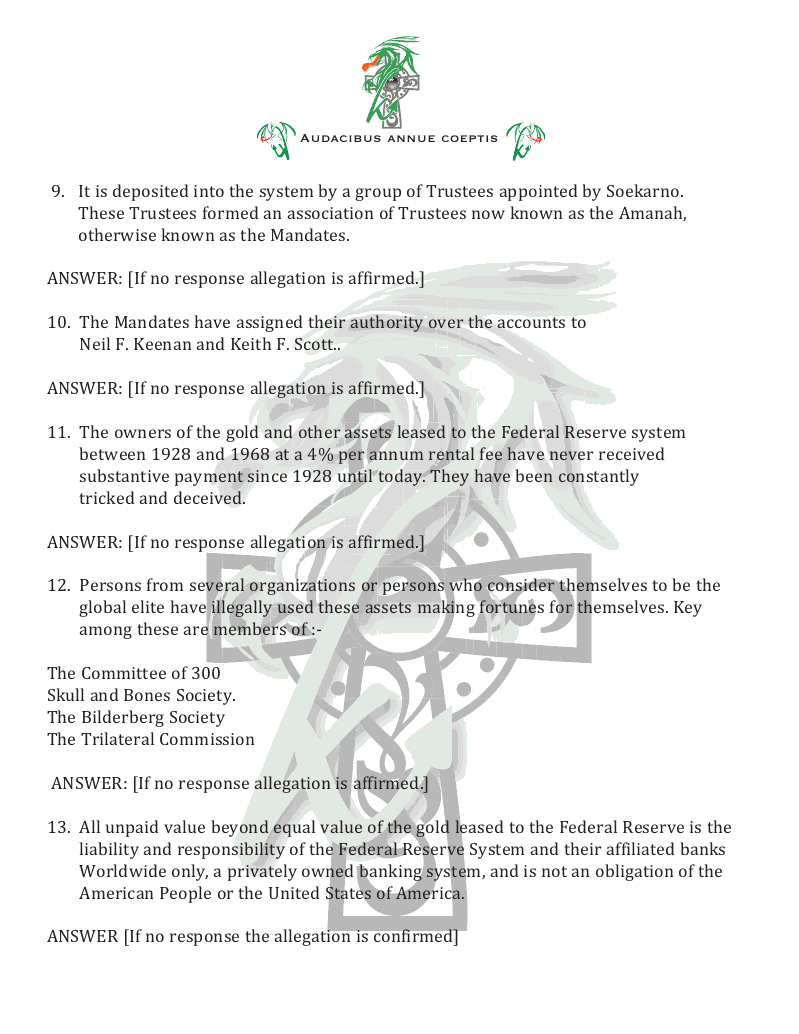 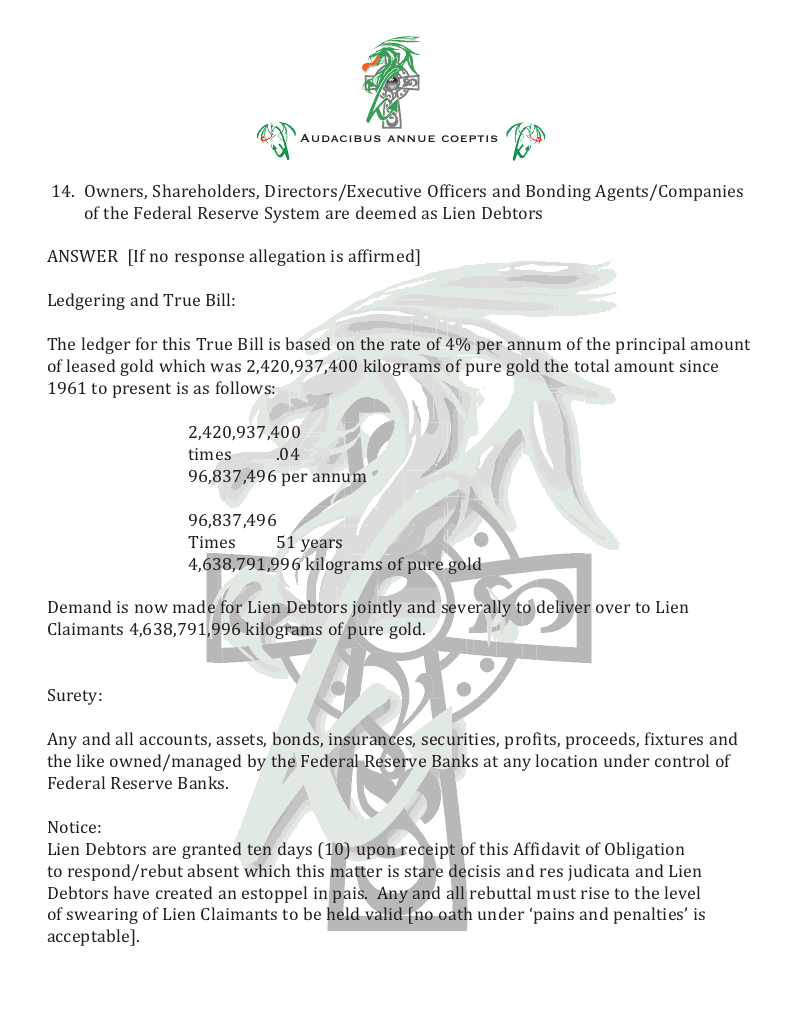 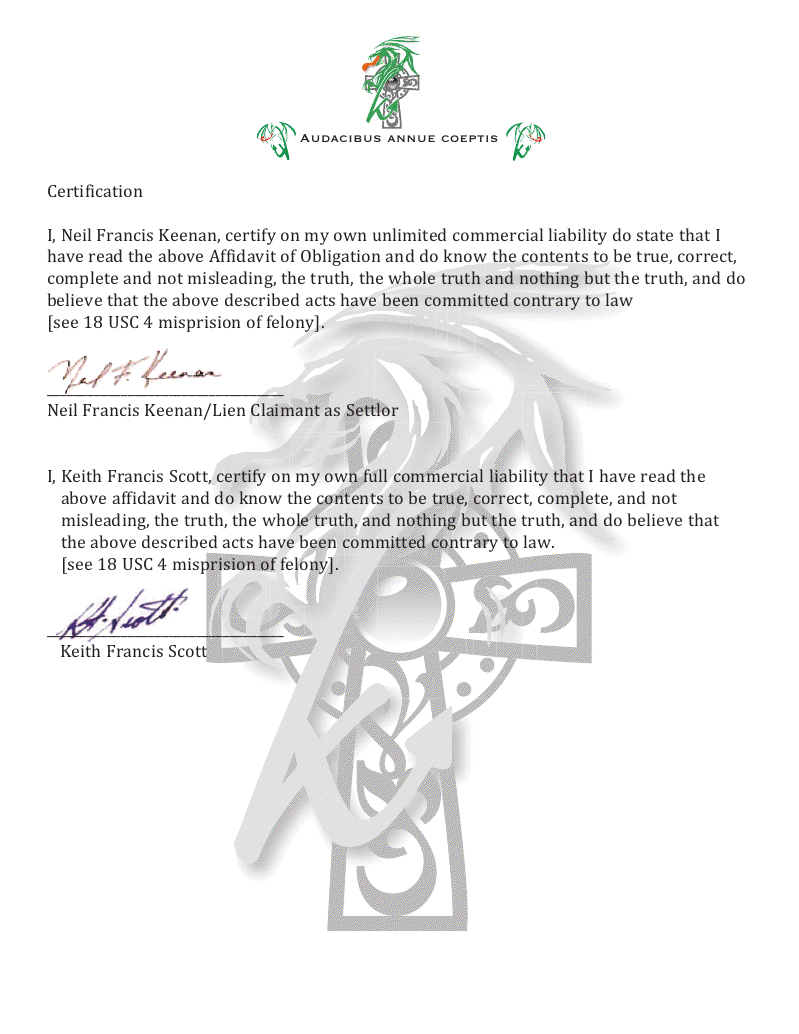 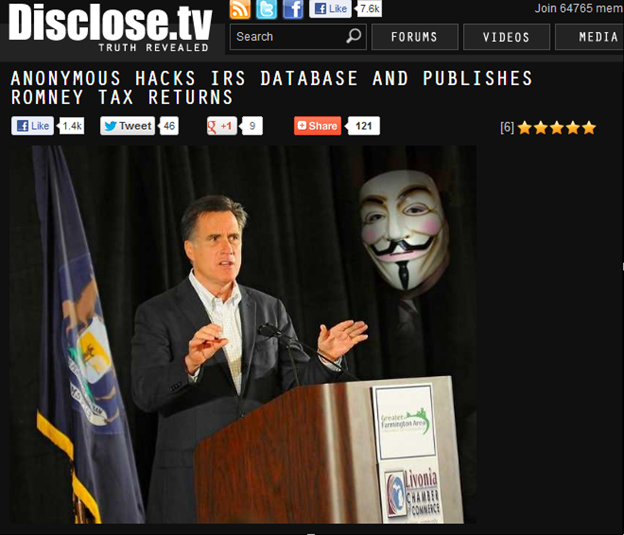 August 1, 2012 – Late last night, the mysterious group of hackers known as Anonymous successfully hacked the main database for the Internal Revenue Service. The group appeared to have a singular target- Republican Presidential nominee Mitt Romney. Romney has been criticized by both parties for his failure to produce more than one past tax return.

The Anonymous attack successfully retrieved 25-years worth of Romney’s tax returns and published them without permission on major websites throughout the Internet. The majority of these websites removed the returns within minutes, however it was too late to completely protect the candidate’s already tainted image.

In any event, the Big Assholes are now fighting each other.

I’ve read about Spy vs. Spy series in some MAD pocketbooks in the 70s and I enjoyed it then. But this one below is as hilariously MAD as one could get. 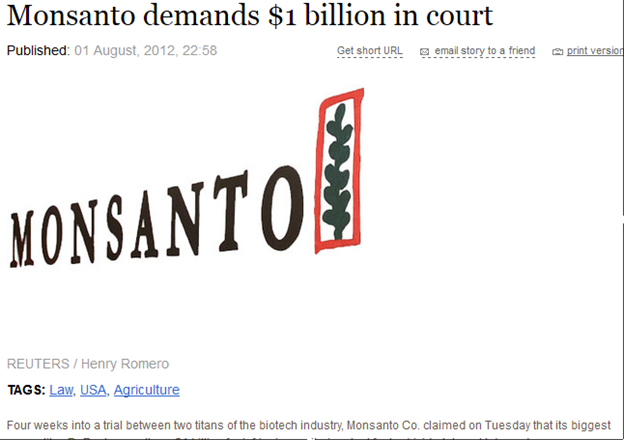 Four weeks into a trial between two titans of the biotech industry, Monsanto Co. claimed on Tuesday that its biggest competitor, DuPont, owes them $1 billion for infringing on their patent for herbicide-tolerant lab-made crops.

Monsanto insisted this week that rival company DuPont owes them $1 billion for producing genetically modified crops that were designed to withstand the herbicide Roundup, a technology for which the leading biotech corporation has a patent for. Monsanto’s accusations are based on hundreds of lines of DuPont-made soybean crops that combined the patented Roundup Ready trait with their own herbicide immunity called GAT. Although DuPont claims that their products performed better than Monsanto’s crops by combining technologies from both companies, Monsanto maintains that DuPont infringed on their copyright going back several years and should now compensate them to the tune of $1 billion.

DuPont has filed a counterclaim in response under the argument that Monsanto deceived the US government in getting patent approval for their Roundup Ready crops. Attorneys for DuPont say that Monsanto was not clear with the US Patent and Trademark Office about what genes used in their Roundup Ready crops actually helped organisms fight off herbicides, allowing them wide breadth to thwart similar attempts at the technology from its competitors.

Remember that case between JPMorgan and the Vatican Bank?