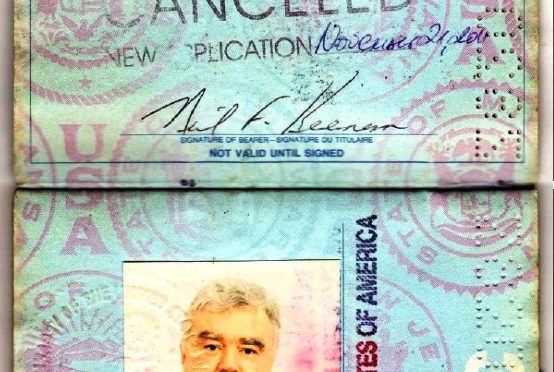 One of the final documents that will bring down the Dark Cabal in charge of the world economy for centuries is about to be served. You are all enjoined to spread the most important document of the 21st Century.

Unlike the Obama Birth Certificate, the evidence below is absolutely unimpeachable.

The recovery of Asian Treasures will be used for the financing of massive worldwide development, as it was intended to be from the very beginning and up to the time of Soekarno and Kennedy, through the release of all suppressed technologies including free energy, anti-gravity and teleportation, organ and limb regeneration, replicators and all other exotic knowledge hidden from ordinary mortals.

The legitimate owners of these stolen properties are fully aware that once all these technologies are fully and responsibly implemented, the use of any currency will become  irrelevant.

December 2012 is not the end of our world. It is the end of the world of the Dark Cabal hiding behind the deception of religion in all its forms including politics, envelope journalism, and show business. It is the beginning of the Golden Age that the writers of the old have predicted. They knew we‘ve been in this juncture before. But our past inaction and miscalculations led to a nuclear war thousands of years ago.

We, through the use of the internet, are the new mainstream media now. This is our responsibility. This will be our token contribution to save humanity from itself. 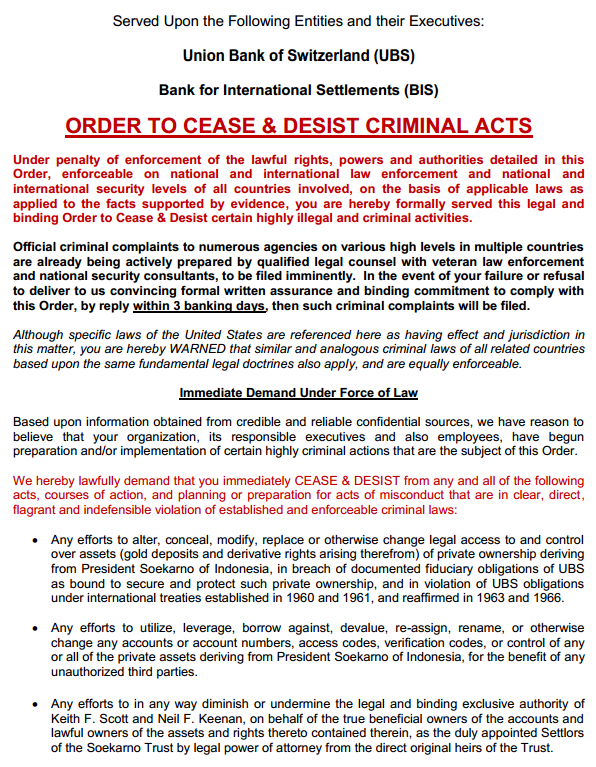 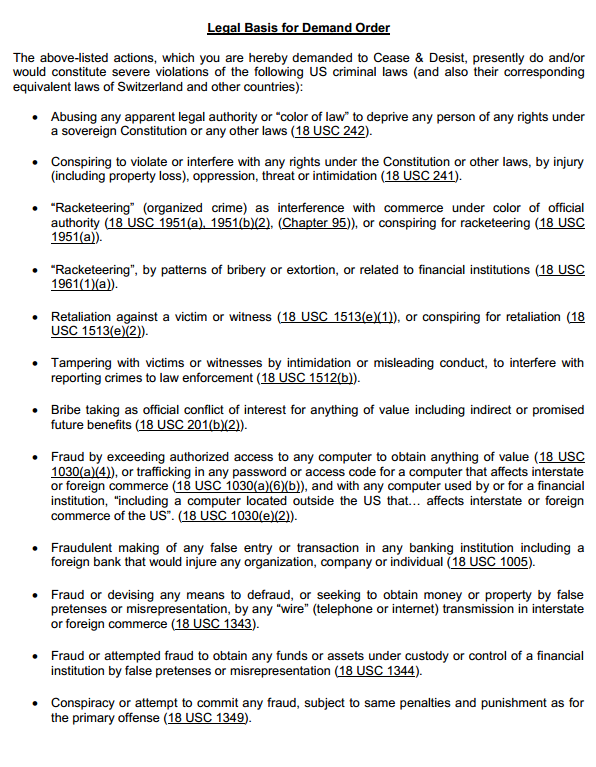 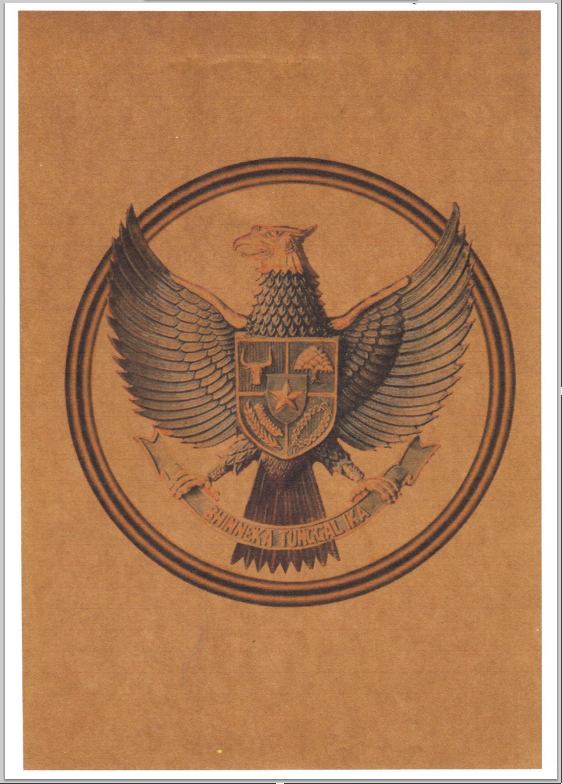 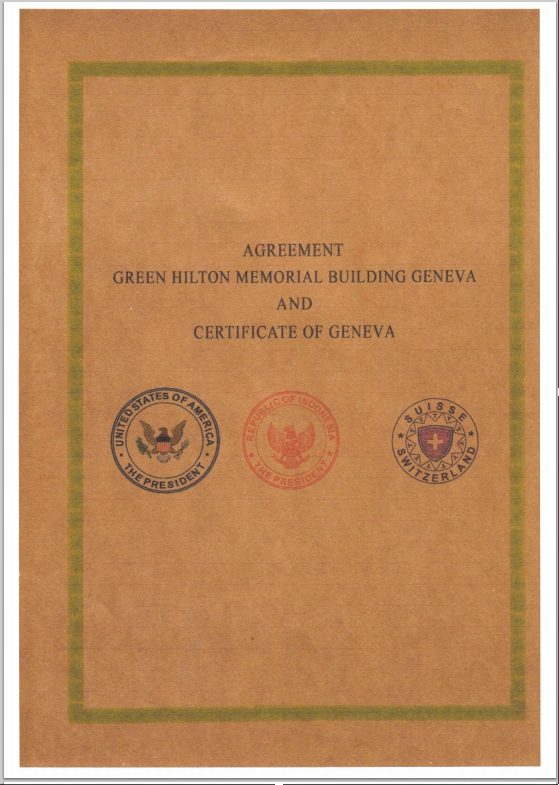 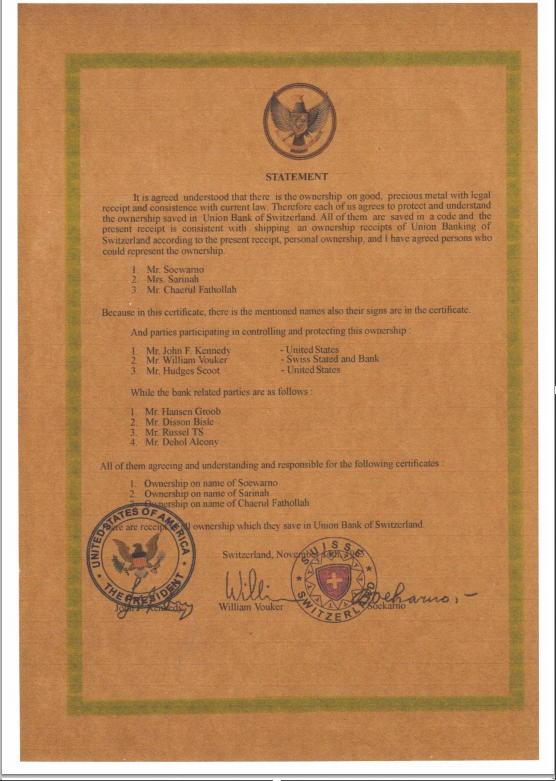 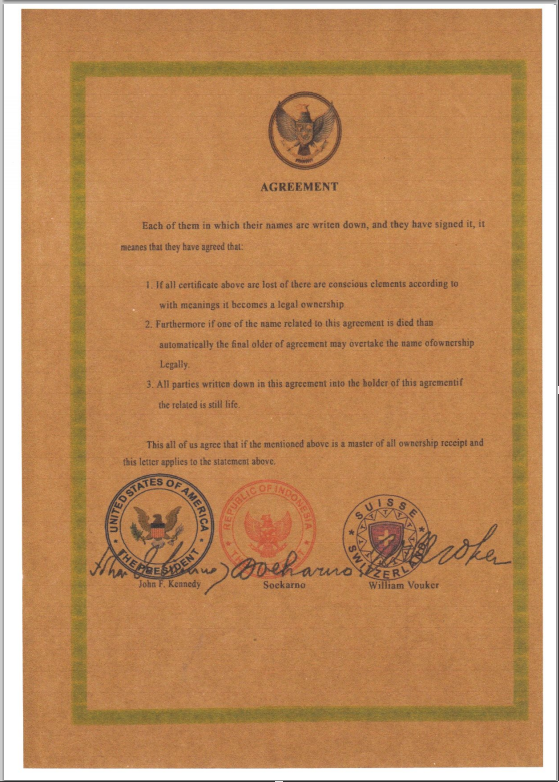 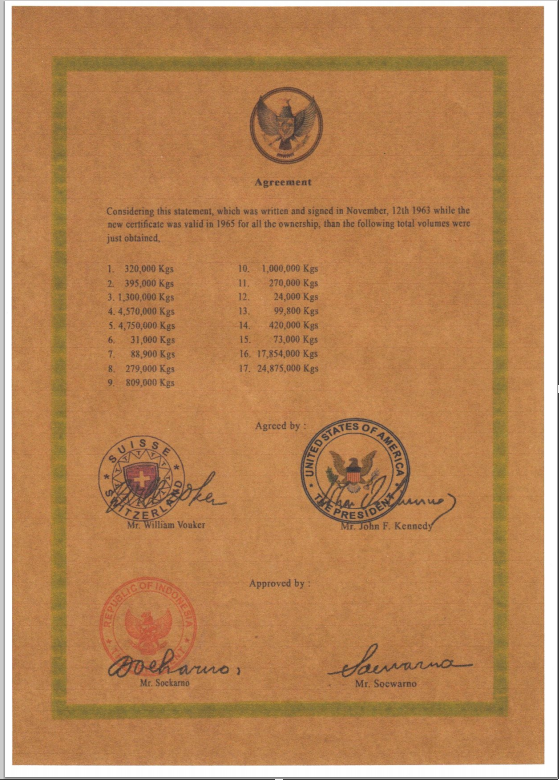 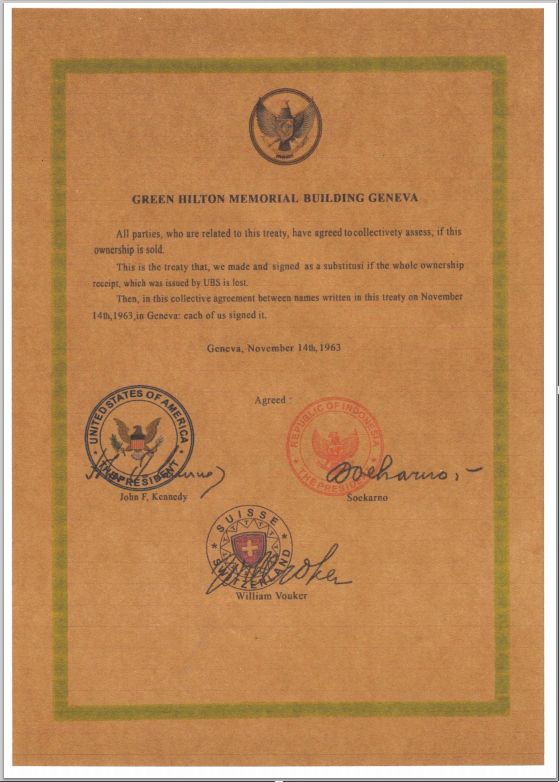 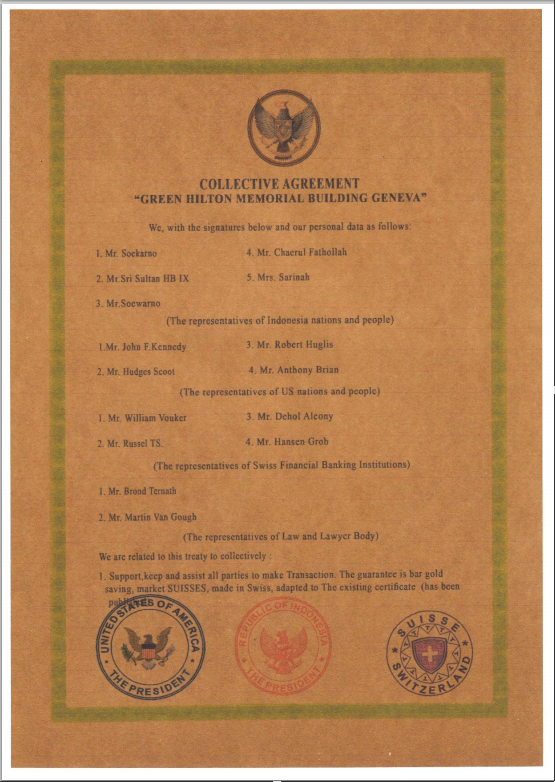 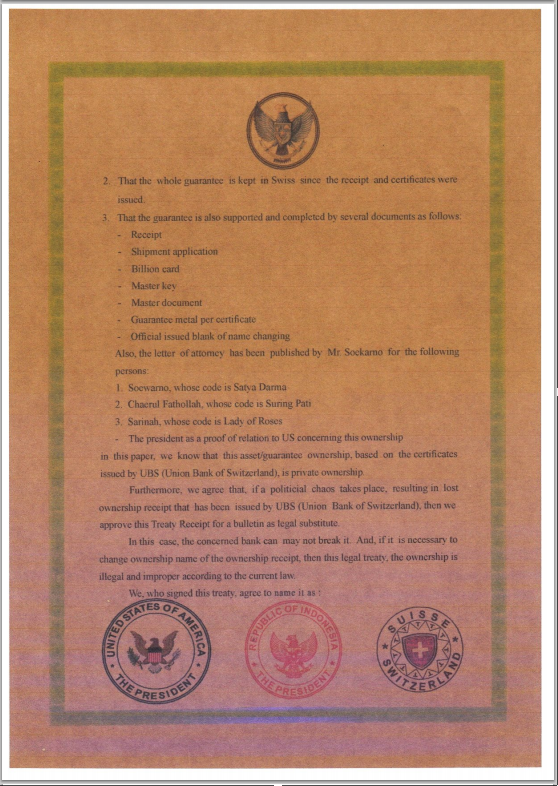 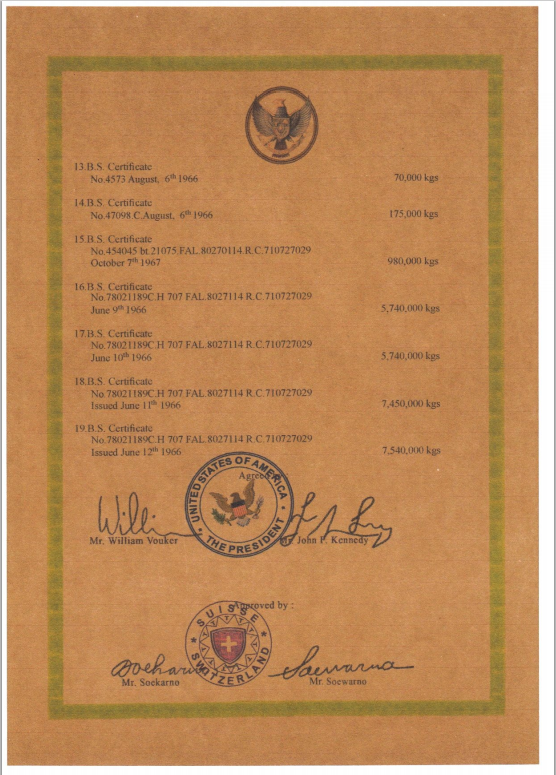 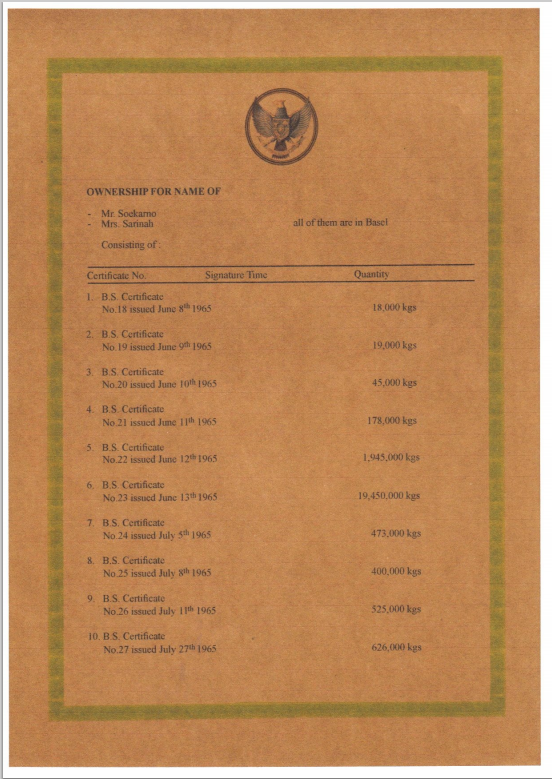 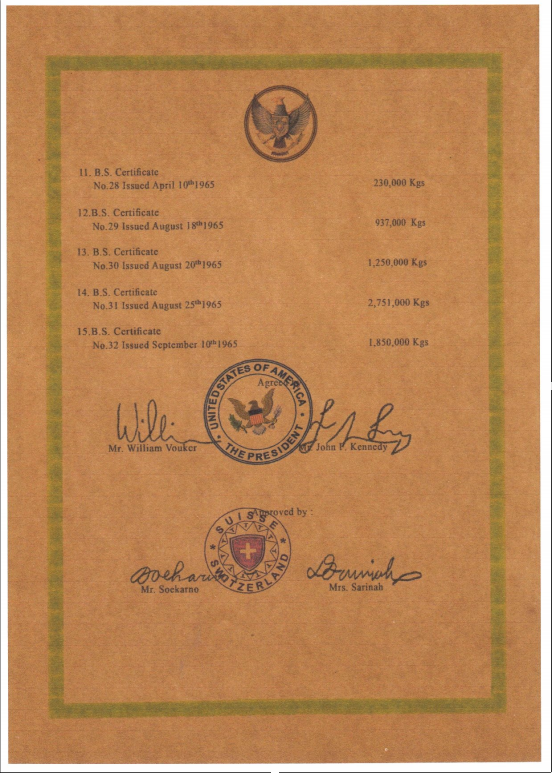 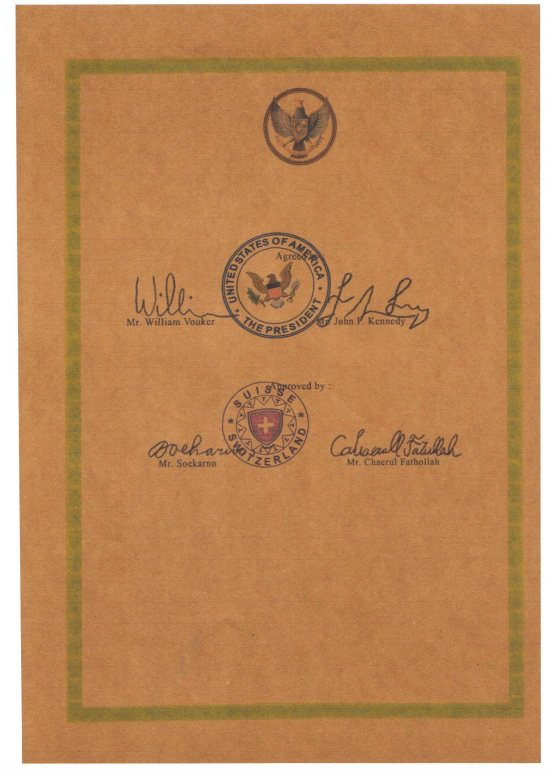 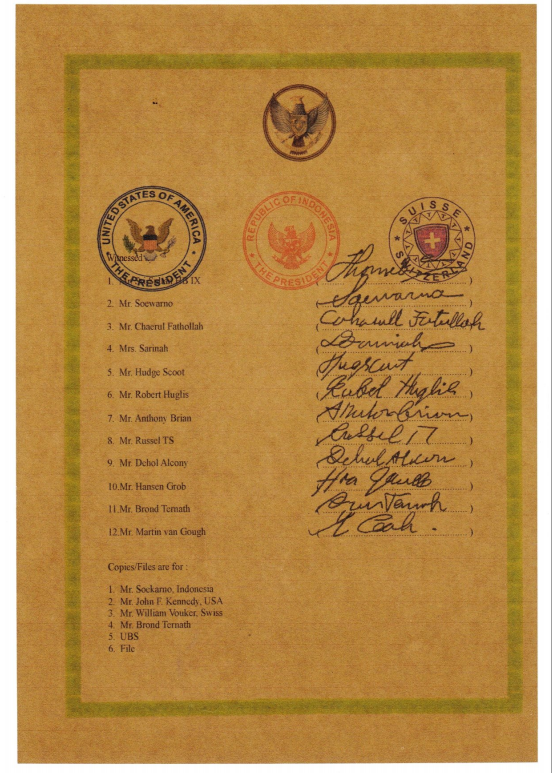 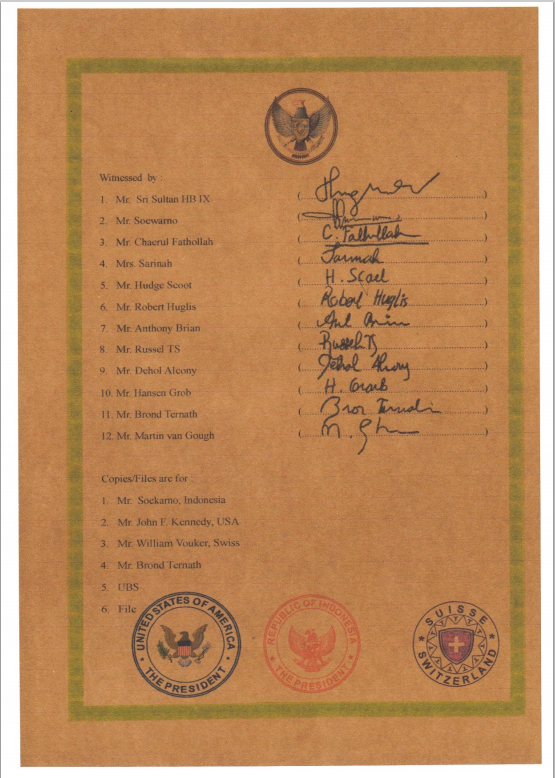 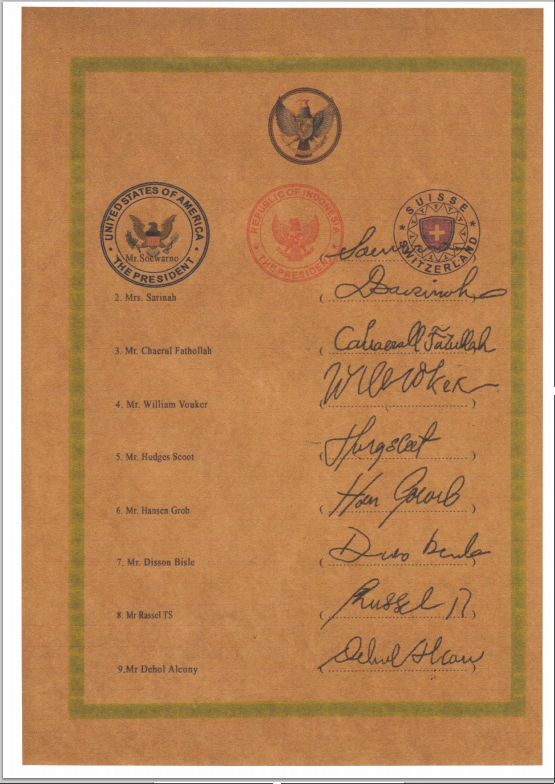 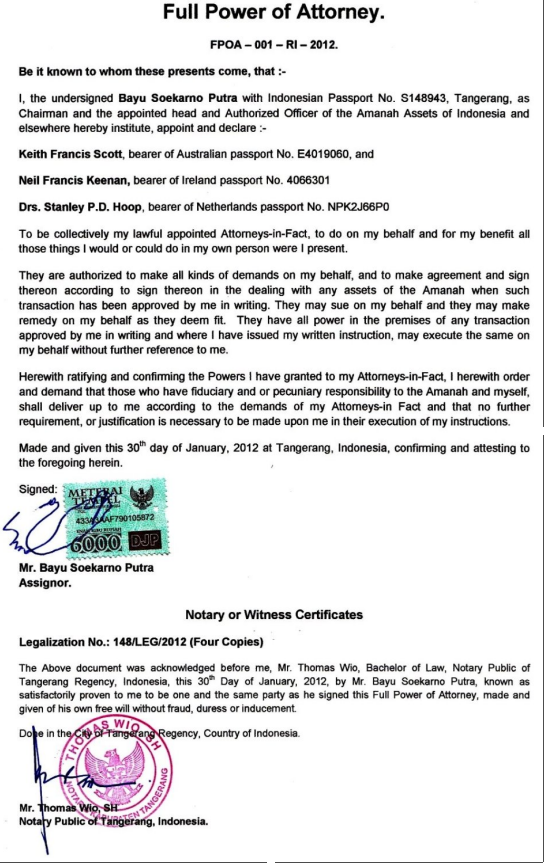 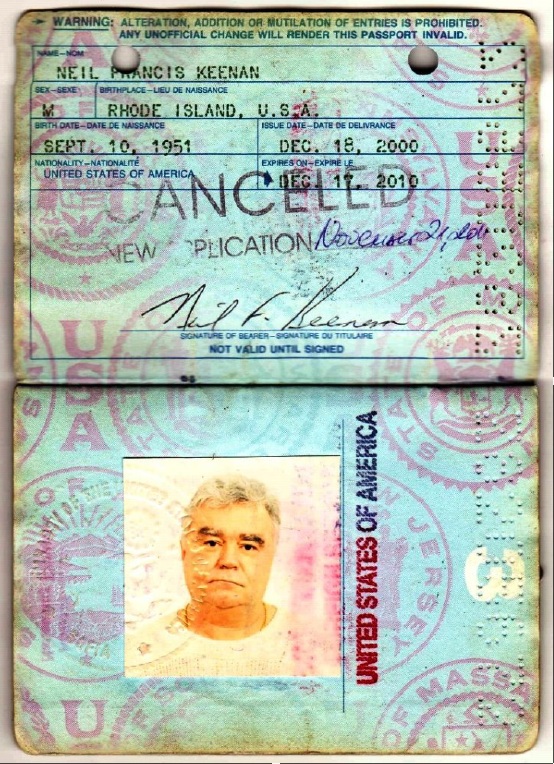 NOTE:  This is the reason dates don’t seem right. – Drake

The Green Hilton Agreement was not implemented until 1968 (this is why the dates differ between Kennedy’s signature and the dates of the assets) when Soekarno fell from office and when Global Trade made it imperative that the world have a Global Currency.

As the Gold had been transferred to the US Treasury in 1968, a series of Bonds known as Kennedy Bonds were issued in order to honor the terms of the Green Hilton Agreement made between Kennedy and Soekarno, the 1968 terms of the gold delivery to the United States being different than made in 1934.

When after 30 years, interest had not been paid as promised, a reissue of the bonds in an increased number were issued as commemorative notes and were accepted by the owners of the Gold, the Dragon Family being held by the Soekarno Trust, the Indonesian Elders, Holders and Gatekeepers.

The Soekarno Trust held mostly all assets throughout Asia.

Blue Book established the blood lines.  Queen E and Bill C are in it…Most of the Royal Families are in it.  They have kept the money amongst the families from the very beginning.

CRUCIAL for all those seeking answers to the engineering of the global banking/economy meltdown. Please see/read, esp.the 1963 docs. enclosed (note all ultimately signed 1 wk. before JFK assassination).

A crucial read, in view of current events having global cartel teetering on the brink of total banking, etc. takeover. It is also key to know that the Vatican bank was/is used by CIA to funnel fund$$ to political puppets, mercenaries masquerading as demonstrators/protestors’ who morph into ‘rebels..then freedom fighters…then..in current scenario…in Syria..the Free Syria Army’.

A must read (see the documentary) is “The Man Nobody Knew’ on CIA’s William Colby, by his son.

Very enLIGHTening ..from $$ conduits to Vietnam assassination programs). Colby told the truth, was removed by Nixon, who then put George Bush I in charge of CIA. [later allegedly murdered just before retirement – wanted to reveal ETs. ~J]

Another must read to connect the dots is “Murder in the Vatican” by Lucien Gregoire (on the strange death of Pope John Paul I, who ordered a complete accounting of the Vatican bank and of all the Vatican’s treasures, on his first day in office, and died 33 days later.) And absolutely read ‘The Family: The Secret Fundamentalism at the Heart of American Power”, by Jeff Sharlet. By Namaste. B On Jeanie Haines site…..

Thanks a lot, Drake and Neil.